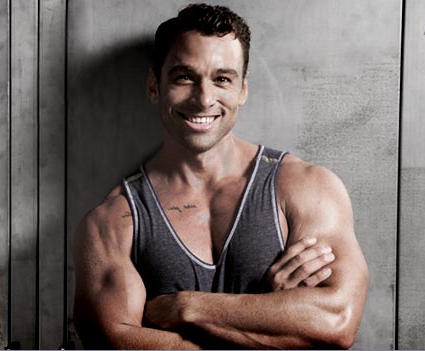 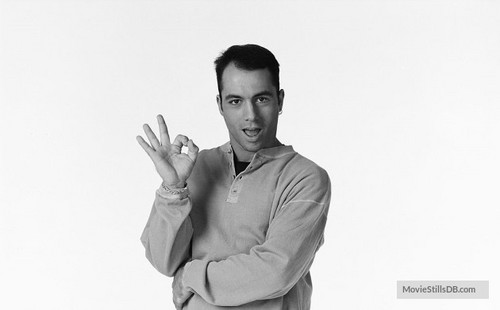 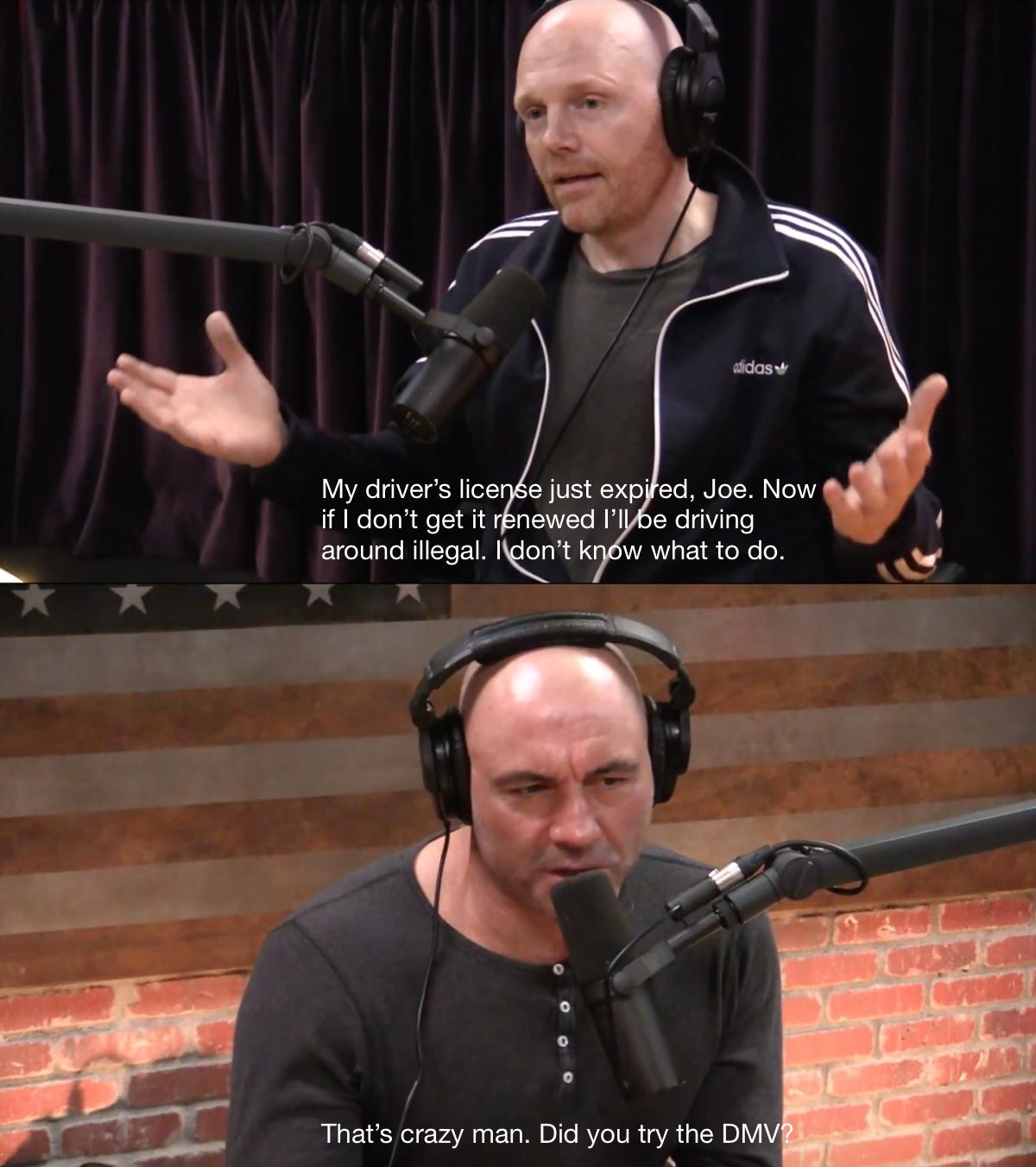 That vocal fry made my penis retract into my body..... now I can feel the tip inside...... when I touch my shoulder

This is not Joe Rogan, it's John Romaniello

This is him in a photo shoot while in character about a weirdo conspiracy theory electrician. Most of the rest of the pictures are completely innocuous and far more "straight" looking. Who knows, maybe the gay photographer (many of them are) wanted him to do some silly pose and he did it.

He literally states that he's never had anything up his ass other than by a doctor (presumably as part of a routine check-up). Otherwise it's comedians on a podcast joking about a guy caught with 100 bags of drugs up his ass.

All the above adds up to less than jack shit. Could he be gay? Bi? Sure.

Does anything above even begin to make a reasonable person question his straightness? No. 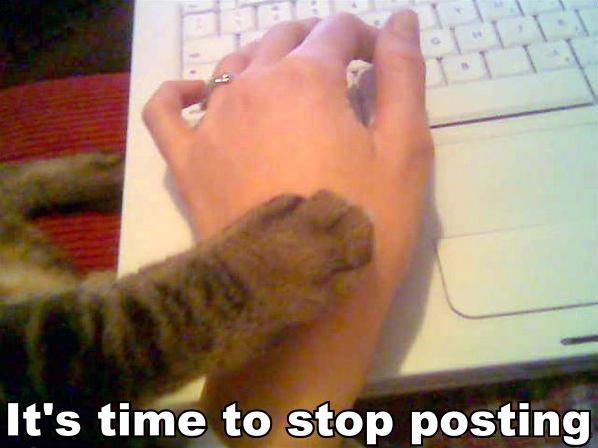 They call that the Gommorah

Orthodox
Joe Rogan informs promiscuous female that men are just using her for sex because she has nothing more to offer:


To soften the blow, Joe informs her she's a thinker and overly intelligent.

Roosh said:
To soften the blow, Joe informs her she's a thinker and overly intelligent.

That will be all she takes away from this.

After I played that video, I thought, let's be real, 95% of the people that were with her were drinking before or during talking to her. Does such a person not know that she's not annoying as fuck? I also love how she gives you "scientific" evidence from evolutionary biology and then ... personalizes sexual experience to come to conclusions about men's modus operandi. LOL

By the way, not totally stupid ("intelligent") and interesting aren't the same thing.

Her voice would be enough to motivate men to get the fuck out.

What an insane bitch - most men she fucks are likely guys with options and even listening to ther talk for 20 seconds gave me a headache. Plus the basic bitch assumes that she is really knows what is going on - being all smartypants.

In the middle of Rogan's podcast with Israel Adesanya, he mentioned that Epstein was most likely a Mossad asset.

Obviously this is just a shits'n'giggles convo, but a lot of people give Rogan (in my opinion) unnecessary flack for just being an interview man instead of the voice of a generation.

< Those are safe talking point - questioning 9/11, Epstein murder, UFOs - all of it is safe to the elite. You know what isn't safe? Nick Fuentes shifting the Republicans more to the right - then Joe Rogan comes out and denounces him as "far-right" and Nazi.

He is part of the mainstream, he has handlers.

Gold Member
Even if he is a mainstream, he has long form conversations with interesting people. I highly doubt he even know who Fuentes is beyond a quick scroll down his social feed. You have impossible standards for anyone as successful as him. He isn't spending his time browsing 4chan.

< Sure - Rogan is on the outskirts of the mainstream and he may bring you the truth on feminism, Red Pill, food (carnivore), sports, UFOs, 9/11 etc. But when he goes into utterly banned topics, then he won't go there - usury, central banking, left-right-political-scam, true nationalism, vaccines, JQ and Holocoust review of what really went on, even criticism of Silicon Valley censorship - then he will stop you right there, throw softball questions or call you a Nazi, cite official run-of-the-mill mainstream opinions.

So you get everything else - except those topics which are highly important. And since that overton window may be getting tighter in the future - then he might even revisit some old opinion pieces and then suddenly disavow and attack those points that he previously considered officially.

And the interview partners may be fine and well for now.

Gold Member
Yeah but I'm not looking to him for education, just to interview interesting people and not interrupt them every two minutes for a shareable soundbite. He's a 90s liberal with some masculine hobbies and never hidden from that. No more no less, there's far worse people to aim your anger at than him.
E

Gold Member
Joe Rogan is an ultra wealthy 1% self made former Hollywood guy who has fuck you money. Of course he isn't going to broach significant topics that might cause problems.

I think people hold Rogan to too much of a lofty standard.

He has always been a liberal. He has never been an advocate of hard topics even from the beginning of his presence in the media.

Dude thinks that immigration should be free flowing because "who decides who lives where man? we were lucky to be born here *puffs a designer joint in his multi million dollar property and meditates in 6 figure sensory tank*)

This is how these guys think.

I think he has some good interviews but there's no way you can hold these guys accountable for their views because they simply don't relate to normal people anyways. They might signal that they do..but they are just entertainers at the end of the day.

Don't buy into it.

Here's how things will work out for guys like this when America turns into a giant piece of flaming chaotic shit.

He will get word way ahead of time from friends connected in government or business. He will evacuate his family on a private plane way ahead of time before anyone knows what is going on and be off to a gated community somewhere protected by elite former special ops.

The rest of America will burn and he'll still be doing his podcast talking about bow hunting or 1000 mile marathons or whatever.

Gold Member
SS, if you want someone to get that deep into the weeds you're probably gonna have to start your own podcast.

In the mean time, here's an interesting discussion between a libertarian Jew and Fuentes.

I wouldn't even say that Joe Rogan does not provide education. So long as the globalist hot topics are not touched upon, then he is free to do his thing. Here a discussion with an ex-vegan who heavily criticizes the vegan propaganda movie Game Changers.

Personally I like Joe Rogan, because he is a likeable guy. He probably sold out on certain topics, but it's his choice. You know exactly what the hot-topics are which he has to avoid or disavow. But obviously he is lightyears away from the pure mainstream propaganda at CNN & NYTimes.

And I can honestly understand his decision if he was told to ride on the edge of the mainstream and told what to disavow. Someone tells you to pick and choose -
+ You either say all that you want to say, have some minor impact, risk deplatforming and demonetization, also are later removed from even big mainstream events especially if he would go into true politics. Obviously you make very limited amount of money on that path.

+ You avoid some topics which you don't care too much about anyway or think that you cannot change and cash out really big offering interesting conversations - also going against the mainstream, but not with the key globalist topics. You get access to full top-down-approved celebrity and monetization so long as you don't move beyond those perimeters.

That is why he occasionally disavows and calls Fuentes an Alt-Right Nazi, but on the other hand gets to have the cash, fame and be even contrarian in other less important topics.

I personally wouldn't be able to blame him frankly if he told me this in private. I could understand that and wouldn't think much worse of him. The cash he makes might last his family centuries or keep them solidly upper-middle class if they can maintain it.