The President and the first lady travelling in an open top car seems inconceivable but was that common back then?
S 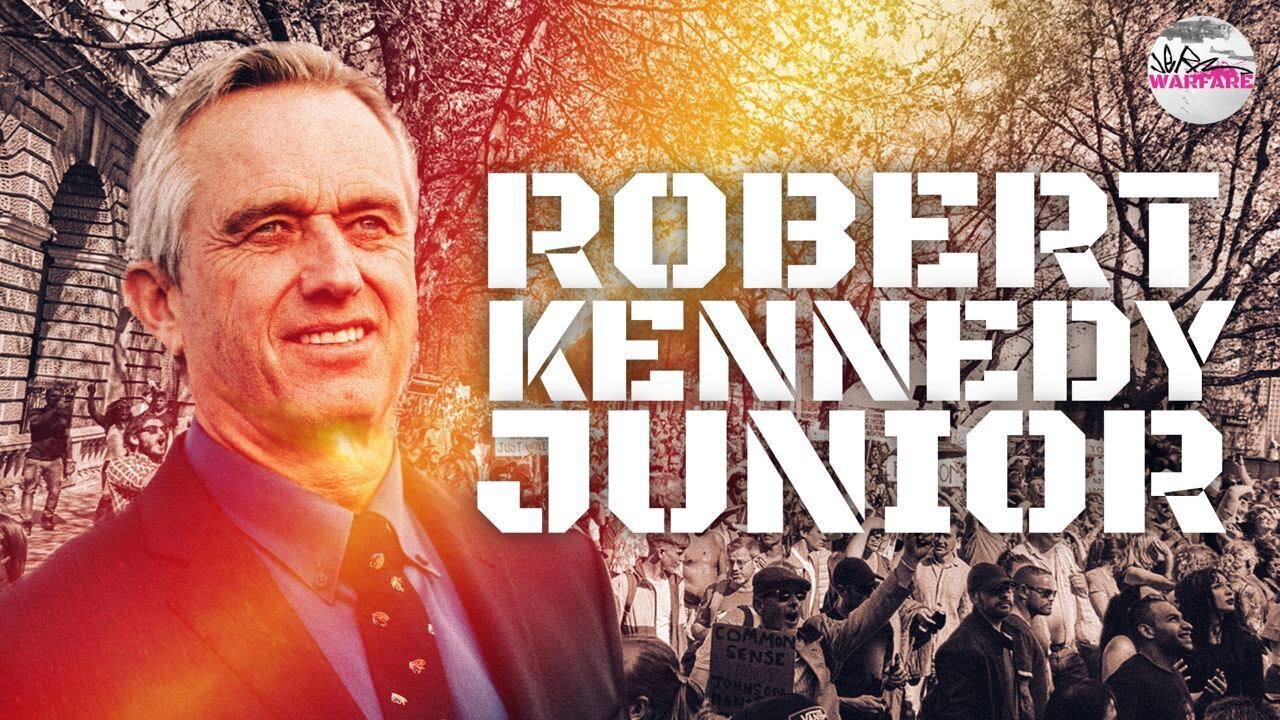 It starts with part of a speech he gave recently in Berlin. Voice a bit similar to the other Kennedy's. He also believes it is all a lie, and has published a book The Real Anthony Fauci: Bill Gates, Big Pharma, and the Global War on Democracy and Public Health

Kennedy was reclaiming the American dollar from the privately (Jewish) owned and law unto itself federal reserve.

The bill never made it through and the money that was printed was destroyed days after his death.

No (((media))) institute ever touches it. Seems like a big deal to leave out as plausible motivation for his murder.

EuropeanCanon said:
The President and the first lady travelling in an open top car seems inconceivable but was that common back then?
Click to expand...

I have respect for Mr Franzese, but there is no way the mafia did anything to JFK or RFK without payment, help, and full cooperation of the Deep State. Also, the mafia would never had the power or connections to do the endless government coverups that followed. Truckloads of documents have either vanished or are still sealed by the US government today including most of Lee Harvey Oswald's tax returns which would finally prove he was a CIA employee.

Also, would the US government have created the warren commission which published a 26 volume report into the JFK assassination just to cover for a mob hit ? 26 volumes is more than entire encyclopedia from letter A to Z of that era.

The JFK assassination was carried out with military precision and the very best expert sharpshooters who probably came from abroad and left the USA in the days after the assassination. In all likelihood, the actual shooters were professional hitmen with some sort of military training who were foreign born and foreign trained. Some theories have pointed the fingers at a group French drug dealers and hitmen (from the island of Corsica) including Lucien Sarti, who may have also been members of the French paramilitary organisation called Organisation armée secrète (OAS) which had repeatedly tried to kill French president Charles De Gaulle on various occasions.

I'm sure the mafia was involved in some way as it's no secret they hated both JFK and RFK, but it's highly unlikely they did the actual shooting of either man. The most I would give them credit for is the intimidation and killing off of witnesses linked to both assassinations, perhaps even killing police officer J D Tippit and Lee Harvey Oswald himself....but even then they would have been given witness names, locations, payments and instructions from the deep state on who to target.
Last edited: September 21, 2021

I read the book 'Final Judgement: The Missing Link in the JFK Assassination' by Michael Collins Piper.

According to this book the murder was probably committed by right-wing French gunmen with major support from the Israelis. The French and the Israeli's were strong allies until Charles De Gaulle came to power. The French even helped the Israelis to get their nuclear program up and running. The French right-wing (OAS) despised JFK because he supported Algerian independence. They also tried to kill De Gaulle because in 1962 he agreed to a French withdrawal from Algeria. Fredrick Forsyth (who worked for British Intelligence) wrote the famous book 'The Day of the Jackal' based on this attempted assassination. In this book a sniper tries to shoot De Gaulle - sound familiar?

The Israelis also hated JFK for a variety of reasons 1) His father, Joe Kennedy, was perceived to be an anti-Semite who tried to keep the United States out of the second world war (he was the US ambassador to Great Britain). 2). Most importantly - JFK opposed the Israeli nuclear program. 3) JFK also supported Algerian independence and the Israelis didn't want to see nationalism spreading throughout the Arab / Muslim world. Lee Harvey Oswald was the 'patsy' who was conveniently silenced by Jack Ruby (real name Jacob Rubenstein). Jack Ruby was a gangster and was connected to (((Meyer Lansky))) who was the REAL godfather of organised crime in the United States.

Taking out JFK was a 'win-win' for the Israelis and the French right wing!
Last edited: October 21, 2021