911 said:
Russia is not run by big pharma, and oppressive scientism, which is ironic because it is where Lysenkoism originally started (the promotion of state-approved science and the strict banning of real science that went against it.)
Click to expand...

why do you think the MSM rails so hard against russia now ?

Russia kicked out a good chunk of (((influencers))) and have essentially refused communism.

Gold Member
They committed the most grevious sin of all recently. Putting an end to dual citizenship.

Leonard D Neubache said:
They committed the most grevious sin of all recently. Putting an end to dual citizenship.
Click to expand...

I wonder how much true progress could actually be made if the United States would do the same...and how bad the recoil would be as well from those in the upper echelon of media/government.

Gold Member
You would essentially have to remove the vast majority of your governance plus the media, the universities and the judiciary, Wall Street and the entire deep state so by definition it would be easier just to burn it all down and start over.

In the US Jews are no longer an influence. They are running it top to bottom.

Putin only lets his cronies control all that.

anyhow back to the OP,

When Peterson 1st made waves about refusing the whole intersectionality/feminist/marxist movement...I legit thought he was just a repackaged version of Roosh/Heartiste/Tomassi for the mainstream.

But, it is pretty sad to see the guy get deathly ill.

Gold Member
Indeed. I hope he finds God and gets well. If he undertakes a course such as Roosh has then it would be a powerful blow against the satanic elites.

It’s interesting that the symptoms his daughter describes, is well known in meditation as the hindrance of restlessness.

“With restlessness there is agitation, nervousness, anxiety, and worry. The mind spins in circles or flops around like a fish out of water”. – Seeking the heart of Wisdom.

All spiritual disciplines have remedies for this condition, and seek to still the mind.

Quoting from Evagrius Ponticus, one of the Desert Fathers:

“Be like an astute business man: make stillness your criterion for testing the value of everything, and choose always what contributes to it” Evagrius Ponticus

Here is a video of Jordan Peterson saying Mindfulness Meditation is a fad.

What more evidence do you need that Jordan Peterson is a truly ignorant man who peddles intellectual word salad as knowledge? What he peddles to others has no power to heal or enlighten, and provides no anchor in times of trouble.

In many cases it takes extreme suffering to turn a fool into a wise man. We will see what happens to Peterson.

Gold Member
When you begin to juggle deceit (regardless of whether you're well meaning) it becomes like having processes running in the background of your PC and the more of these programs you force yourself to run the worse your capacity to handle day-to-day operations becomes. At that point a serious bump in the road can shut you down entirely.

When I learned to ride a motorcycle I was taught "put everything else out of your head or you're going to end up dead. The shopping list. Your girlfriend sending you a shitty text. Everything except the bike and your surroundings." I used to play Counterstrike at a high level and similarly you had to be able to shut down all those "background processes" in your head in order to be competitive.

You can learn to spot people who are burdened by these memory sinks and it comes as no surprise when the news arrives that they've "crashed" which is to say they've suffered a mental breakdown.

Here's one to keep an eye out for. 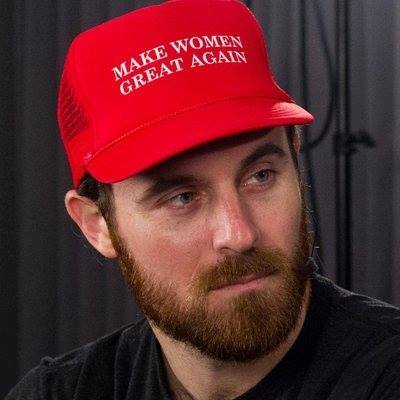 And oddly enough, despite having not searched for Peterson in gosh knows how long the image search for AJ tossed this directly at me.

Sherman said:
“When there is silence one finds the anchor of the universe oneself”
- Lau Tzu
Click to expand...

And of course the whole world is aimed at making as much noise and distraction as possible, with tv, radio, smartphones, social media, whatever have you depending on your age.

Just keep the idiots busy so they notice nothing and achieve nothing.

Roosh said:
Peterson has not been doing so well:

Owen Benjamin just chimed in yesterday on Jordan Peterson and his daughter's message:

Gold Member
JP did some great stuff and his bible videos are genuinely really, really good. However, he's a complete contradiction to what he preaches to others. I don't care about the (((them))) stuff, because as Samseau said in the PJW thread, speaking up is life ruining, not to mention he's friends with many — I'm talking about the antidepressants and benzos etc. I hope he finds his peace.

I wish him well, and his Cathy Newman demolition is in the hall of fame of people smashing the mainstream journos.

Gold Member
As many issues as Peterson has, it's not like Owen Benjamin is much better. Dude is like a living parody of a dissident right figure and seems to get crazier and crazier every day (see the current saga involving him guzzling turpentine like a madman.)

Sherman said:
Here is a video of Jordan Peterson saying Mindfulness Meditation is a fad.

But it is a fad. Most people are not taught how meditate properly, they remain are disillusioned by dualism, don't understand what purpose meditation serves nor do they know how to do it with the right intentionality. Most people are just wasting their time sitting down thinking with their eyes closed. The popularity of mindfulness has ruined it in some way because there are far too many "gurus" (especially yoga instructors) who have NO IDEA what they're talking about and spread misinformation.

Teedub said:
JP did some great stuff and his bible videos are genuinely really, really good. However, he's a complete contradiction to what he preaches to others. I don't care about the (((them))) stuff, because as Samseau said in the PJW thread, speaking up is life ruining, not to mention he's friends with many — I'm talking about the antidepressants and benzos etc. I hope he finds his peace.

I wish him well, and his Cathy Newman demolition is in the hall of fame of people smashing the mainstream journos.
Click to expand...

Normies will rave about his "demolition" but completely miss the fact that JP is being promoted as a maverick figure to keep them in the plantation - Why do you think he is being featured the BBC in a long one-on-one interview in the first place? Wake me up when E. Michael Jones gets a live 30min interview on BBC or any other MSM outlet...

JP is a fake selling a toxic half-truth stew and fake Christianity to purple pilled normies. What we're seeing now is him paying the price for this.


HermeticAlly said:
As many issues as Peterson has, it's not like Owen Benjamin is much better. Dude is like a living parody of a dissident right figure and seems to get crazier and crazier every day (see the current saga involving him guzzling turpentine like a madman.)
Click to expand...

One guy is a drug addict establishment habitual liar sellout self-help guru who is self-destructing on the verge of suicide with a total mess of a family.

The other guy is leading a good life with 3 kids and a tight, happy family, and has eschewed a comfortable living shilling for ZOG out of principle and convictions, while still managing to provide for this family without compromising.

Do you see the difference there?

You're also mainly seeing Owen Benjamin through the prism of a bunch of low-life gamma faggots who will report and spin every minor perceived "infraction", many of which are professional shills, including some who have put out literally hundreds of well-produced OB hack jobs in a matter of weeks.

Two points about Benjamin: he is right on all the important issues - family, women, politics, independence and so forth, whereas Peterson is not. He's actually one of the few figures to be right on these issues. The stuff he's wrong about is fairly minor in the big picture.

Second, the guy doesn't lie, what you see is what you get. The opposite of Peterson, who wouldn't have been such a mess if he weren't lying, he's paying the price of his crooked ways.

There are many accounts of people coming to Christ through JP - because he is so superficial it actually got the foot in the door for people who wouldn't dare thread deeper initially. And these people usually go way beyond JP - they actually become Christians. I also know some guys that had the basic bitch atheist mindset starting to doubt this, and giving Christianity another look, because of JP. They might be on the way as well to something more.

Has anyone come to Christ through Owen or Vox?

Bear in mind I sympathize with Owen and have expressed it in the past, particularly because of the lifestyle he chose - but I doubt, even adjusting for audience size, he has had such an influence as JP has. And Vox I can imagine him actually turning people away from Christ due to his prideful attitude. He is the classic example of nominal Christian without any charity, which leads people on the outside away from Christianity because of the sheer hypocrisy of his beliefs versus his actions.

It's like that phenomenon when you are starved, you can't gorge on food as long as it's available. You have to go slow or you will just vomit it out. Start with a cracker. JP is a cracker for a western population completely starved of logos. Not many people stay in the JP stage. Most go beyond. But they wouldn't even start the journey without a milder sort to ease them into it.

Can't he just take a few months off? He can keep doing livestreams, even, just knock off the travel and public appearances and focus on personal well-being.

ilostabet said:
But they wouldn't even start the journey without a milder sort to ease them into it.
Click to expand...

It's super important to remember this. The purity spiraling you see in alternative communities is so counter-productive. Focus on effectiveness and progress, don't expect masses of people to go from 0 to 100 overnight.

ilostabet said:
...
Has anyone come to Christ through Owen or Vox?
...
Click to expand...

One goes through Christ to get to Vox.

NOT the other way around.