Muslim
I was thinking about this, LGBT is actually a new age religion:

They are actually taking it a step further by converting normal people into gay, transgender etc (through psycological, physioligical intervention etc...) and pushing them into the LGBT religion.
Last edited: June 15, 2021
T

cyborg1337 said:
I was thinking about this, LGBT is actually a new age religion:

They are actually taking it a step further by converting normal people into gay, transgender etc (through psycological, physioligical intervention etc...) and pushing them into the LGBT religion.
Click to expand...

I'm with you on this, however, forgive me for splitting hairs, but, I think it's best to describe homosexualism, not as a religion, rather, a cult. Then again, you can describe all of liberalism as a cult right now. homosexualism is a big part of it, no doubt, but, one part of a large whole. Rose McGowen recently described the democrat party as a cult. You know what, she's absolutely right.
T

Regarding Ryan Sorba. He's done excellent work. I enjoy listening to his content and encourage others to do so as well. Here we have a very brave soul that has done the research and provided us with a framework to confront and ultimately defeat this horrible cult. I really mean that.

When I listen to Sorba I always come away with this - we need an action plan. If you will a "manifesto", if that's too communist sounding, then, just a plan. As Ryan laid out, the gays developed a plan and look where it got them. We desperately need that right now. And the timing couldn't be better.

The plan that Sorba describes comes from the book "after the ball". This book outlined key action steps the gays took to advance their agenda. I'm not saying to be like the gays, certainly not, rather, pointing out that having a plan can make all the difference.

The irony of it all is that certain elements of the gay plan can be very useful to us in 1. distinguishing key areas of focus and 2. refuting these items and turning around to benefit us.

For instance, one of the items I recall from Sorba is to paint gay detractors, namely religious opponents, as "frothing at the mouth angry". That might have been the case in 1986, but, in 2021, the people who are going ape-sh*t crazy are...the gays. And we have endless footage of this AND we have the would-be frothing religious people not at all frothing, rather, standing silently and being abused. Physically abused. So, we don't have to paint them at all, the gays do it without our help.

Off the top of my head

-Expose the founders of the gay movement as pederasts and pedophiles. Good news, they actually were/are.
-Utilize propaganda via Madison Avenue (We can't do that, but, we can leverage the independent media)
-Discredit the "born in" claim, which will discredit the civil-rights connection (at the very least muddy this connection)
-Expose the social engineering
-Isolate social engineering as a form of abuse and inherently contrary to freedom
-Shift the focus back to the behavior (sodomy) vs. from sodomy to "a way of life"
-Underscore the various health risks
-Leverage the natural repulsion to homosexuality
-Emphasize the inherent authoritarianism of homosexualism
-Call it homosexualism
-List out all of the rights that we have lost due to the gay agenda

Above all, expose the tie between homosexuality and pedophilia. As an a priori pedophilia is an indefensible position. Get the gays to request this, and they will. This is the single biggest admission we need to reverse this "movement".

Have hope and believe. That said, when you realize the evil that is behind this its scary, that much is true, but, it also means this can't last. How to express these items? Grassroots activism and I'd love to hear ideas of how to do this.

Orthodox
Gold Member
They really are coming for anyone's children. These people are evil. 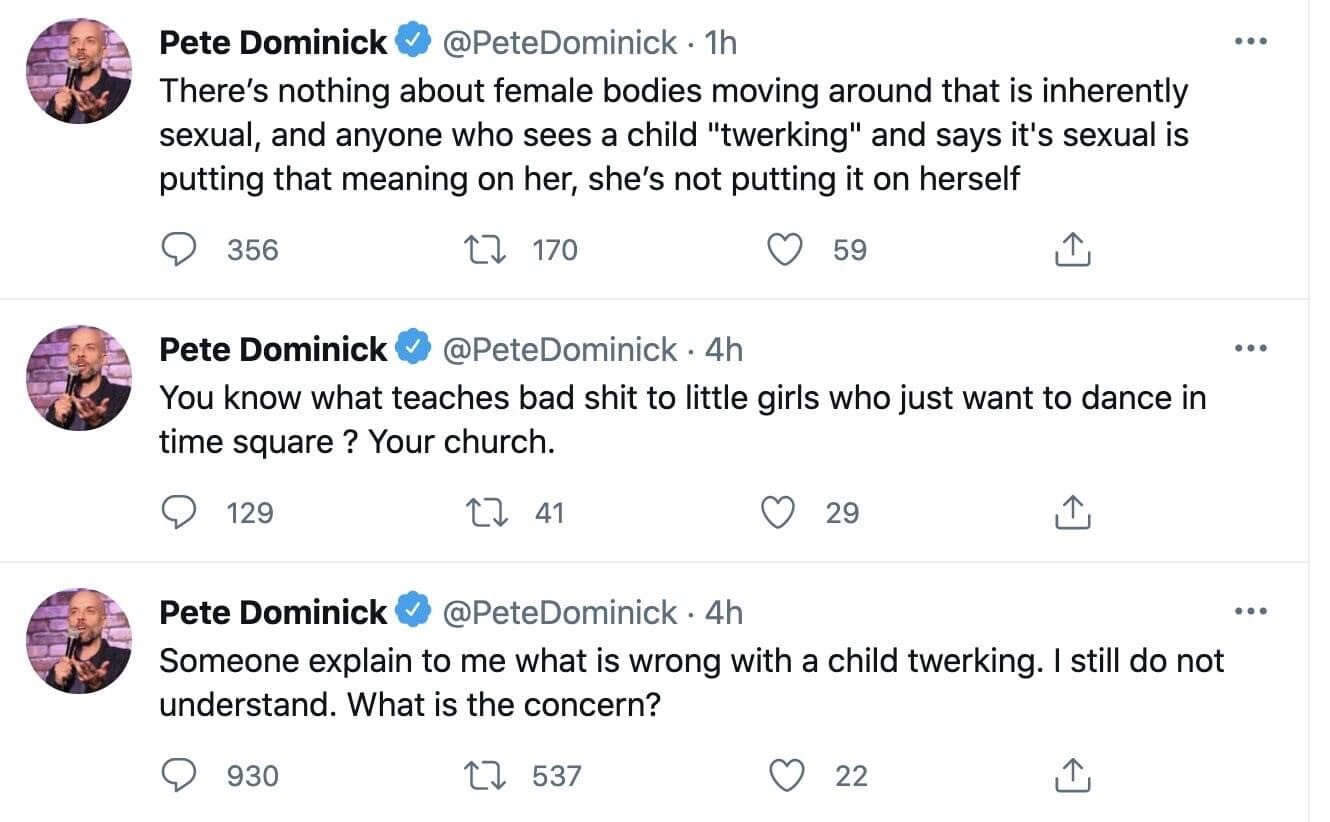 budoslavic said:
They really are coming for anyone's children. These people are evil.

Roosh said:
I don't want to know what the purple circle represents.

Have you ever seen a flag change so much? I mean, it's like every other minute the homo flag has a revision. How can people keep up? I think these changes underscore how ridiculous this "movement" is. In its current form, the homo flag looks nothing like the original "rainbow" version. A year from now, it will invariably change once again, perhaps several times.

Another thing too, this is an ugly flag. The first rainbow version was ugly too. Each color is at full value, which creates a sort of obnoxious appearance. It's as though this flag says "LOOK AT ME, I'M OVER HERE, NOTICE ME!!". The latest iteration, with the addition of angled colors creating a triangular sort of look, makes for a very busy pallet. In fact, it's too busy, which means the eye becomes quickly exhausted. This plus the full value colors evoke a dizzying effect. Ironically, the flag is repulsive. Aesthetically, this addition does nothing to add to the ensemble, other than, making an already ugly flag even uglier. True to form, whoever designed this thing is definitely a diversity hire.

The American Flag, by contrast, is aesthetically pleasing to the eye. It's rather complex compared to others, but, it retains structure and symmetry balancing the different shapes accordingly. The color scheme is pleasant, red, white and blue, as well as simple...we tend to look at things in three's.

But isn't that the left for you? They insist on promoting the ugly at all costs, be it, with their brutalism architecture, now further enhanced by the "sustainability" factor i.e. long rectangular and box shapes which confine vs. free, their insistence that fat women, pardon, obese women are attractive and worthy of sexual intercourse, cross dressers covering up an otherwise hideous man, their offensive art etc. Ugly is what they desire and ugly is, for the moment, what they're getting.

Contrary to the left's belief in universal subjectivity, beauty is a constant. This is just as quantifiable as it is qualitative, reference the Golden Ratio. That means something and something significant. Because, the pathway of the left and homosexualism leads to the ugly. Humans and their advanced senses plus their advanced minds can discern the aesthetic from the nonaesthetic, in other words, we see beauty and we crave it. If we look to, say SFO, we're sure to find an abundance of both ugly architecture and homo flags, but we'll also find open shot lifting, fecal matter debris more common than "pride" flags, needles, vagrants. SFO reminds me of other once-great cities. There are still some remaining older buildings pre-brutalism, but, they're being suffocated by the ugly and if the powers that be could do anything they'd level said buildings. Boston is all but destroyed. Whatever was appealing about that city has been consumed by a legion of rectangles, boxes, squares.

Maybe any of you guys have published this link here before, but i think i'm starting to see it in my country too. People overall seem much less accepting of homos even though i live in a big globalist city. Before the great awokening, homos were seen in a pitying light, as poor stray little lambs who were kinda okay as long as they didn't start promoting their LGBT bullshit and minded their own business. Now, even a lot of the younger guys are much less tolerant of faggots. The tide may be turning guys, I'm glad it does. How's this going on your countries?

Orthodox Inquirer
Gold Member
If I had a pride day, I would assume everyone though I was one of the children in the slow class. 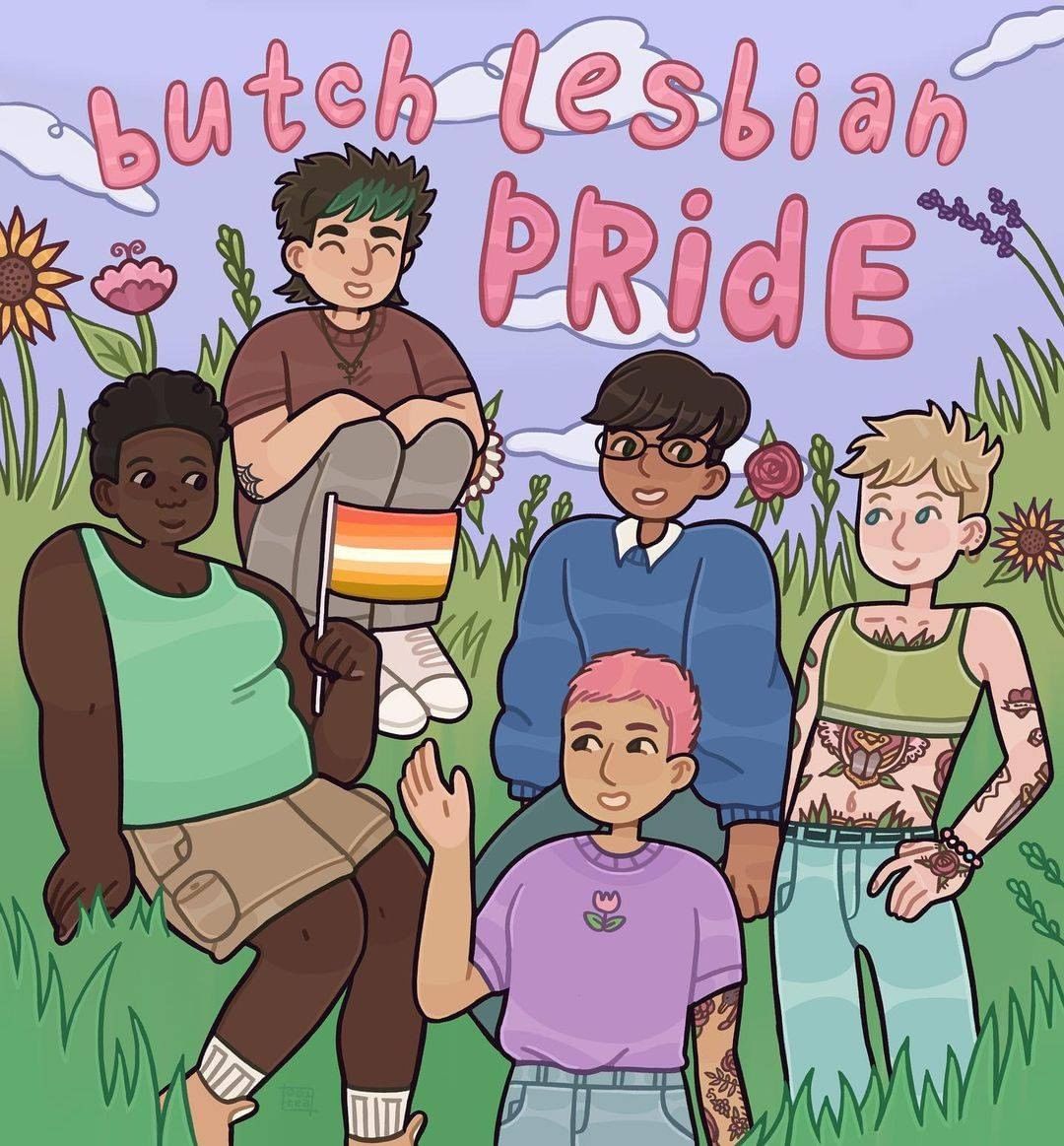 Good to hear another voice speaking out against all this wickedness

*underline added by me

I have a tenant who sublet to a lesbian chick in early May.

Next I learned the lesbian is seeing a Saudi girl who's studying abroad -- and is now seeking asylum in the US because being gay there is fully unacceptable.

Then I met the Saudi Arabian and learned that "she" was born male.

Other Christian
Not sure if this is real or satire. However, I am sure in 5 years we will be pressured to accept this community as well. 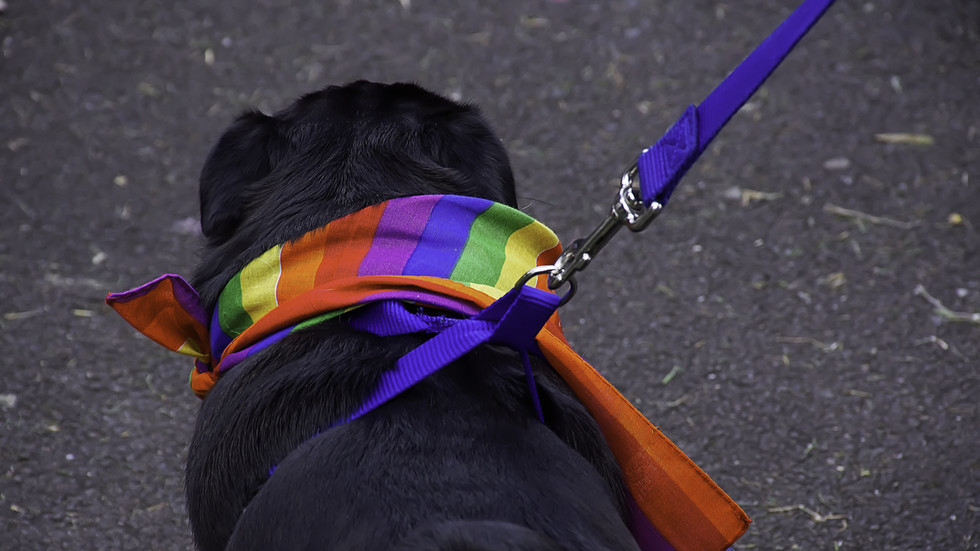 Disgusting perverts or just misunderstood? Meet the zoophiles who have sex with animals and want to be embraced by Pride

Zoophiles believe it’s acceptable to be intimate with an animal, and want the LGTBQ+ movement to add a Z to its name. RT spoke to one about their secret world, and with members of the ‘furry’ and ‘therian’ communities.

Other Christian
He is a bit cynical and doesn't seem to think IKEA is sincere in their love for the 'alternative communities.' His comments about the couches are humorous. I am curious if these couches will be offered in the IKEA locations in Saudi Arabia, Jordan, and Kuwait. This will be a true test of IKEA's sincerity.

Sickening story. But the lad refuses to change his name, which already suggests some rejection of the nonsense.