Captainstabbin said:
Chris Matthews got fired. It's a lot of things with him but the latest are comments to a female typist:


Chris Matthews, one of the longest-tenured voices at MSNBC, announced his retirement during Monday’s night’s airing of his talk show, “Hardball.”

Matthews, 74, said he and MSNBC had mutually agreed to part ways. The decision followed a series of events that resulted in criticism of the host’s statements about Bernie Sanders, African-American lawmakers, and comments he had made to female journalists and coworkers.

“I’m retiring,” Matthews said. “This is the last ‘Hardball’ on MSNBC.”
Click to expand...

Writing in GQ, journalist Laura Bassett described a 2016 encounter with Matthews while sitting in a makeup chair to appear on “Hardball,” the program he has anchored for many years. She writes: “Matthews looked over at me in the makeup chair next to him and said, ‘Why haven’t I fallen in love with you yet?’ When I laughed nervously and said nothing, he followed up to the makeup artist. ‘Keep putting makeup on her, I’ll fall in love with her.'”
Click to expand...

She just sounds pissed that he told her she needed more makeup to be attractive. But this was 3-4 years ago, why is she coming forward now? Wanting some attention and publicity to boost her career?
Click to expand...

Grandpa flirting attempt = "He raped me with his flirting! Fire him!"
Click to expand...

Forget about the Female Dating Strategy thread.
Looks like women have got the jump in the Female Employment Strategy.
Claim rape and rapey words or wrongthink and you too can force a Boomer into retirement and make way for a wammenz to take his job.

Why haven't men thought of this yet?!
T

I'm not defending this "me too" silliness, but, I tend to see that recipients of this perverse "justice", if it can be called that, are mostly shit head liberal leftists. msnbc isn't exactly a conservative hotbed and chris matthews is liberal, if I'm not mistaken. Plus you have harvey weinstein who has done far more for feminists and feminism than, I'd say, 90% of all feminists. He did this because he help disseminate their propaganda. And, as we all know, feminism cannot exist without carefully crafted and curated narratives and imaginary. Without such things, people revert right back to the natural way of things, because, it is, after all, natural. And that means no 90 lbs girls "from next door" engaging in death matches with +200 males...and winning. weinstein was a big part of that and now he's gone. Part of me says, keep going. Keep destroying your advocates. Keep tearing off and devouring the hand that feeds you.

I'm happy to see the left cannibalize itself, but that's just what we hear about. Weinstein is a story because of who he is. For everyone one of him there's a thousand regular joes getting metooraped because they rejected a female subordinates advances.

People like Weinstein, it's okay to simultaneously accept that it's a railroad job and morally wrong and not feel particularly bad for the person because they're hoist with their own petard. But this shit filters down, or more likely, it's filtered up and then once it got that visibility it fucking poured down.

"Taking a break from racism, let's get back to some good ol' fashioned sexual assault allegations:"

Chris D’Elia has denied the allegations against him, which involve sexual harassment and pursuing underage women.

For me he is kind of hit or miss, I thought he shined best on his podcast

So around 50 or so pro wrestlers, mostly from the UK, were just accused of various domestic and sexual offenses. It's mostly recollections on Twitter. It involves every UK promotion. The vice president of the NWA has just resigned and the three major North American promotions have been effected to some extent. A different hashtag is being used as well.

Orthodox
Gold Member
Thread continue
=====
One ex-employee said head writer and executive producer Kevin Leman asked him if he could give him a hand job or perform oral sex in a bathroom at a company party in 2013. Another former employee said Leman grabbed a production assistant’s penis in a separate incident.
...
Another former employee said co-executive producer Jonathan Norman groomed him over a period of time by taking him to concerts and other work-related perks, and then one night attempted to perform oral sex on him.
...
“We’re young people who were forming our careers and were unfortunately subjected to a toxic work environment as some of our first jobs out of college,” a former Ellen employee told me. “And some of us were sexually harassed and that’s what was shaping our careers."
...
Former Ellen employees told me it’s implausible that DeGeneres hasn’t been exposed to the same stories and behavior, particularly when they allegedly involve the senior-level executive producers she spends most of her time with.
...
“She knows,” a longtime former Ellen employee told me. “She knows shit goes on, but also she doesn’t want to hear it.”
...
In total, I’ve spoken to 47 current & former employees who said executive producer Ed Glavin led with intimidation & fear on a daily basis.
...
If you have more information or a tip regarding workplace culture on the Ellen show or in Hollywood, you can email me at [email protected].
...
Warner Brothers declined to comment on the new allegations, citing an ongoing internal investigation that was launched after our first report. Head writer & executive producer Kevin Leman sent this statement 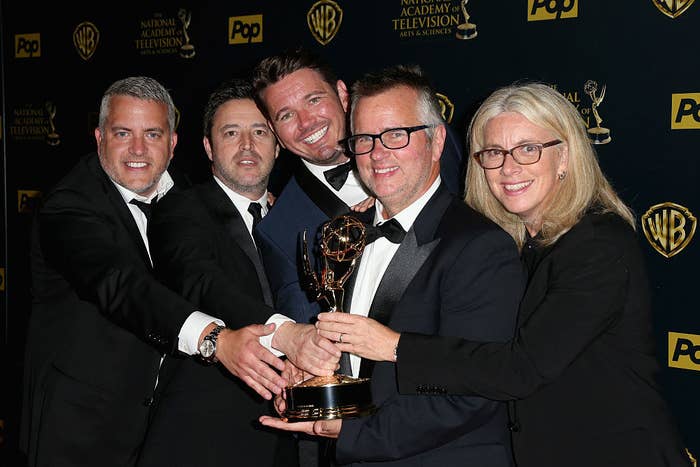 Nathan Williams of the band Wavves might be getting MeTooed soon. He has been accused on Instagram of sexually assaulting a minor.

In 2016, he banned people who blame rape victims, Trump supporters, and others from his shows.

He then gives a detailed six-points list with his reasoning. Those that supported #alllivesmatter, those who have “gone out of your way to defend police in America,” those that have “ever thought a victim of rape had it coming because she was dressed a certain way, or was ‘too intoxicated,'” anyone who has harbored “resentment towards the homosexual community in any way” and “if you’re white and use racial slurs” are “not welcome to a Wavves show.” Trump supporters are also banned “because this is basically three or four of the aforementioned topics.”
Click to expand... 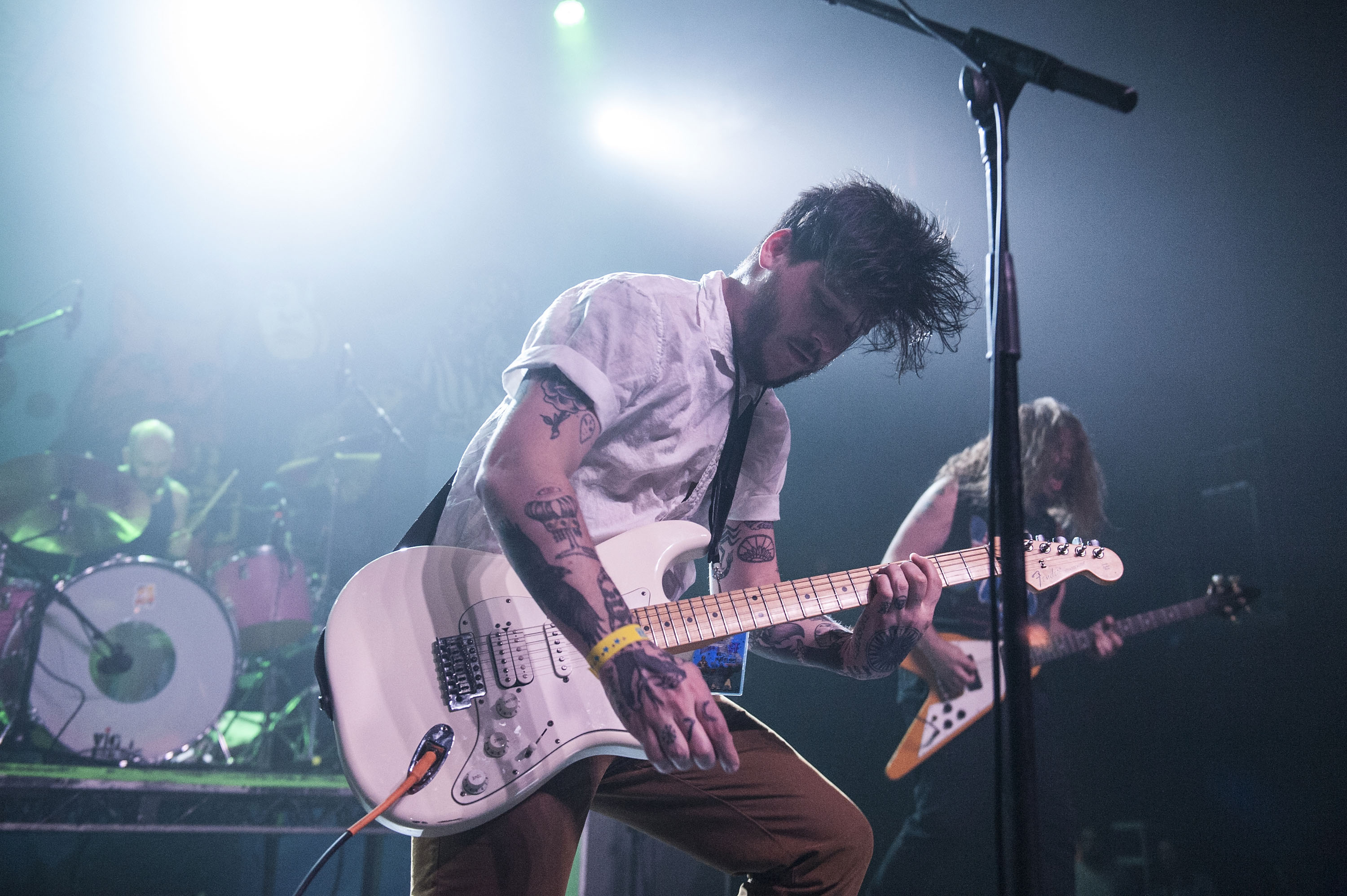 “People are suffering every day and the way I see it, you are either part of the solution or part of the the problem,” singer Nathan Williams says

^ So that means hardcore Waves fans who will defend their favourite singer now that he's been metoo'd will be banned from their shows?

John Finberg, a booking agent associated with Nightwish among various other bands, has been metoo'd:

You may not know the name John Finberg but you are likely aware of many of the bands he's worked with over the years. Finberg has been a booking agent for acts like Nightwish, Epica, Amorphis, Warbringer, Suffocation, Immolation, Sonata Arctica, Overkill, and The Agonist. MetalSucks has just publish

With a name like that, I'm thinking he's part of the tribe. He's also been accused of jewish business practices, such as price-gouging. He apparently also dissed the whole country of Greece back in 2015.

Since it's trendy, he's also been accused by jogger musicians of calling them niggers.
Last edited: September 29, 2020
P

BlastbeatCasanova said:
"Taking a break from racism, let's get back to some good ol' fashioned sexual assault allegations:"

Chris D’Elia has denied the allegations against him, which involve sexual harassment and pursuing underage women.

For me he is kind of hit or miss, I thought he shined best on his podcast

It is pretty interesting that he has portrayed a predator using the internet to prey on minors not once but twice
Click to expand...

And his buddy Bryan Callen was taken down by allegation shortly thereafter. Both standard libs, both had their careers ruined by mere allegation brought up years after the supposed events. https://www.latimes.com/entertainme...llen-sues-gabriel-tigerman-husband-of-accuser 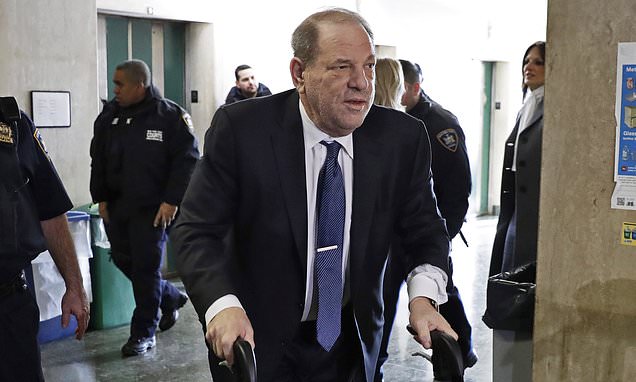 Harvey Weinstein was secretly indicted on rape charges by a grand jury in Los Angeles, according to a report. The move will likely facilitate the disgraced movie mogul's extradition from New York.