Gold Member
What. That's a disaster. I always liked her, esp back in her Russell Brand days. What a rack. Now canceled out by that horrific haircut.

Gold Member
Yeah, Katy Perry has always benefited significantly from makeup and bold costumes. Her appearance has always been tailored to emphasize her big eyes and tits, while drawing attention away from everything else. Short hair never looks good but it is a particularly bad look for Perry. Her body still has a few more years, though.

RexImperator said:
I guess Katy Perry is taking her place as the "crazy pop singer who cuts off her hair": 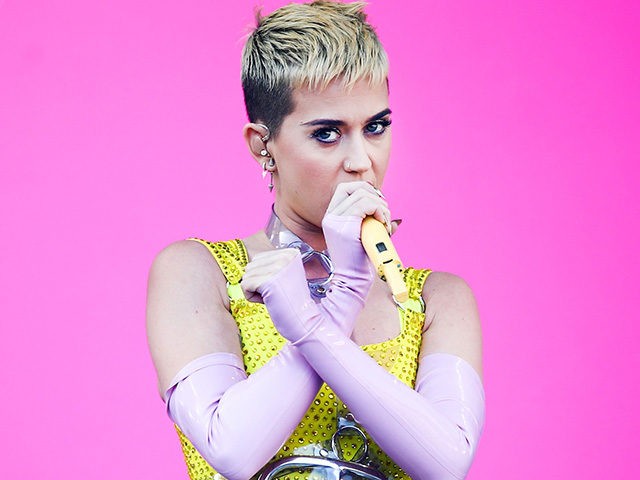 You are correct. Katy Perry went from doing this on SNL:

If only there were some sort of precedent for a pop singer who gets a freakish haircut and was known for outlandish performances with prominent rappers...hmmmm

The only difference is that Katy Perry is running out of tread on the tires. She's 32, while Miley is 24. Miley can shake off a mistake or and return to still look bangable. Katy Perry is now racing towards the wall with only a slim hope of ever looking normal again.

Handsome Creepy Eel said:
despite still having ugly tattoos and looking 34 instead of 24.
Click to expand...

There's no way for her to seal the deal in pretending to look pure and wholesome with those tats. With all the money she's got you'd think they could have tried to CGI them out.

This is sort of a precursor of what all carousel riders will look like if/when they try to reform themselves. The tats will still be there like a scarlet letter. Even if they try to get them removed it will leave a white ring/scar.

RexImperator said:
I guess Katy Perry is taking her place as the "crazy pop singer who cuts off her hair":

Gold Member
Katy Perry is trying way to hard and it is pathetic. At least with Miley she was in fact young and you could actually see her twerking all high in some VIP booth with a bunch of paper millionaire in Miami something during the peak of her crazy phase.

Miley actually also has talent in a real singing voice which bails her out. Her music sucks but she does have a great voice when does more aucostic stuff. She would very good at old style country music. It's a shame she would never go that route.

Katy Perry in the other hand can't sing. She is a manfactured pop starlet who is past her best before date. She can't sing. Can't dance. Has no stage presence at all. She is grossly untalented for the level of exposure she gets.
G

She told y'all to be understanding because...

I'm shocked that a young girl exposed to Hollywood degeneracy turned into a degenerate.

The world has seen her pussy and tits, and we're not impressed. Imagine how much happier she'd be if she was a housewife taking care of kids and submitting to an alpha man.

TigOlBitties said:
I'm shocked that a young girl exposed to Hollywood degeneracy turned into a degenerate.
Click to expand...

That's the thing, tough. It's not even about being a child star anymore. It's the default trajectory of young women in general after they hit puberty to sort of go into an unregulated wordliness overdrive to the point where when they finally reach legal "adulthood" at 18 they already look like worn out whores with 1,000 cock stares.

Paris Jackson is the most recent victim. 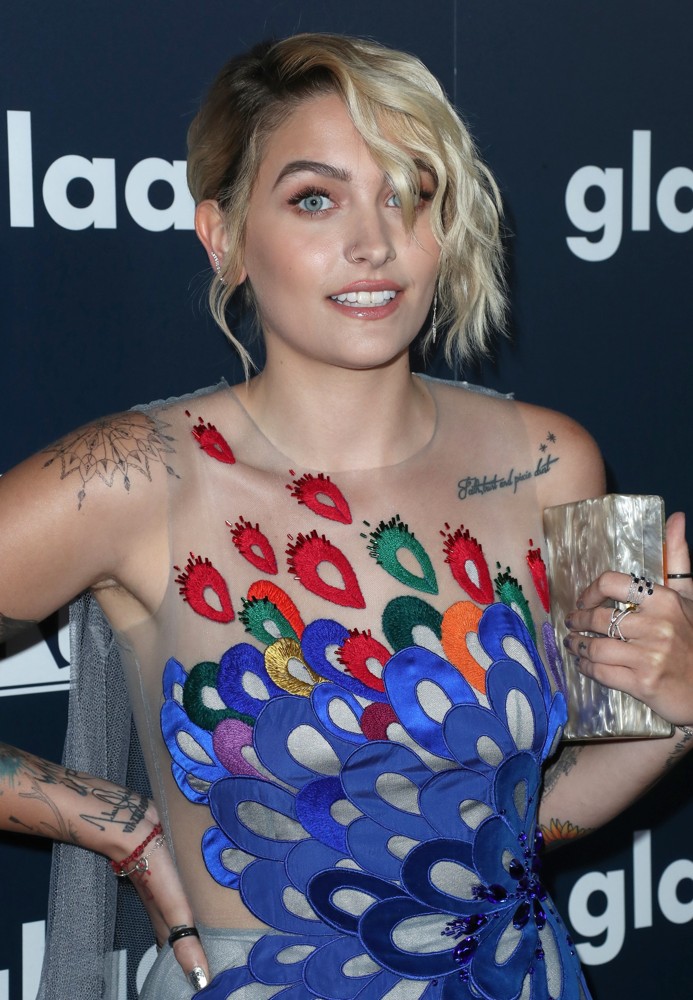 Handsome Creepy Eel said:
Some thread necromancy: apparently Miley Cyrus has decided that the life of feminism, drugs and slutdom is not for her and is now back to singing wholesome songs with normal choreography despite still having ugly tattoos and looking 34 instead of 24.


Even Liam Hemsworth decided to be a good little white knight and took her back.

While I applaud the change, I don't think she can be trusted anymore... looking forward to the next trainwreck.
Click to expand...

Eh, she's an entertainer(I use the term loosely). Her values haven't changed this is a 100% a career move.

It's pop music, artists switch up their style every 2 albums to stay relevant. Wrestler Hulk Hogan went from an All-American Good-Guy to Evil Hollywood Hogan and that rejuvenated this career and this move is no different. You noticed it, posted her video(which will get a few more views now) and we're discussing her so it's working.

Give her a couple more years and she will be doing Country songs again, she'll even drag ol daddy Billy Ray out to get her back into the Nashville circuit probably. That's where the money is, country fans are about the only people who still buy music.

questor70 said:
Paris Jackson is the most recent victim.

She's be a WB if it weren't for all those garish tattoos. I've never seen a a tat make a woman look better always worse.

Aside: Not to derail the thread but no way that she's Michael's biological daughter.

Michael must be moonwalking in his grave.

Gold Member
Paris Jackson looked more mixed when she was a kid, but it is all very dubious. Her natural hair would give clues but nobody has seen her unprocessed locks since she was young.

I think she was a test tube baby that MJ breeded in a lab and then put into the surrogate mother whom he had the faux marriage too. I do belive the kid is his, just that he didn't bang any broads to conceive it though.

questor70 said:
Paris Jackson is the most recent victim.

She's be a WB if it weren't for all those garish tattoos. I've never seen a a tat make a woman look better always worse.
Click to expand...

I think the only exception might be some asian chicks who get tattoos on their backs of asiany shit. 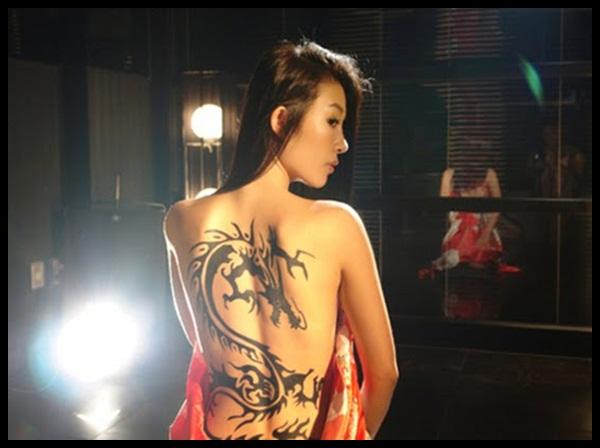 eljeffster said:
I think the only exception might be some asian chicks who get tattoos on their backs of asiany shit.

Umm yeah. You'd be fucking this girl from behind and looking at that dragon like he's saying "titties round this side, bro, but not real flash..."

These fish are telling the viewer "she's more into 69ing than doggy style, guy..."

This guy is like, "whoa, dude, what the fuck are you doing back there?"

This is the best one. You're banging this girl like a Great Dane and the jolly dragon is looking at you like, "awwwww yeeeaaaahhhhhh gettin' some of that sweeeeet poon!" Meanwhile the Tiger is like, "AAAARGH YOUR HUGE DRAGON DONG IS WRECKING MY TINY TIGER ASSHOLE!!!!" I couldn't bang this last chick without losing my shit and breaking out into uncontrollable laughter.

Gas said:
What. That's a disaster. I always liked her, esp back in her Russell Brand days. What a rack. Now canceled out by that horrific haircut.
Click to expand...

Jesus, she looks like the president of the Ellen DeGeneres-fan club...

Would bang the girls with the dragon tattoo.
B

Least with these large back tattoos there's just one picture. What I really hate are the girls that start with a couple tattoos and then keep getting one after another, each tattoo only 3-4 inches across but they're all of different things so the girl ends up looking like one of those wooden posts on a college campus that people have been nailing concert flyers or Lyndon Larouche tracts on for thirty years straight.
Share:
Twitter Email Share Link
Top