China is still part of the new world order, just another faction that wants to dominate just like the enlarged nasal cavities do. However, if they gained control of world commerce at such a leverage over their arid counterparts, perhaps they would allow whites to continue to procreate and flourish in their own environments simply for the ingenuity and innovations and improvements that European stock has ushered into this world. If the noses get their way, they want to be the last (((white))) people on this planet make no mistake, and rule over a mystery-meat horde of some several odd hundred million or so slaves.

This whole NBA China thing is another distraction, a sleight of hand. Watch the talking illiterate celebrity athletes dance for Asian world powers, ooh outrage! Be outraged! Divide, divide, divide! There's nothing any of us can do to turn the tide in Hong Kong from posting messages through social media, the CCP is a large and powerful entity that must go through the motions before its own demise, whenever that may be. Turn your brains off of this trite and focus on the bigger picture, they can't snare you in their net when you can see it coming from a long distance.

Vice President Mike Pence slams the NBA and Nike for kowtowing to the Chinese Communist Party.

Orthodox
Gold Member
We shouldn't be surprised by this. There is a special place in hell for Mark Cuban.

CaptainChardonnay said:
Looks like it's time for me to go see Quentin Tarantino's new movie
Click to expand...

China bans foreign films that have subversive content and messages, including gratuitous violence, glorification of evil, homosexuality and pornography. Their current film code is exactly the same as the one we used to have in every western country until Christian moral standards were overturned through the lobbying of the entertainment industry and their tribal allies.

People like Tarantino are responsible for the steep decline in moral standards of our societies, and China here is absolutely right to keep his filth out of their youth's minds. If anything their influence here is very positive.

budoslavic said:
We shouldn't be surprised by this. There is a special place in hell for Mark Cuban.

Dallas Mavericks Twitter page is getting ratio'd. Looking forward to the franchise's "get woke, go broke" story some day.

Classic “go woke, go broke.” They try to please everyone and piss off their core base. The thing is, based on his physiognomy and supposed self-made success, you’d think Mark Cuban would be a pretty based, pro-American guy. I don’t get it.

BlastbeatCasanova said:
...Mark Cuban would be a pretty based, pro-American guy. I don’t get it.
Click to expand...

Worldly things, success and money changed him. He went from "American" businessman to "Globalist" businessman - i.e., his business dealings with China.

The NBA says the national anthem will be played at games in keeping with longstanding league policy.

“With NBA teams now in the process of welcoming fans back into their arenas, all teams will play the national anthem in keeping with longstanding league policy.”
Click to expand... 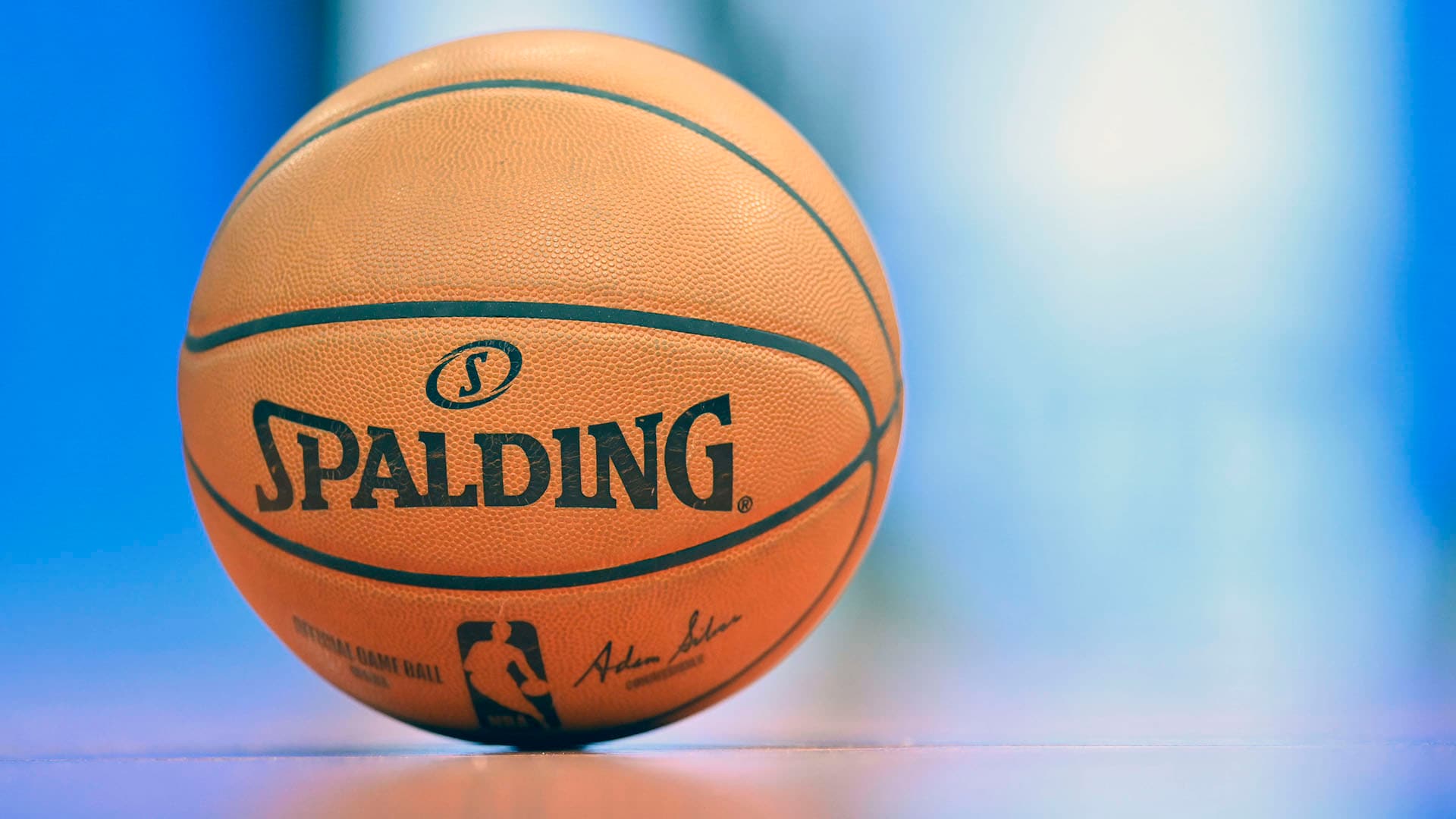 The NBA says the national anthem will be played at games in keeping with longstanding league policy. 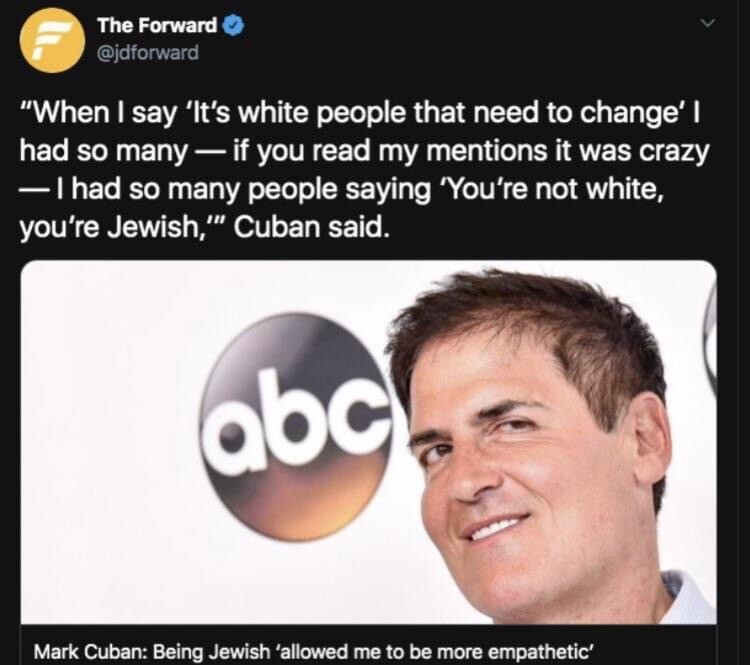 Mark Cuban: Being Jewish ‘allowed me to be more empathetic’

Cuban said his grandparents came to America from Russia “because if they didn’t leave they’d be dead.”

I mean is it worth even getting mad about? You shouldn't watch the NBA, its going to get worse and worse. The funny thing is Cuban makes a big deal out of supporting the military with his Wounded Warriors Project. I'm sure if the sentiment shifted and some footage of our "troopz" killing some middle eastern civillian somewhere went viral a la George Floyd and #DefendtheMilitary started he'd turn on them in a second.

This whole thing stinks of Cuban positioning himself to run as President as a Democrat. He really thinks what Trump did was something he could easily do so he's going to be the leftist Trump.

Looks like the NBA popularity is following the NFL's popularity track. 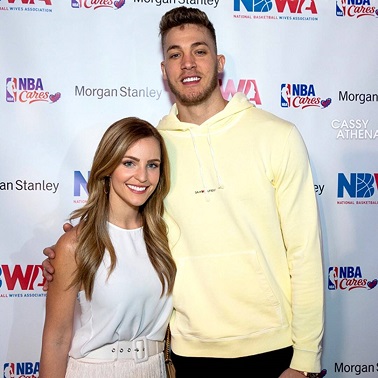 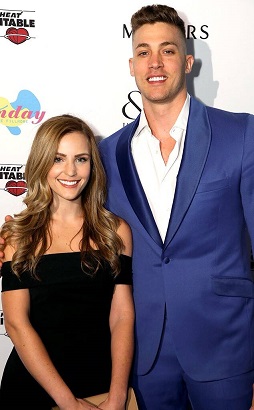 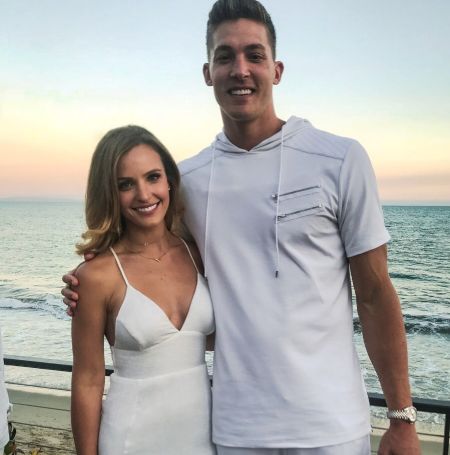 Low IQ Lebron going after the cop who successfully kept a girl from being stabbed to death. This guy is satanic scum.

Lebron deleted the tweet after the anger directed at him was excellent. Great news, a powerful A list celebrity was shut down by we the people.