I will like some guidance on this:
I found God again a couple years ago, was baptized, and been reading the Bible frequently. Was raised into a non-denominational church. Last couple years I've been apart of of a small/medium evangelical church. Pastor is pretty red-pilled with a cool wife and I've connected with some folks my age. Pastor is anti-mask, traditional, anti-communism, loves God, etc.

That being said, I've been receptive/open to The Orthodox Church (there's 2 in my town). Locally some of the other Prot churches have been pushing some questionable concepts: a rainbow on the front sign on one church, and another has been pushing BLM; I see some of the potential flaws of the Prot ideologies (being so many denominations) and I noticed a complete feminization of many branches.

The Orthodox Church has absolutely peaked my interest. It's unified, historical, and filled with strong men. I do not want to be divisive and maybe I'm over thinking this. Do you think it's worth checking out the 2 orthodox churches in my town, or is my red-pilled local church solid? I'm somewhat unfamiliar (or even turned off) by the mary/saints veneration but I could be open to this theology. My mom was raised Catholic (now a religious Prot) but also seems open to the Orthodox Church. Any input, or swaying me, to the Orthodox Church would be awesome.

Gold Member
@ItalianStallion9 Do it. It can't hurt to check it out at least. You're in a better situation than my protestant home church (which has swallowed the BLM race narrative hook, line, and sinker) but here's the problem. There's zero stability in protestantism.

In a small, based church, if it's not in danger of getting woke than it's susceptible in other ways (the pastor getting an ego trip if there's not much accountability, infidelity, etc.) I don't mean to make you paranoid about what might be a great church situation, but I've seen this happen in various churches where I've been a member over the years. If one is in a larger denomination with more oversight, it's probably already been cucked - even Southern Baptists, the most traditional denomination, have gone full woke. Maybe a more conservative group has spun off, like PCUSA, but those always seem to get compromised in time, too.

Evangelicalism seems healthy on the surface, but it's largely an illusion, as consumer-minded congregants bouncing from one celebrity-aspirant pastor and worship band church to the next, treating church like a restaurant or an entertainment product. And let's be real, if they aren't doing it yet, all the megachurches are no more than a few years from embracing wokeness, female clergy, and/or eventually homosexuality. Not every church will do it, but many will. In light of this year's events, the writing is on the wall.

I think that people on this forum are ahead of the curve of what could eventually be a massive exodus of conservative evangelicals from increasingly-unfamiliar woke churches, toward trad Catholic groups and Eastern Orthodox with the structure and history of resisting decay.

The Russian church I've been visiting for a few weeks has seriously impressed me. If one of your local Orthodox churches is ROCOR, definitely give it a look. Also look into trying Orthodox prayer - this is a great place to start, and if you can't stand doing a prayer rule, then you probably won't be too into Orthodoxy in general.

Gold Member
I would suggest checking out this series of two interviews with Fr. Josiah Trenham on why he left Protestantism for Orthodoxy.

One of the main reasons he cites, near the beginning of the first segment, is that he knew he was building his life around a church that would continue to change for the worse both in his lifetime and his children’s lifetime.


And if we take a step back, to look at Christian concepts like eternal truth and an immortal soul, I think it becomes less a question of which church is more "red pill" from a political perspective in this particular instant and which church embodies transcendent truth and is better equipped to guide you to salvation.

From this perspective, I don't even think it's close, personally.

Subdeacon Ezra’s YouTube series “Finding The Church That Jesus Built” is a fantastic place to start as well. Each of the 8 or 9 videos is packed with information, presented in a very linear and easy-to-understand manner. 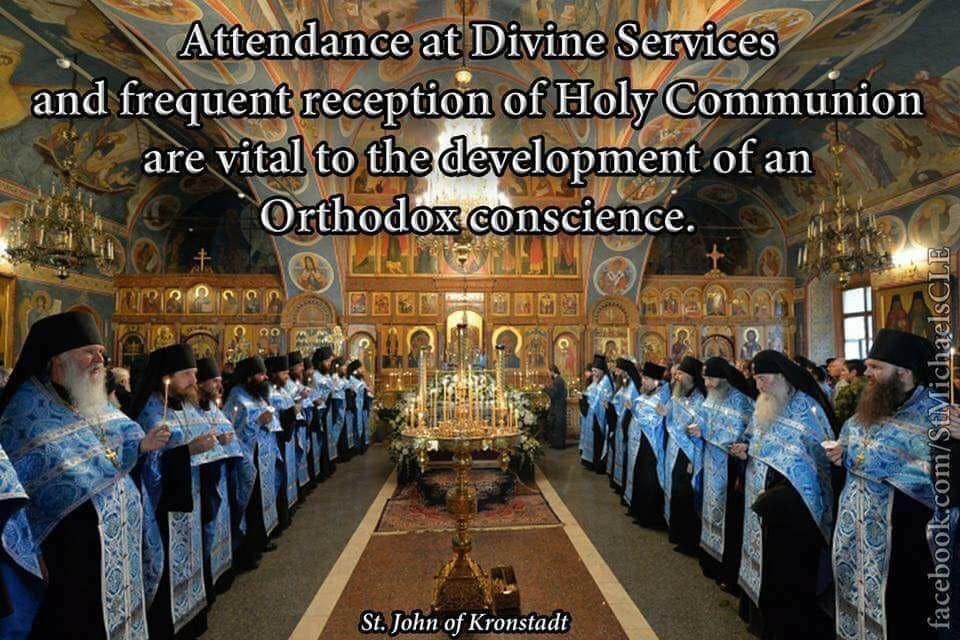 Churches in California are closed by order of the Governor. While some important Protestant ministers are fighting, where are the Orthodox?

Video's 27+ minutes long. One could tell Father Trenham's frustration with the California Governor's COVID policies and the effect it's having on Churches in that state. 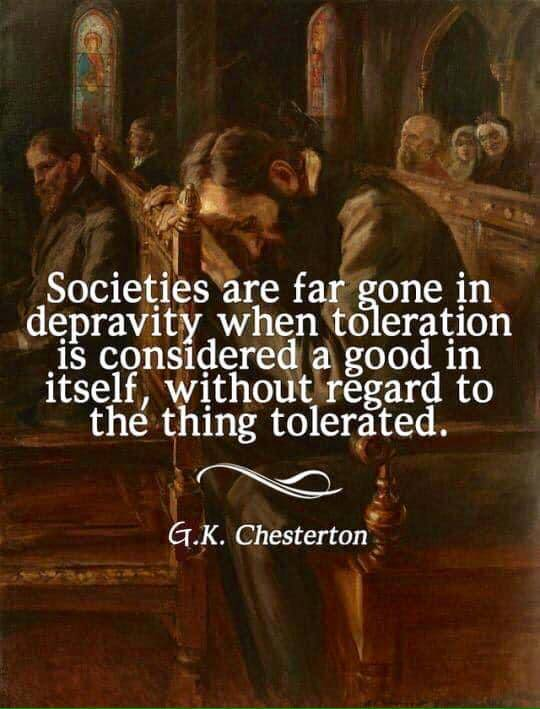 Thought this was a great video--has applications to all denominations, really:

An0dyne said:
Thought this was a great video--has applications to all denominations, really:

That video was a punch in the stomach.

NickK said:
That video was a punch in the stomach.
Click to expand...

The more I watched it, the more convicting it became. I have fallen into a number of the categories over time!

Gold Member
So I've bought an Orthodox study bible - I read Father Spyridon's book about the Kingdom of Satan and it's basically hand in hand with what we believe here and based on that and the suggestions of some other people - I think ROCOR is probably the way to go for me. Protestantism has been utterly corrupted by modernity, and so has the papacy.

Quick question: is it acceptable to pray as I would as a protestant at this stage, I.E without the icons and such?

Maybe you already pray in front of a Cross on your wall?
That's fine until you become a catechumen and receive an actual prayer rule by your priest and start filling your wall with icons.

God bless you in your journey.

Teedub said:
Quick question: is it acceptable to pray as I would as a protestant at this stage, I.E without the icons and such?
Click to expand...

Absolutely. It's good to have icons, but you can and should pray even when there are no icons around.

Gold Member
Unfortunately, I'm in a country where the only local service in English is at a Catholic church. Is it OK to attend?

P.S Thanks for all your helpful words so far.

Gold Member
Anybody seen New Men, the documentary on Holy Cross Monastery in West Virginia? Pretty short film but a nice watch, my wife and I enjoyed it. Beautiful cinematography and some great insight into the monastic life.

You might recall Roosh visited here during his travels last year. (I assume he's also going to find a way to stop by on his upcoming road trip despite Covid nonsense.)

Teedub said:
Unfortunately, I'm in a country where the only local service in English is at a Catholic church. Is it OK to attend?

P.S Thanks for all your helpful words so far.
Click to expand...

Well, you haven't joined the Orthodox Church yet, so it's ultimately up to you. But Orthodox can't take communion with Catholics and vice versa. 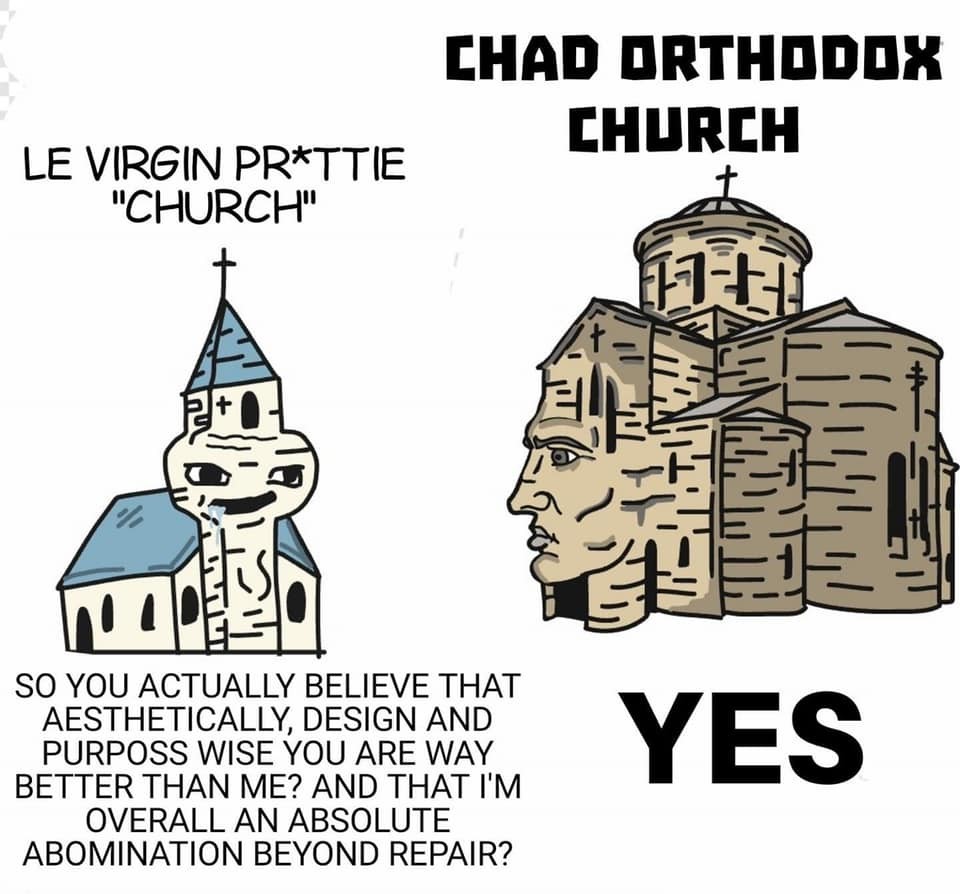 Gold Member
Orthodox Abbot Rafailo of Podmaine Monastery in Montenegro preaches on Good Friday about the fear of death. 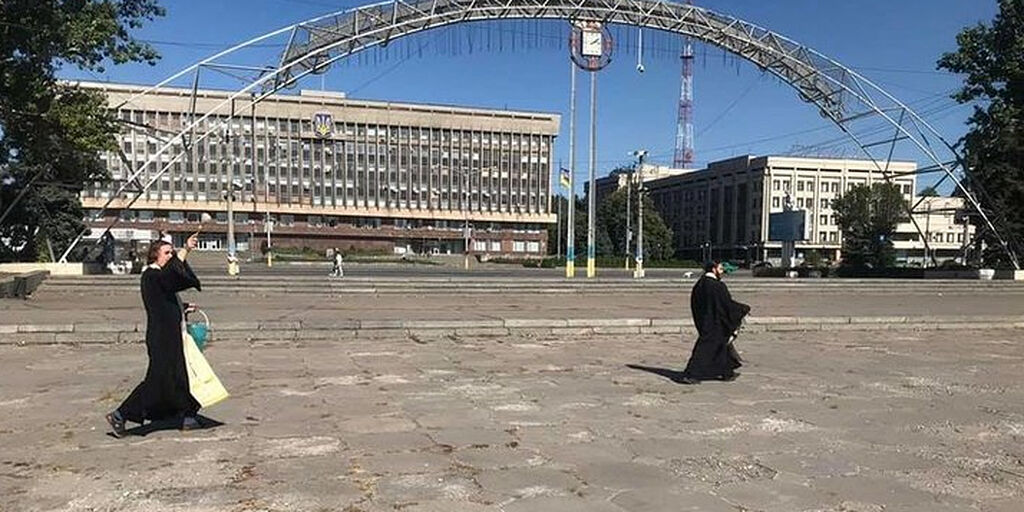 Earlier, His Eminence Metropolitan Luke, the outspoken hierarch of the Zaporozhye Diocese called on authorities to ban the LGBT event, though they did not heed his call.