The Orthodoxy Of G.K. Chesterton 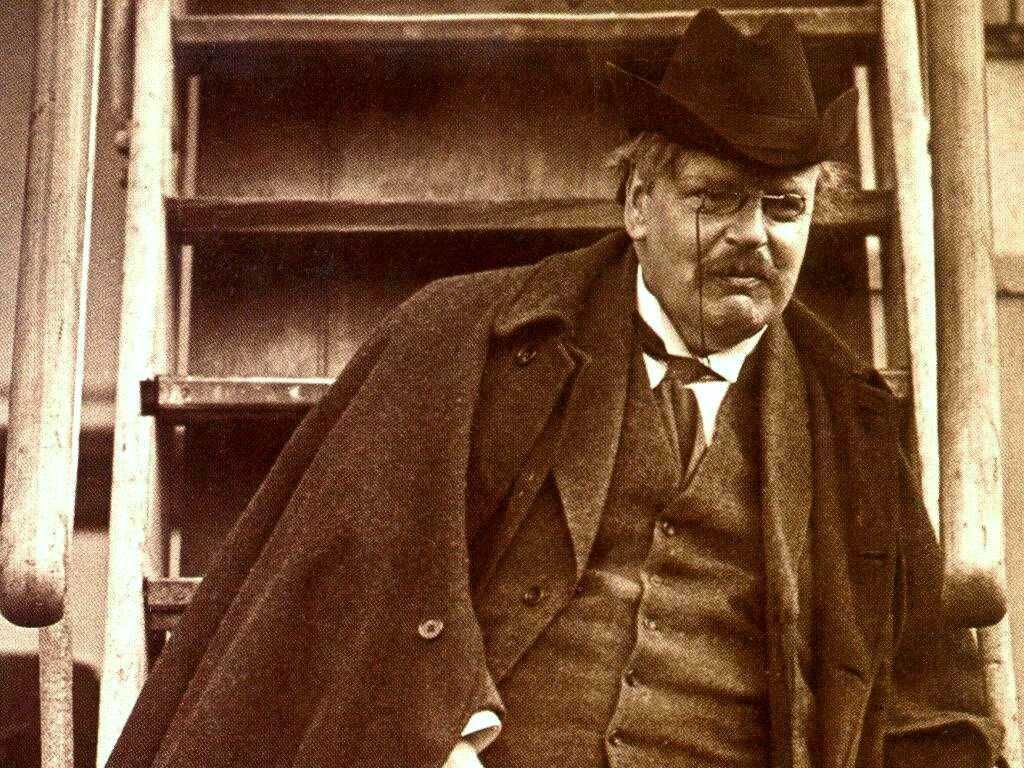 It’s hard to go a couple of months in conservative circles without coming across a G.K. Chesterton quote. After reading this book, I’m afraid to say that his quotes are better than his prose because Orthodoxy felt like the ramblings of a grumpy old man. There wasn’t much orthodoxy in it at all, and at times I was completely lost in his train of thought. Nonetheless, I’d like to share the few passages that I enjoyed.

Trying to be healthy

The mere pursuit of health always leads to something unhealthy. Physical nature must not be made the direct object of obedience; it must be enjoyed, not worshiped.
Click to expand...

One side effect of the fear of death is an obsession over health and living longer. Every few months there is a new trend which purports to extend your life, but what will you do with longer life? Obsess more over your health? People would use an extension of time given to them to merely try to extend it further. The fear of death remains, and if anything, intensifies as the moment gets near.

The bustle of modernity is a mirage

It is customary to complain of the bustle and strenuousness of our epoch. But in truth the chief mark of our epoch is a profound laziness and fatigue; and the fact is that the real laziness is the cause of the apparent bustle. Take one quite external case; the streets are noisy with taxicabs and motorcars; but this is not due to human activity but to human repose. There would be less bustle if there were more activity, if people were simply walking about. Our world would be more silent if it were more strenuous. And this which is true of the apparent physical bustle is true also for the apparent bustle of the intellect. Most of the machinery of modern language is labour-saving machinery; and it saves mental labour very much more than it ought.
Click to expand...

It seems like the more “busy” someone is, the less important work they do. Business, like the aforementioned health crusades, is just a way to distract from your mission in life. If you keep moving, and keep thinking of the future, maybe your mind will never settle for a moment to ask what is the point of your existence.

It’s not an accident that I was most prideful during the times I had the least to be prideful for. People are so desperate to feel confident or superior that they make up a game with rules that declare themselves a winner (e.g. number of sex partners in foreign countries), and then use that to feel good about themselves, but no one cares about your game or rules—certainly not God—and the things that you feel prideful from today will be what you’ll be ashamed of tomorrow.

A mind on its own cannot save

A man cannot think himself out of mental evil; for it is actually the organ of thought that has become diseased, ungovernable, and, as it were, independent. He can only be saved by will or faith. The moment his mere reason moves, it moves in the old circular rut; he will go round and round his logical circle…
Click to expand...

The problem with the mind is that it’s most capable of coming up with schemes. A new scheme pops into your head that you believe will save you, and then you give it your all to accomplish the scheme, but its fulfillment does not save, and so you’re forced to construct another scheme. Many people’s lives are nothing more than a series of schemes or material projects. Only God can save you with His grace. Your mental effort or plans cannot save; it only creates spiritual death. 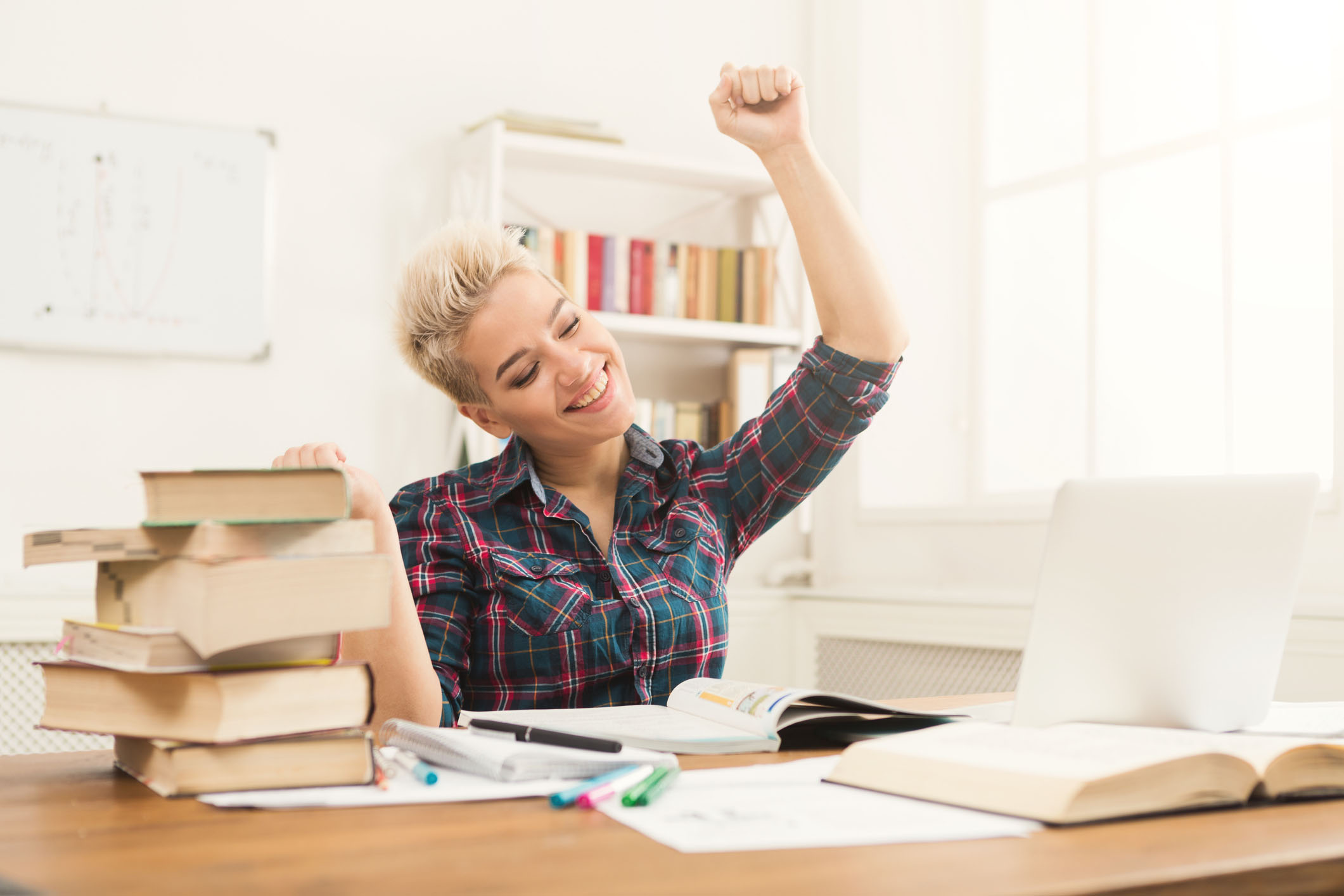 When a religious scheme is shattered (as Christianity was shattered at the Reformation), it is not merely the vices that are let loose. The vices are, indeed, let loose, and they wander and do damage. But the virtues are let loose also; and the virtues wander more wildly, and the virtues do more terrible damage. The modern world is full of the old Christian virtues gone mad. The virtues have gone mad because they have been isolated from each other and are wandering alone. Thus some scientists care for truth; and their truth is pitiless. Thus some humanitarians only care for pity; and their pity (I am sorry to say) is often untruthful. For example, Mr. Blatchford attacks Christianity because he is mad on one Christian virtue: the merely mystical and almost irrational virtue of charity. He has a strange idea that he will make it easier to forgive sins by saying that there are no sins to forgive.
Click to expand...

Virtue disconnected from its source, God, is pride. You don’t have to spend a long time on Twitter to see it in full display among the do-gooders who are supposedly fighting against evil. Proper virtue is a way to ascend into the Kingdom of Heaven, a way to show love for our Creator, but virtue for virtue’s sake often turns wrathful and demonic. In some cases, your display of virtue, such as in the case of promoting an open-door policy for third-world refugees, is a direct attack on your neighbor who has to bear the brunt of your “virtue.”

God’s plan as lived by humans

God had written, not so much a poem, but rather a play; a play he had planned as perfect, but which had necessarily been left to human actors and stage-managers, who had since made a great mess of it.
Click to expand...

Nothing is unexpected by God. He knew we’d make a mess, just like how you know that a puppy you bring home will soil the rug. He accounted for our inevitable failures in His plan, which will still be achieved in due time.

The sin of suicide

Not only is suicide a sin, it is the sin. It is the ultimate and absolute evil, the refusal to take an interest in existence; the refusal to take the oath of loyalty to life. The man who kills a man, kills a man. The man who kills himself, kills all men; as far as he is concerned he wipes out the world. His act is worse (symbolically considered) than any rape or dynamite outrage.
Click to expand...

Suicide is a problem of faith. How could you do it if you felt Christ was guiding your life, methodically opening some doors and closing others while helping you endure temptations and sufferings? The man of faith can see suffering as a compliment, that God believes he can handle this trial and through that ascend even closer to Him. Blessed is the suffering man who still glorifies God.

This is the thrilling romance of Orthodoxy. People have fallen into a foolish habit of speaking of orthodoxy as something heavy, humdrum, and safe. There never was anything so perilous or so exciting as orthodoxy. It was sanity: and to be sane is more dramatic than to be mad. It was the equilibrium of a man behind madly rushing horses, seeming to stoop this way and to sway that, yet in every attitude having the grace of statuary and the accuracy of arithmetic.
Click to expand...

The collection of quotes above are certainly appealing, but I don’t have much in the way of praise for the rest of Orthodoxy, which spent an inordinate amount of time arguing against determinists (those who don’t believe in free will). This book is safe to pass on.

Catholic
There needs to be some background to this. Orthodoxy was the follow-on book to Heretics. In Heretics Chesterton derided the philosophies of the day, but was criticized for not then laying out what he believed in. Orthodoxy was the follow up book where he delved into what he believed in, and why he believed it. Incidentally, Chesterton grew up Unitarian, then sought out his own religion, or lack thereof, and went Anglican. Later on, years after writing Orthodoxy, he was received into the Catholic Church.

Chesterton saw himself as a journalist, and he wrote over 4,000 newspaper essays over the years. Having read many of his works, several of them, Orthodoxy and Heretics included, I think he never intended to be a book for ages, but was addressed to the specific time and place. A person may need to be familiar with the philosophies and thinkers of the late 1800's and early 1900's for some of it to make sense. I think that era is worth studying. Really, nothing is new these days, rather the forces of evil just do not see why they should hide any longer.

Before giving up on Chesterton, try The Flying Inn or Man Alive. Those are works of fiction that are most timely these days. The Everlasting Man is worthwhile as well. The Father Brown Mysteries are not bad either.

Regarding Orthodoxy, I bought the book about 20 years ago after reading a magazine article about Chesterton. I took it home, could not make it through the first chapter, and left it on a shelf. A few years later, I picked it up again, and it was different for some reason. I think that Chesterton writes as though he is a drunkard going here and there from subject to subject hoping to amuse the reader. He goes here and there and tosses a lot of random things out, but then the final piece of the puzzle drops in and it makes perfect sense. He was laying a trap the whole time.

Chesterton's writings, conveyed via J.R.R. Tolkien, were what pulled C.S. Lewis out of the pit of atheism. The man wrote some good things, not just witty sayings, but keen insights that knocked down the false edifices then and can knock then down now as well.
E

He was a wonderful conservative writer who revelled in paradox. I discovered him through Jorge Luis Borges. It is clear from his writings that Borges was a huge fan.

The plot to Chesterton's collection of stories, The Club of Queer Trades, always fascinated me. Each story in the collection is centered on a person who is making his living by some novel and extraordinary means (a "queer trade", using the word "queer" in the sense of "peculiar"). I think that is something we should all aim for when it comes to earning a living.

Here are some of my favourite G.K. Chesterton quotes:

“Don't ever take a fence down until you know the reason it was put up.”
R

Other Christian
I haven’t read Orthodoxy, but some of his essays and fiction are very, very good.

I saw a presentation about this hosted by the head of the American Chesterton Society on EWTN last night. On my to-read list.

Roosh said:
Suicide is a problem of faith. How could you do it if you felt Christ was guiding your life, methodically opening some doors and closing others while helping you endure temptations and sufferings? The man of faith can see suffering as a compliment, that God believes he can handle this trial and through that ascend even closer to Him. Blessed is the suffering man who still glorifies God
Click to expand...