The Pain Of Limbo 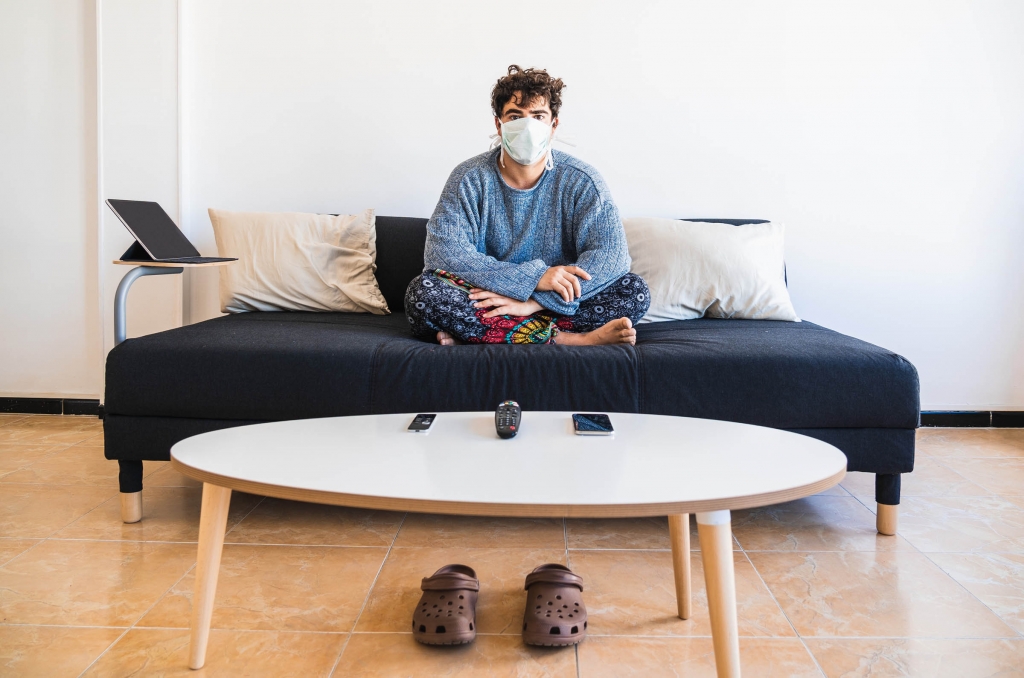 Experiencing pain may be difficult but the anticipation of pain, of not knowing the exact nature of an upcoming tribulation, is even worse. For many people, being stuck in such a limbo state is unbearable enough that it can lead to a mental breakdown. It’s easier to face a storm that is here than to watch one slowly advancing towards you.

When I moved to the West Virginia mountains, I unwittingly selected a former drug house that had not been properly decontaminated. The landlord concealed a noxious odor that smelled like the combination of dog urine and unwashed feet. I was upset that I had inherited such a problem, but the landlord acted quickly to steam clean the carpet. I was happy again, until the odor returned. Then a contractor came to get an estimate, signifying sure progress, but then nothing happened for two weeks. A new promise to repair the problem arrived in my email inbox, and then a long delay. Another contractor, and then nothing; another promise, then silence.

For the two months I was in limbo, not sure if I would really stay in the house or not, I experienced emotional whiplash between hope and despair. Many days I was waiting by the phone, expecting a call that the problem would be fixed. I’d run when it rang, only to see that it was my mom. I had trouble concentrating on my work because all I wanted to know was if I could properly move in and call the crack house my home. I learned that I had no innate strategy to deal with limbo. My mind desperately craved a resolution, but unfortunately that resolution never came and I had to move out of the house.

When acute pain comes, such as with a health or financial issue, I absorb the blows and can immediately take action to remedy the damage, but when you expect blows to come forth at a time you cannot predict, you’re forced to brace your body to the point of exhaustion, and when you can brace no more, you now fear that you won’t be able to handle the pain that you believe is still coming.

One common example of limbo is experiencing a health symptom. You may have headaches on one side of your head that won’t go away. You look online for a diagnosis and encounter the word “cancer.” You call the doctor and have to wait one week to see him, more than enough time for your mind to play tricks on you that you indeed have cancer. The doctor orders an MRI and then you have to wait several more days for the result, but at least when the result comes, you’ll have an answer. Either you experience relief that it’s nothing serious or you begin a war against the illness with defined actions to remedy the problem, but when you’re in limbo, what will you fight against? What target will you shoot your bullets at? With no defined enemy, you shoot at the air, making limbo much harder to respond to than if you had a definitive diagnosis or final outcome at hand. 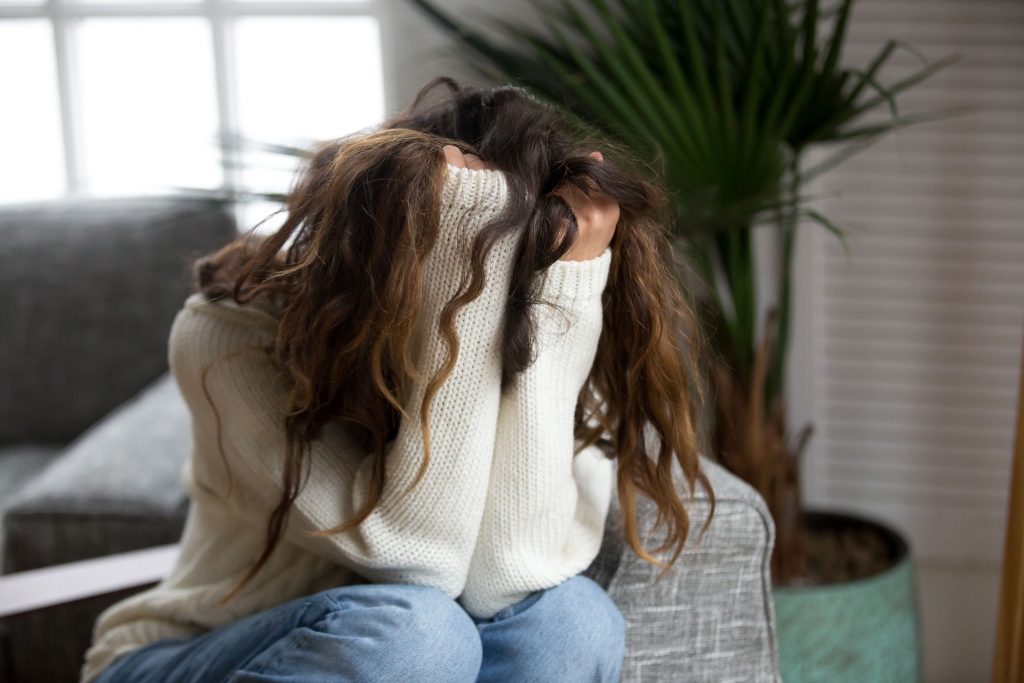 When Paypal started banning people in 2016, I was worried they would come after me. If I didn’t have a Paypal account, I figured, my e-book business would be destroyed. Sure enough, in 2017, I received an email from Paypal stating that they have terminated my account for political reasons. I thought that I would be financially ruined, but I immediately got to work. I found an alternate payment processor that entailed having to build a new e-commerce store. The end result was not destruction but growth; the new storefront increased my monthly earnings by 20%. Before I got banned, I could only worry and hope I wasn’t targeted, but after the banning, I could apply concrete work to remedy the problem.

I have found only two solutions to help with a prolonged limbo state. The first is to lean on God for endurance. In your daily prayer rule, beseech God to help you get through this trial and not to worry about the things that may come tomorrow. Even with prayer, your anxiety will not disappear overnight, but if God deems it, He will allow you to overcome the problem.

Second, it’s helpful to approach the situation as if you’re an observer instead of an active participant. Imagine you are a field scientist or memoirist commenting on the events and feelings you are experiencing: “It is interesting that one side of my head hurts, and the pain is severe—oh there it goes again—but it is not known what this is and so more tests must be made. Life goes on in the meanwhile.” Or in the case of my crack house: “It appears that the owner doesn’t want to repair the urine odor, and this is expected since he must have lost a lot of money renting to drug addicts. Let’s see if he will throw away a paying tenant by not making a repair that costs about two months of rent. In the meantime, try and write two articles today.”

During down moments, let the observer talk some sense into you: “It is upsetting to know that my employer is likely to fire me, but as of now I have a job and will wait patiently to see what happens. If things go bad, I will respond in a proper way to resolve the problem. My resume is already updated.” Instead of allowing your emotions to send you into despair, replace them with the dry musings of a detached observer who describes the problems in a calm way and reminds you that while in limbo, patience is the most prudent quality to have.

Most limbo states you experience will be short. There is a rumor at your office that layoffs are coming, and you find out within a few days. You have a health problem and can get a diagnosis within a couple of weeks. It’s when you’re in limbo for months then you’ll really need to call on God for help with controlling the emotional instability that happens in your mind. The coronavirus pandemic, with its months of random lockdowns, is a good example of how limbo can be prolonged. You may have seen firsthand how people were unable to handle the limbo, responding with all manner of fear, anger, and impatience. One can only imagine how it will be during the end times, when you know for certain that severe tribulations are coming but without the knowledge of when or how. Let us train ourselves today for the little limbos we must endure for the ultimate limbo that may not be that far into the future.

Trad Catholic
Very well written, this article really spoke to me since this limbo is 100% something I am experiencing at the moment. Have to admit, find it funny how your articles once spoke to me about fornicating game, then about forming serious relationships, and now at last about living a life for Christ. Many thanks Señor Roosh!
I

All uncertainty is combated by the certainty of Gods love for you. You have to be certain of the uncertain because you are certain God loves you
D

A very timely and relevant article Roosh. Thanks. I needed to read this one today.
S

Protestant
Being present rather than worrying about some future blow is important in martial arts too. Worrying about what your opponent might do later rather than acting on what he is doing right now (or not doing) will screw you up and he will sense it as weakness as well. Plus keeping the body in a relaxed state rather than constantly braced for impact helps with being able to move well when the attack actually does come.

Orthodox
During these limbo times I face, I pray more. Nothing i can do except take my worry to God
P

Woman
Catholic
Well thank you mate, just what I need at this time when my city of 2 million people is in day two of a 5 day lockdown because of one covid case in the community. Don’t get me wrong it’s a great place to be but the overkill of using lockdown for one case is very worrisome.

Great article, thanks Roosh. This is the kind of thing we need right now.

On a humorous note, I'm still trying to train myself not to get distracted by reading the articles in your voice, since I usually watch your live streams

Banned
Cool article but what does it have to do with the pain of Limbo???

Roosh said:
Second, it’s helpful to approach the situation as if you’re an observer instead of an active participant. Imagine you are a field scientist or memoirist commenting on the events and feelings you are experiencing: “It is interesting that one side of my head hurts, and the pain is severe—oh there it goes again—but it is not known what this is and so more tests must be made. Life goes on in the meanwhile.” Or in the case of my crack house: “It appears that the owner doesn’t want to repair the urine odor, and this is expected since he must have lost a lot of money renting to drug addicts. Let’s see if he will throw away a paying tenant by not making a repair that costs about two months of rent. In the meantime, try and write two articles today.”
Click to expand...

I would elaborate on this. These periods of uncertainty can cause anxiety or even anger. Those emotions can cripple you and either prevent you from acting positively or cause destructive behavior, like lashing out at others, drug use, etc.

Instead, note what is causing you stress and the various facets of it. With your landlord situation, you have the physical - it stinks, the financial - you might have to pay for the repair yourself or worst case have to move. You also have the inconvenience of being strung out, waiting for an answer. But once you define the problem in these terms, and break it apart, it can seem more manageable. For example, you could just clean the carpet yourself at the cost of a few hundred bucks. Or you could find a new place, which is stressful, but might be an oppportunity to get tot a better place. So writing down what is causing you stress can help you to see its limits - a few hundred bucks if I have to pay to clean it myself - or the hidden opportunities in a situation - this is an excuse to move to a better place. This is not instantaneous, but I find if you write it down and look at it once a day, you begin to see your situation from a different perspective and if you sleep on it you often wake with fresh ideas.

Roosh said:
I thought that I would be financially ruined, but I immediately got to work. I found an alternate payment processor that entailed having to build a new e-commerce store.
Click to expand...

What is the name of this alternate payment processor, if I may ask ? On the website it seems you made it all by yourself.

Woman
Protestant
Limbo between these two posts...something doesn't add up:

Texas is committed to the freedom and security of Israel

I want to thank Roosh for this article. I have been lurking for several months and check for updated content once a week or so. God, in His sovereignty, graciously led me to this article yesterday (August 2021) even through it was authored in January. I really needed to read this - being in limbo on several things myself.
Share:
Twitter Email Share Link
Top