Ah_Tibor said:
I actually like animals a lot, particularly cats. I think people have a special bond with them because they keep vermin away. I like bigger dogs more than little yapper dogs.
Click to expand...

You're a city dweller, I guess?
Well, in such a case, you'll be glad to learn that dogs too, were meant to "keep vermin away", and that includes "little yapper dogs" that, would you believe it, were created mostly to hunt for rats or foxes or badgers. Yes, dogs used to be useful to mankind, but that was before mankind became mostly cute white collar office workers.

So, don't get dogs if you don't live in, or travel to, the countryside, it's that simple.

Anyway, it is of interest on this thread, to note that the acting Pope has declared, a few days ago, that people who have dogs but refuse to have kids, are egoistic. One of his few good remarks of the year.

I have to add that very unsavoury things are written on this thread. People who have kids and suddenly they don't care about their "old dogs" anymore, and would be "thrilled" if they (the dogs, formerly beloved) would just conveniently die. Sad. Some people should realise they should not adopt dogs, ever, kids or not.

I'm genuinely curious too. Why can't these people love their newborn kids, while maintaining affection for their "old dogs"?
C

Durden347 said:
My sis has a bf that lives with her and a pet cat. They have already lived together for a couple of years and still have not officially tied the knot. Also, both are left-leaning millenials when it comes to politics. There is definitely a correlation.
Click to expand...

Why do folks live together for several years? Are they against the institution of marriage or somehow afraid of commitment? I see this all the time and just wonder why.

Other Christian
Maybe the same reason why they would rather have pets than kids. On the side note,


The people who run this channel have three pet cats that they treat like children. It seems like the woman here is making her husband do videos with her and the pets. They have lots of videos with with their cats and live in California. There a lots of people on YouTube like them.
Last edited: January 15, 2022
C

Other Christian
Saw a dog yesterday on the second floor of the building where I live perched on the dining room table table eating from a plate. Some kind of Beagle or Jack Russell. A larger blonde lady also sitting at the table.

thetruewhitenorth said:
I dont mind as much these people voluntarily choosing to go instinct. What I do mind is them aggressively insisting that the rest must follow their suit.

Kind of like fat co-workers might feel very uneasy about the presence of a good looking, slim new hire, and will try to fatten her up to bring her down to their level of misery and ugliness.
Click to expand...

Most of these people will eventually realize that they are still not happy with a pet want more than just an animal. It is hard-wired in our DNA for the majority of us to reproduce as humans. If anyone wants to be single with a lot of pets or none then it is up to them. They shouldn't shove their views up everyone's throats or butt in to anyone's life. 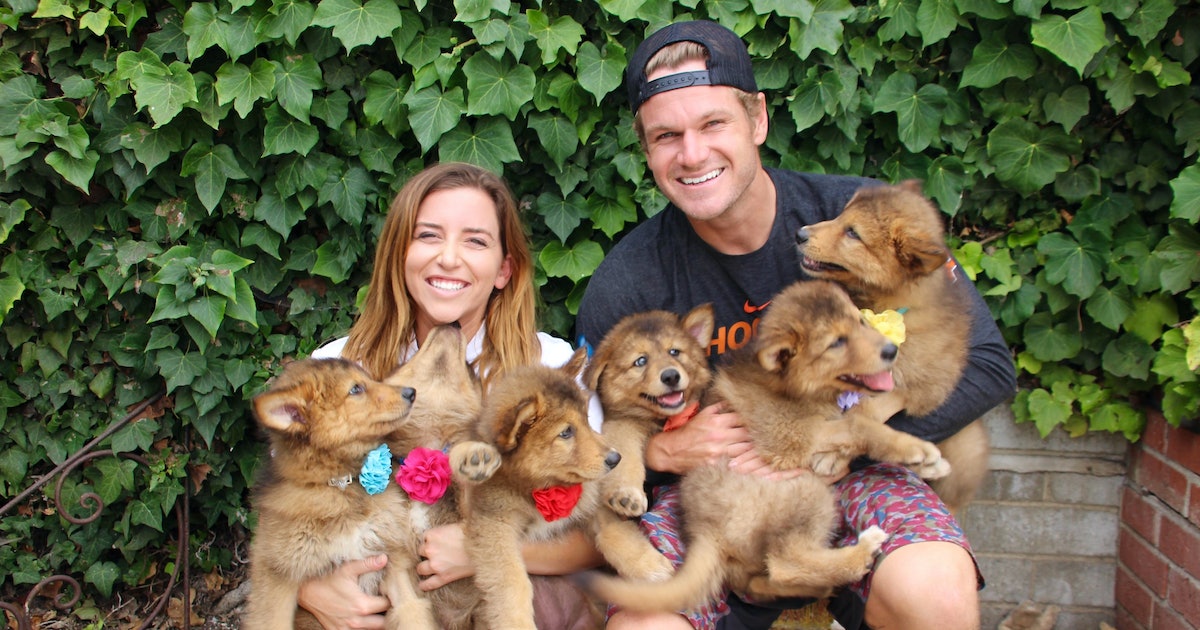 Bring in the clones: Instagrammers are genetically replicating their pets

Cloning cats and dogs is expensive and controversial. But the humans behind petfluencer accounts say it's worth it.

Bring in the clones: Instagrammers are genetically replicating their pets

Cloning cats and dogs is expensive and controversial. But the humans behind petfluencer accounts say it's worth it.

Shouldn't this be "send in the clones"

I think a lot of the pet cloning funding is coming from the anti-aging/clone your organs crowd, just like how the current injections were created and tested on animals so they could repurpose it.

Orthodox Inquirer
If you guys want to see some sickness, check out the cesspool of reddit combined with pets-as-kids.

r/childfree: Discussion topics and links of interest to childfree individuals.

inthefade said:
If you guys want to see some sickness, check out the cesspool of reddit combined with pets-as-kids.

r/childfree: Discussion topics and links of interest to childfree individuals.

These are always the same people who share news articles about bad parents and product recalls.

My one friend who is "child-free" (we've grown apart over the years and I can't remember the last time I saw her in person) was very spoiled as a kid. Indulgence and neglect are two sides of the same coin.

Woman
Orthodox Inquirer
I think of you've already had as many children as you can reasonably handle, there's no harm in having pets that you treat a little like a kid. My pets provide a lot of structure for our time and keep us close to home -- kind of like having a toddler or infant.
C

Other Christian
Nothing wrong with having a dog. I have had three Labradors. They were the kindest, gentlest creatures ever. I believe they can comprehend about as much language as a very young child. I could have a conversation with them and they would respond with actions to show they understood. I really believe (without theology to back this) they have capacity for right and wrong.

My issue is when people use them as child substitutes. I also have an issue with people spending thousands on animal vet bills yet a child somewhere dies of hunger or disease.
You must log in or register to reply here.
Share:
Twitter Email Share Link
Top