The political successors of the gnostic heresy

Gold Member
A topic that I have an interest in is the influence of gnosticism on the west and the different forms it has appeared and asserted itself even long after it was officially purged from the church. Catholic philosopher Edward Feser has a nice article about it's political manifestations. 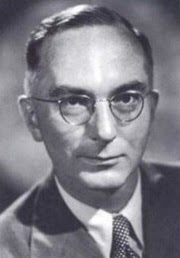 First, some quotes about the gnostic mentality. The blog post has six points on what gnosticism believes in and how it differs from the Christian viewpoint even if there seem similar on a shallow analysis. All six points should be read but I don't want to quote the entire section so I'll just quote some bits of it.:

First, it sees evil as all-pervasive and nearly omnipotent, absolutely permeating the established order of things. You might wonder how this differs from the Christian doctrine of original sin. It differs radically. Christianity teaches the basic goodness of the created order. It teaches that human beings have a natural capacity for knowledge and practice of the good – the idea of natural law. ...The Gnostic mindset takes a much darker view. The original Gnostic movements regarded the material world as essentially evil. They saw marriage and family as evil. They regarded the God of the Old Testament as the malign creator and ruler of the present sinister order of things. The Gnostic mentality is thus one of radical alienation from the created order. It sees that order as something to be destroyed or escaped from rather than redeemed.
Click to expand...

Second, the Gnostic mentality holds that only an elect who have received a special gnosis or “knowledge” from a Gnostic sage can see through the illusory appearances of things to the reality of the incorrigible evil of this world... You might wonder how this differs from Christian appeal to special divine revelation. Once again, the difference is radical. Christian teaching is essentially exoteric...Gnostic teaching, by contrast, is esoteric. It holds that the truth cannot be known from the appearances of things or from any official sources, but has been passed along “under the radar” and is accessible only to the initiated.
Click to expand...

Fifth, Gnostic moral practice veers between the extremes of puritanism and libertinism. Initially this might seem puzzling, but it makes perfect sense given the Gnostic’s other commitments. On the one hand, given the Gnostic hatred of the created order and of conventional moral and social life, what the normal person takes to be permissible or even necessary to ordinary life is prissily condemned. Hence, Gnostic heretical movements over the centuries famously emphasized vegetarianism, pacifism, the purported evil of capital punishment, and similarly utopian attitudes...Hence, sexual immorality was often tolerated in practice – as long as it was not associated with marriage and procreation, which would tie us to the ordinary material and social order
Click to expand...

A lot of modern wokeness comes from the sort of mentality described above. I don't want to extend this post any longer than it is and end up quoting half the article but for an example, here's what Feser has to say about how anti-racism is a manifestation of secular gnosticism.

Other forms of woke Gnosticism have their own bogeymen – “patriarchy,” “heteronormativity,” etc. – which, like “whiteness,” are abstractions spoken of as if they were concrete demonic powers. And just when you thought you’d heard of every kind of “oppression” imaginable, the Critical Theorists come along with the notion of “intersectionality,” by which ever more exotic forms can be fantasized into being.
Click to expand...

The Gnostic libertine/puritan dynamic manifests in the shrill condemnation of traditional institutions and morals as oppressively “racist,” “sexist,” “homophobic,” etc. – which gives license both to violate existing norms in the name of “social justice,” and self-righteously to condemn and “cancel” anyone who objects. The Manichean element is manifest in Kendi’s notorious insistence that there is no “non-racist” neutral middle ground. You must either be “anti-racist” in Kendi’s understanding of that term, or you are a racist. In general, the “woke” or “social justice warrior” mentality is absolutely intolerant of nuance or dissent. You are either on their bandwagon, or you are part of the “racist,” “sexist,” “homophobic,” etc. enemy. The immanentized eschaton of the wokester is a radically egalitarian world that has been purified of every last trace of “inequity,” “racism,” “sexism,” “homophobia,” etc., whether in deed or in thought. Though, since there are always new and ever more exotic strata of “oppression” to be identified and confessed to, that eschaton is very far off indeed.
Click to expand...

Orthodox Inquirer
Gold Member
My complaint with his thesis is that he fails to observe that gnostic thought wasn't centralised like Catholic orthodoxy. He's treating gnosticism as a singular entity. Gnosticism encompassed a wide ranging pantheon of thought from various groups around the roman world. To attack them on a singular basis like this ruins his entire argument.

While some gnostic texts are clearly forgeries there are others that aren't. My best example is the Book of Enoch and some other apocryphal texts

The truth is, to read these documents requires a degree of spiritual discernment that isn't present on the common christian.

Voegelin, to his credit, has lifted the meaning and significance of “gnosticism” to a new and higher level than those who merely restrict the meaning of the word to a more spiritual level as worked out in the early centuries of the church.
Click to expand...

Gold Member
This quote from the above article sums up my thoughts well:

Voegelin continued his tracking of the “gnostic” way and worldview as history unfolded. Religion did decline in the 17th-18th centuries as wave after wave of secularism emerged, but the “gnostic” way of thinking persisted. The leaders of the French Revolution were convinced they were on the winning and just side of history and those who dared oppose them (or who belonged to the wrong class) were often beheaded-again the “gnostic” dualism won the day only at this phase in history dressed in secular garments. Voegelin continued to track the addiction to the “gnostic” ethos in the Communist Revolution of 1917 and afterwards. Again, we can see how there were those who were in the know, those who truly understood the unfolding of history (secularized Joachim) and those who dared to differ with them (who did not understand the truth of the proletariat revolution)----the “gnostic” need for certainty ever dominated the day.
Click to expand...

The Beast1 said:
My complaint with his thesis is that he fails to observe that gnostic thought wasn't centralised like Catholic orthodoxy. He's treating gnosticism as a singular entity. Gnosticism encompassed a wide ranging pantheon of thought from various groups around the roman world. To attack them on a singular basis like this ruins his entire argument.

While some gnostic texts are clearly forgeries there are others that aren't. My best example is the Book of Enoch and some other apocryphal texts

The truth is, to read these documents requires a degree of spiritual discernment that isn't present on the common christian.
Click to expand...

The Book of Enoch is gnostic? Please explain.

Orthodox
Gnosticism is the ur-heresy that never completely goes away. It just changes forms, though those forms recycle over time, and finds new and unsuspecting people to infect.

MichaelWitcoff said:
Gnosticism is the ur-heresy that never completely goes away. It just changes forms, though those forms recycle over time, and finds new and unsuspecting people to infect.
Click to expand...

This theme of God as sadist creating reality just to torture us. And the real monistic so called God with no moral demands. Repeats itself. Notice Satan ends up the good guy opposing the so called divine tyranny.

It conflates the flesh as described in the Bible as making out the body as inherently evil including all its inclinations despite it being good in the first place with its passions well proportioned and optimized.

Hence the flesh vs spirit dichotomy is extended to include all embodied beings as an evil and the bodiless spirits of pure mind as an ideal.

It makes the error of conflating disease with health. Which I believe even Augustine ended up falling into as a result of his previous dissolute lifestyle.


As for its prevalence it must be because it acts in a parasitic manner:


It skinsuits itself very successfully.