Holy shit, what a time to be alive. I never thought I'd see something like this again. I don't have any memories of 1995; I only started following football during the 1998 World Cup. This is the best CL result since 1997. It started with qualifier games way back in July 2018. Now we've beaten two of the best teams in the world in the knock-out stages. How far can this go? It has to be done now, because all the world's top teams will pillage our squad in the upcoming summer, with Frenkie de Jong already set for Barcelona.
Click to expand...

What a time indeed. Good to see a fellow Ajax fan on here.

This squad, this season, this Champions League campaign, the way they play: surreal. I can't believe it even as it's happening.

And to think we had to get through 6 qualifier matches to even start in the group stage.

Very excited for todays game against Spurs. Hope Ajax reach the final. They have a shot against Liverpool, although I think the odds would be about 70/30 in favor of Liverpool.

Gold Member
No way, the way they totally outclassed Juve and Real shows
that they can take on anybody, it will be 50-50. 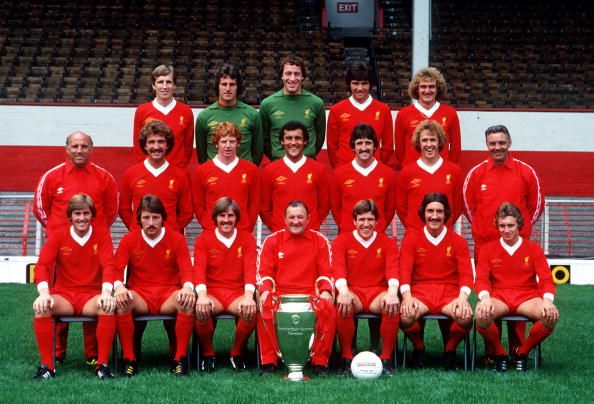 Did anyone make bank on the Liverpool result?
A

I thought Liverpool was gone for all money. Fantastic result for them.

Only ever time that has happened was against Real Madrid around 11-15 years ago.

Gold Member
Spurs getting a proper hiding in Amsterdam, 2-0 already and the half is not even done. Ajax in the final, barging through the front door.

Gold Member
Or maybe the side door, lol, the Dutch caught sleeping in the second half, 2-2.

Gold Member
Ajax led until the last minute. These are the semi-finals that just kept giving, who'd have thought it would end up an all EPL final.

Feel sorry for Ajax considering the scalps they took. Looking forward to an all-English final though - If Spurs win it I can't wait to see the mental breakdown on ArsenalFanTV.

Gold Member
That was a great game. It had it all--Visitor goes down 2-0, makes comeback to tie, home fans were great, near miss goals, last minute winner, players and fans crushed, and it was a big game. I wish a saw it live.

911 said:
Spurs getting a proper hiding in Amsterdam, 2-0 already and the half is not even done. Ajax in the final, barging through the front door.
Click to expand... Gold Member
That was a monumental choke, Ajax' youngsters weren't ready for prime time. Guys like Lucas M. have been there before, brutal clinical finishing and epic hat trick.

Condolences to our Dutch contingent. For neutrals, it just feels like the final went from an epic 1970s bill to an FA Cup quarterfinal, those intranational CL finals just aren't that exciting...:-/

Some of the beat Champions League football I've ever seen so far. The fact Ajax got this far was incredible to watch, not to mention Tottenham beating Man City in the quarter final, the Liverpool comeback yesterday and now this game.

Gold Member
Champions league has been so fucking amazing last years. Just demonstrating why football is the most loved sport on earth. The same with the World cup, we are getting what we pay for!

The second half did not go in the direction I was hoping for.

What a game. What a thriller.

Hakim Ziyech, what a beast this guy was last night and this whole Champions League campaign in general.

Too bad it wasn't meant to be for Ajax. Congratulations to Tottenham Hotspur.

I'll leave with a quote of our godfather Johan Cruijff, which in my opinion summarizes our Champions League season. 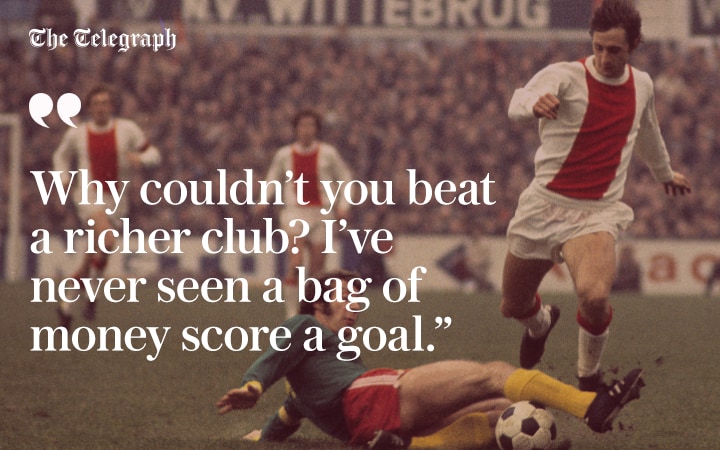 Would have been great to see an Ajax - Barcelona final, two clubs that to this day openly attribute their success to Cruijff.
F

Whatever happens in his career or life from here, 14-year-old Oakley Cannonier will remember his role in arguably the most remarkable victory in the club’s entire history

Trent Alexander-Arnold has been hailed as a genius for the quick corner kick that led to Liverpool’s fourth and deciding goal last night. Yet to begin to understand the pursuit of impossible it is best to start with the instructions and the even spread of information.

Liverpool’s match analysts had noticed last week in the Camp Nou how Barcelona’s players moaned and became distracted whenever a free-kick or a throw-in was awarded against them, even if the decision was blatantly the correct one. This made Jurgen Klopp recognise the possibilities. And so, he filtered a message through the club. It proves that he certainly had not given up – that Liverpool’s recovery was not purely borne out of adrenaline and special oils. His belief was not blind. It translated into plans and schemes.

Carl Lancaster is a coaching mentor at the club’s academy in Kirkby and amongst his responsibilities is the co-ordination of ball boys. He had told them to serve Liverpool’s players as swiftly as possible on Tuesday morning. Oakley Cannonier did not forget and with eleven minutes to go, he fed Alexander-Arnold while Barcelona’s defence fidgeted amongst themselves 20-yards away. It seemed astonishing they were blissfully unaware of what might happen considering Liverpool had already shown their bulldozing intent.
...
Click to expand...

It is so satisfying that Barca lost the semifinal partly because they're a bunch of insufferable twats.

Gold Member
Urgh, that was devastating. Fair play to Spurs, of course. When you put constant pressure, with a strong centre forward like Llorente and a fast guy like Son, you can pressure this Ajax side enough to make their weaknesses show. I'm still amazed that Real and Juve never came close to it while Spurs did, but we were not as invincible as everyone started thinking. The Dutch punditry corps is a bit bipolar in this: when it's bad, it's shit, and when it's good, they act as if we're shitting gold and the trophy is already in the bag. There was one Dutch pundit who openly said that our second-half performance in the first leg was bad, and he was almost crucified for that.

It's all hindsight of course, but the second half of the first leg did in fact demonstrate that Spurs could hurt us, they just didn't do much with it in the final third on that night, unlike in the second leg. Still amazing resilience from them to do it after losing 1-0 in North London and coming 2-0 behind in Amsterdam. But as great as this Ajax side is, once the opposition knows our game and they take countermeasures, there's not much of a plan B. When Ajax's high pressure doesn't succeed at first, Spurs could just stroll from the middle circle to our penalty area. Of course you don't want to overcommit with Son around, and you automatically sit back a bit more when you're 2-0 up, plus the away goal from last week, but that does invite the opposition onto you. And when you concede twice within <5 minutes, then frankly something is wrong either tactically or mentally or both. People won't like to hear that when the pain is still raw and the memory of the great CL season is still fresh, but I think this is generally true. Although of course we still created some chances even in the second half. But the away side dominated in terms of possession (60% overall, 70% in their greatest spell of dominance) and chances created. Those stats don't tell the entire story, but they must mean something.

Same with the 3-2: you're in the 95th minute and the keeper has the ball. He wastes time and gets carded, OK. But still, even in the 95th minute, even under insane pressure, all you have to do is keep the ball until the clock runs out. Sad but true. It's always easy to play what-ifs, but I think Jürgen Klopp must have been watching with a notebook and I think Liverpool would have been able to hurt us with similar tactics. The saddest thing about it is of course what I mentioned before, that this was the now-or-never moment, considering that the top players are going to be sold. People don't like to hear criticism because they then think you're not appreciating how young these lads are and what they've achieved so far. But this is one of those situations where there are no second chances, not for another generation. Although the transfer money will probably allow us to be the biggest fish in the Dutch pond, Bayern-style, you can't just buy a new De Ligt/De Jong/Van de Beek off the shelf.
R

Gold Member
Once again the Dutch have shown their mental weakness.

That’s Champions League final was awful. Becoming more like a circus now rather than a proper game.

Amazed at the amount of guys going crazy over the streaker. She obviously has good assets but if ever there was a butterface.

Fair play to the Russian youtuber for getting her to do it but would not marry.

Also, Neymar accused of rape. Father claims he has been set up. The downfalls of being famous these days. https://apnews.com/9391a7da7fcf4e0cb732c179368e6ec3
You must log in or register to reply here.
Share:
Twitter Email Link
Top