Ginny can get heavy. She has the weight of the world on her shoulders.

Mikan said:
Paulie 'Walnuts' Gualtieri: [turning to Christopher] You're not gonna believe this. He killed sixteen Czechoslovakians. The guy was an interior decorator. Banned
^How is Adriana La Cerva not on your list and Meadow Soprano not number one?

I'd replace number 2 with Adriana and exchange 3 and 1.

No one here thought AJ's gf Blanca was hot af?

Banned
^Shes hot too. There's too many ties on this show. I'd say tied for second on my scale.

Agnostic
We lead the world in computerized data collection. I have been completely ostrafied.

Gold Member
You blow your father with that mouth?

Gold Member
I just had a realization and have not found any info on whether anyone else has noticed.

As fans know, Chris Moltisanti thought Tony and Adriana had an affair. Tony was able to convince Chris that nothing had happened, but it created a rift in their relationship. The rift magnified when Tony ordered the hit on Adriana.

Later, Chris created a movie called "Cleaver." In the movie, the main character, obviously an avatar of Tony Soprano, has sex with his nephew's girlfriend. When the film was screened, everyone (Carmela, Jackie Jr.'s mom) noticed the uncomfortable implication, except Tony himself.

So here's my realization. In the Shakespeare play Hamlet, the Hamlet character thinks his Uncle Claudius murdered Hamlet's father. But Hamlet isn't sure. So Hamlet stages a play (play-within-a-play) in which a man murders his brother, as a sort of test to see how Claudius reacts to the performance. I think Chris's motivation in making "Cleaver" was the same. It was intended to test Tony.

There are other parallels between Chris and Hamlet. Both bedeviled with uncertainty, both having murderous feelings toward their father figures, both feeling they had to avenge the death of their real fathers. Hamlet appears to go mad throughout the play, and Chris loses his cool too, even succumbing to drug addiction.

Anyway, I found this parallel quite interesting. And would be surprised if it were pure coincidence.

Meat Head said:
What I dont understand is how a great actor like Christopher Moltisanti fell off the map and onto small parts in Californiacation.

Like the guy who played McNulty in the Wire. How do great actors like these not make it when Brad Pitt is applauded?
Click to expand...

My guess is they've been typecast. Imperioli, Tony Sirico, the guy who played Big Pussy have been relegated to mob movies only. Imperioli is getting some work here and there but it's nothing compared to the success he had on The Sopranos.

You're right though, it's a damn shame that we don't get to see these guys meanwhile Zac Efron or Seth Rogen get $50 million movie deals

I heard a story that the guys typecast in the Sopranos and other mob shows used to hang out together at all the NYC restaurants together... Apparently the real mob guys were eager as hell to hang out with them, because they liked these guy's performances so much.

Banned
This is one of my favorite scenes from the series. Its just after Dr. Melfi is raped and her attacker gets off on a technicality, and the thought crosses her mind to tell Tony. Its one of the best acted scenes between the two.

Tony: What, you wanna say something?

^-- that's also one of my favorite scenes.

It's the "meta conversation" between the show creators and the audience.

Okay: you guys got to see all of this fun, glorified violence, crime, etc. You rationalized it as a come-up and economic alpha male force to be reckoned with.

But: you don't get EVERYTHING you want. You don't get to see the pitbull (of Melfi's dream) go on the attack to avenge our innocent shrinktagonist.


Sombro said:
I know they'd never do it, but a Sopranos prequel series would have been great. Focusing on Johnny Boy Soprano and his crew, the family antics that led to Tony and Janice's neuroses, etc. There's plenty of characters and backstory that could've been developed further. 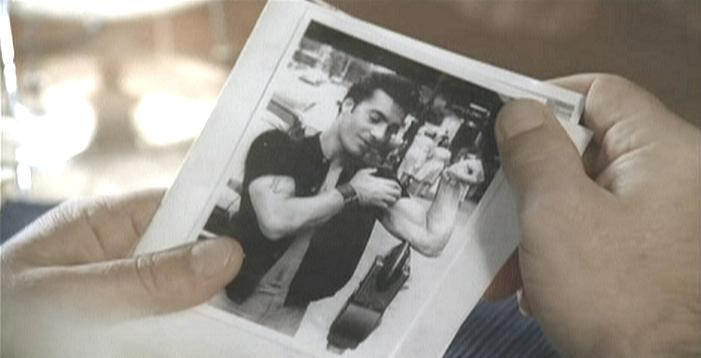 Banned
Wow, this is interesting, l wonder was Paulie Walnuts always a cunt or was it just in later years

Banned
This makes me nervous. Most of the shit turned out of Hollywood now is garbage. If they fuck up Sopranos I'm selling my TV and moving to a remote cabin in Wyoming.

But the movie will be about the Newark riots not the Sopranos.
C

I'd rather Chase do a stand alone mob movie. I don't want to see Johnny Boy henpecked into submission by Livia. You know that'll be the focus in the modern "Time's Up" era.
Share:
Twitter Email Share Link
Top