La Águila Negra said:
Because Turkey gets away with it and nobody cares.

Anyway I don't think Greece's foreign policy itself is really concerned about Christianity and the status of Christians anywhere in the world
Click to expand...

Of course not.
Greece is ruled by NWO puppets that happen to speek Greek.

They are pedophiles just as US politicians are.
The most recent scandal here is that a leftist MKO "concerned with the well being of unatented migrant children" has been linked with pedo actors. And this MKO is run by the cousin of "our" Prime Minister. What a coincidence. Pizzagate in a smaller scale.

Don't expect anything good for Christians from this government. Sometimes I feel we would be better off under Erdogan...

NickK said:
Sometimes I feel we would be better off under Erdogan...
Click to expand...

You had me until here. 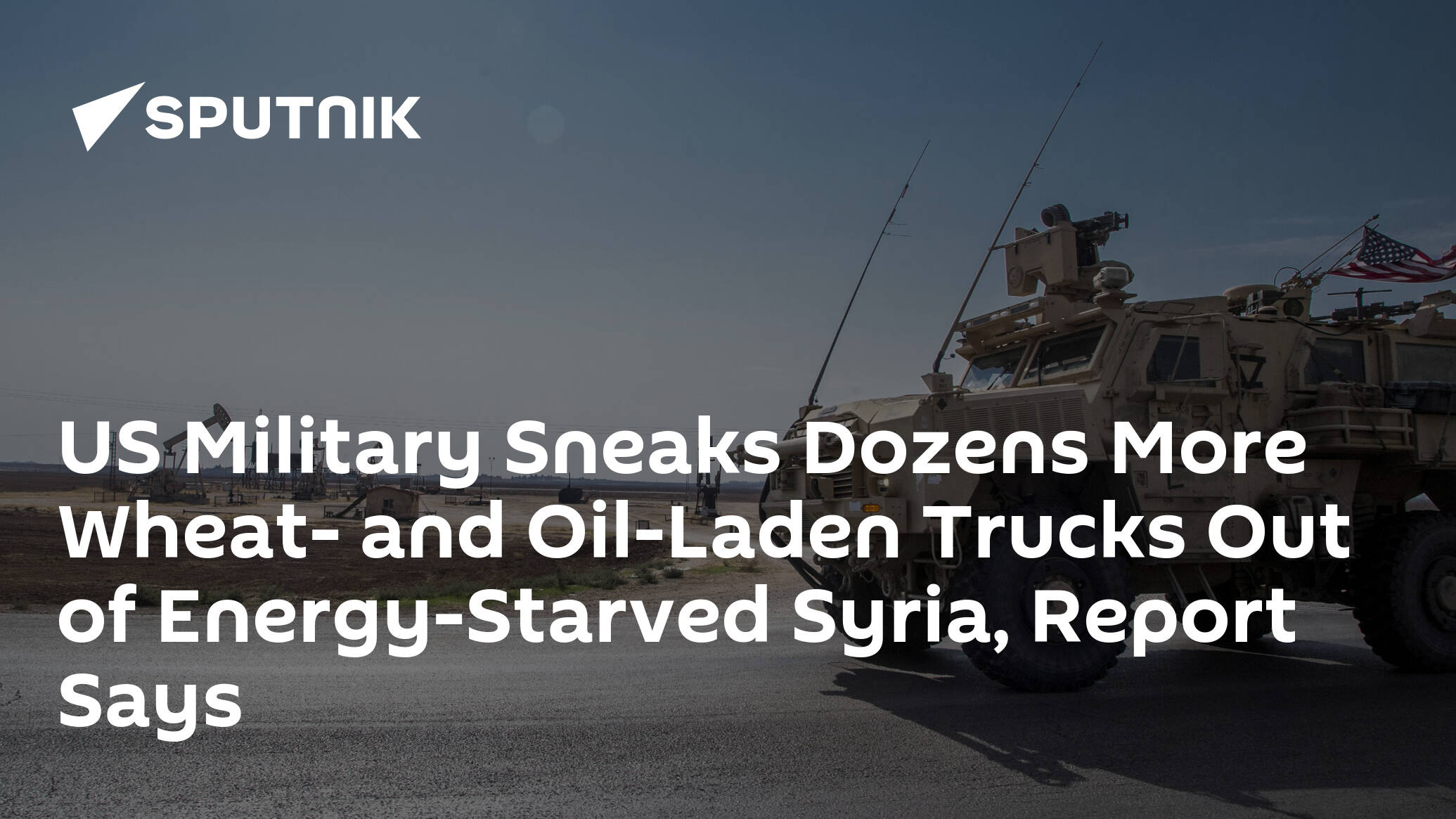 The United States and its Syrian Kurdish allies have taken control of wide swathes of eastern Syria, which contains the vast majority of the country’s oil and gas resources, and is its traditional breadbasket. The theft of these resources...

The United States and its Syrian Kurdish allies have taken control of wide swathes of eastern Syria, which contains the vast majority of the country’s oil and gas resources, and is its traditional breadbasket. The theft of these resources has forced Syria’s Russian and Iranian allies to provide the country with emergency fuel and food aid.

The US’s pillaging of eastern Syria appears to be continuing unabated, with the Syrian Arab News Agency reporting Sunday that over 45 vehicles loaded with wheat and oil have left the Rmelan area in northeastern Hasakah province heading for the unofficial al-Waleed border crossing with Iraq.

The news comes less than 24 hours after a separate incident, during which 37 tankers carrying oil illegally pumped from the Syrian region of Jazira and several trucks and refrigerators carrying unknown cargoes made their way for the al-Waleed crossing. In that instance, SANA’s sources said multiple tankers were fitted with large covered boxes, and that the convoy was accompanied by machine gun-armed support vehicles said to belong to the Syrian Democratic Forces – the US-allied, predominantly Kurdish militia which enjoys de facto control over much of eastern Syria.

The reported shipment of resources and equipment comes amid warnings by Washington late last month telling US allies in the Middle East to think “very carefully”about any plans to normalise relations with Syria, and threatening them with Caesar Act restrictions – which allow the US to sanction any country or business that cooperates with the government of President Bashar Assad.

Teetering on the brink of collapse in the mid-2010s as a result of a foreign-backed civil conflict, Damascus has, with the military and advisory assistance from Russia, Iran and Lebanon’s Hezbollah militia, managed to beat back and eliminate tens of thousands of jihadists and rebels operating across the country. Reconstruction efforts have been complicated, however, by the US and SDF occupation of wide swathes of territories in Syria’s east from 2017 onwards. © Sputnik
Al-Hamdaniya, Aleppo, Syria
Washington has used its control of these areas in combination with crushing sanctions to keep Damascus crippled and to prevent the war-torn from rebuilding, and Syrian media report on a weekly and sometimes daily basis on the smuggling of dozens of trucks filled with oil and grains out of the country, as military equipment and supplies are brought back in. In March, Syrian oil minister Bassam Touma estimated that as much as 90 percent of Syria’s oil resources are under the control of the US and its allies. oil field controlled by a U.S-backed Kurdish group, in Rmeilan, Hassakeh province, Syria.
Before the Syrian conflict began in 2011, the Middle Eastern nation enjoyed both food and energy self-sufficiency. Today, amid the US pressure, Syria is forced to depend on emergency food and oil aid from its Russian and Iranian partners. On top of that, Iranian oil deliveries reportedly carry the extra burden of being constantly harried by Israeli sabotage attacks at sea.
Last edited: July 4, 2021

Its almost as if it was a sign that we have no actual business being there and should worry about our own borders and backyard...

Going to float this crazy idea that if our military left over the next few weeks and we said, "Hey, sorry. Shouldn't have been here. Our bad. See ya" that in about five or six years we'd have fewer countries hating us.

Protestant
Southern Syria will explode in the coming days - and possibly weeks and months.

Consider it an opportunity for the SAA+ allies to finally clean up the mess the Russians helped create.

What happens after that I don't know. The Syrians can't do without the Russians but there is a lot of anger right now over their failed reconciliation policies, interference in Syrian affairs and ambivalent and at that times pro-rebel attitudes

None of these issues exist in the areas where the Iranians are on top. Those rebels are either dead or shipped off to Idlib.

Orthodox Inquirer
The Biden administration (or Trump or whoever) has no business planning pipelines in central Asia. Plenty of problems to deal with right here at home.