You're telling me in a world where attention and $$$ is going there are sharks and pieces of shit lurking to take advantage of people? No shit sherlock.

And nice flag you got there.

I'm just saying that the movement has imploded at this point and a lot of that is due to hubris or having bad leaders.

Lost in Transfiguration said:
I'm just saying that the movement has imploded at this point and a lot of that is due to hubris or having bad leaders.
Click to expand...

My point still stands. No strong leader was/is around and Donald Trump isn't going to be a rallying general for the scene is he?

Every single movement or group that has no true leadership that stood strong and with his followers lasted long. You're right about the people involved but again, sharks always lurk and in these modern times its very easy for the state to stamp on anybody it see's fit.

Gold Member
The end stages of the demoralisation of a population.

So what you gonna do about it, uh?


Looks like they got Tommy boy on a technicality.

I know some say it's a different thing, but they make the rules, they enforce the rules, as they see fit. It's not right, but then again, it's not technically wrong.

I posited that they might indeed do this a while back. But I didn't think they would actually do it. But they have.

It's just rabble-rousing. Stirring the hornet's nest. They could have just let this all go and England would be a sleepier, dreamier place than it is, tonight.

Now they have men plotting.

But no, got to show people their place.

Put them in their place.

Now you know who is in charge!


So what you gonna do about it, uh?

So what you gonna do about it, uh?
Click to expand...

Give the man another 3 million quid for shilling for the Tribe?

Got to give Tommy some credit here, leveraging a few weeks of jail time into a career far more lucrative than his mortgage fraud gigs.

They'll isolate him with muslims and he'll die, this is the outrage. Oh and things like Telford get covered but 'contempt' of court...which given their track record in the UK you should have by default is punished this harshly.

InvisibleMe said:
They'll isolate him with muslims and he'll die, this is the outrage.
Click to expand...

That's as likely to happen as Epstein getting the pedophile treatment in prison. He is on the payroll, unless he has outed or disobeyed his (((paymasters))) Tommy will be fine.

Gold Member
I can't seem to find any updates.

Is he in jail now?
R

Laner said:
I can't seem to find any updates.

He's not coming out for another coupla months.

He has to do that time. No way around it.

There's a couple of vids about showing he has to do 66 days or something. Whatever.

Tommy is banged up for the next couple of months then he gets out.

Btw, the fact he is in Belmarsh is not a big deal. It's the holding place for those tried at that court. He probably won't be moved on because it's not worth it.

Yeah, Tommy had a number done on him, but the rest is just formalities.


He'll do his time. Get out. And then who knows what?

He'll never make a difference in this country. He has made a massive difference though in the consciousness of the nation. I wish him well.

Things are stepping up to next gear soon, and it won't be any world that Tommy or his people will be involved with.


Just remember that he has black and asian friends.
J

Hopefully he'll use his time in jail to write a book 'My Fight', and then be elected as PM when he gets out, eventually leading the people to a new white nationalist UK.

John your whole shtick since the ROK forums has been convincing white men to give up on their white shiksas and move to Asia to enjoy the abundance of cheap prostitutes. Now you’re backing Tommy as some kind of white nationalist great hope....give me a break..
C


Tommy's Team is using old mainstream media video footage from Mark Collet to attack him. But at the same time, they are claiming the mass media is evil for years? So what now?

I dont think TR is in charge of his media accounts.

Tommy Robinson 'demo' in London that was not put on the news.


Apologies and all that.

Tommy Robinson - at least his entire campaign - it appears ever more that he is the zionist-patriot-open-borders kind of guy - complete with Jewish handlers.

Not only does he still hire the gay couple that Milo talked about with close ties to Hope not Hate, not only are there good reports that the entire Tommy team needs thousands of pounds for coke a month, but they now recently wanted to do a documentary called "Rape of Britain", but instead they did a documentary called "Shalom" that portrays Jewish people as the real victims of Islamic migration.

Tommy's team recently well into full-attack mode against any kind of inkling of ethnic nationalism:


It's a hilariously stupid video done by someone who says that Israel has a good right to stay Jewish while the English can suck it - a 90% African Britain would be just wonderfully English.

And no - this is way beyond his old statements - the entire campaign goes into full Neocon-mode.


Here an interview with Mark Collett because the Tommy handlers went hard against him and some other woman because she mentioned the Frankfurt school guys being Jewish.

Also - what are the bloody rumors about him being gay when he had his first child now?

Either way - here also a good vid with a woman who was working at the Tommy-tards for a while:


Shouting at Muslims in their quarters won't do jack shit. Meanwhile they claim that anyone can be English. That way you have no tool whatsoever.

But the biggest con is the change of Rape of Britain into Shalom. Plenty of working class people donated to Tommy so that the team can have cocaine parties with gays and trannies as well as have Zionist propaganda up and going. If that is British "nationalism", then it's not far off from progressive liberalism.

If a 90% African population can still keep Britian British then why not a 90% Muslim population?

Mark Collett mentioned a guy in the Tommy camp who calls himself Brian of London: 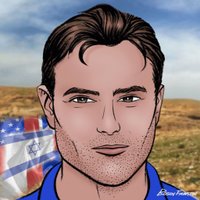 This Brian who was originally from London recently moved to Tel Aviv because he wanted his kids to grow up with less violent enrichment and within a more uniform culture.

Mark asked him once where the English can go to when England has become too enriched?

Obviously that is racist.
O