I know hes cucked a bit on the election but this man is really the only one spitting truth. He has to pick his battles. I'd say I'd hope he goes into politics - but I don't think he can do so with integrity in today's world. I'd rather see him doing exactly what he is doing now.

At this point if someone isn’t actively calling out and fighting against the specific tribe that rules every media outlet and both political parties, I have no interest in what they have to say. I just can’t take them seriously anymore.

Gold Member
The Republicans hate their own voters. Tucker Carlson: Why Republican leaders despise their own voters

Tucker Carlson: Who will stand up for everyday Trump voters facing retribution from the left? The Republican Party must look after its voters, not its leaders

Tucker has Tulsi on in her final days as a US Senator. The rational, responsible, normal, feminine congresswoman from Hawaii who gained a lot of grassroots support, was supported by Jimmy Dore and Joe Rogan, took down two fellow Democrats running for President (one of whom was Kamala Harris, who was somehow picked to become VP despite her unpopularity and inability to win a single electoral vote for the nomination).

Of course as someone not completely owned and compromised, she was endlessly attacked in the media for petty irrelevancies like how she visited with the "dictator" Bashar Assad who is battling ISIS demons, or how her dad told her that gay people were wrong when she was a teenager (she has a perfect voting record with the gay lobby group that measures that but she was still attacked for not being pro-gay enough).

She is here talking about the insane proclamation by the new US Congress that the words man, woman, mother, father, uncle, etc. will no longer be used. The opening prayer for the new senate ended with Amen. And Awoman! Get ready for clown world on steroids. Here's a final look at a rational leader we could have had.

Oh yeah, did I mention peak optics?
B

Dehumanizing people who disagree with you, what could possibly go wrong.

MichaelWitcoff said:
At this point if someone isn’t actively calling out and fighting against the specific tribe that rules every media outlet and both political parties, I have no interest in what they have to say. I just can’t take them seriously anymore.
Click to expand...

You're being wildly impractical here Michael. The reason the other side got to run the world was because they have been extremely pragmatic and shrewd in the implementation of their multi-generational plan.

You have to work within the overton window while trying to widen it, lest you will be completely crushed with relative ease. Keep in mind that this window has been expanding quite a bit recently.

As it is, Tucker's days are numbered at Fox, they are threatening to ban the network from cable carriers. He's been doing a very good job at pushing the envelope with journalistic masterpieces like this:


If you watch this video that went over Paul Singer sucking the blood out of a successful midwestern business and killing a whole city in the process, you understand the main problem in the US. This also shows how Ben Sasse is in Singer's pocket, and tells you why Sasse is the most aggressive Rep Trump hunter in the Senate, and why the system is broken. 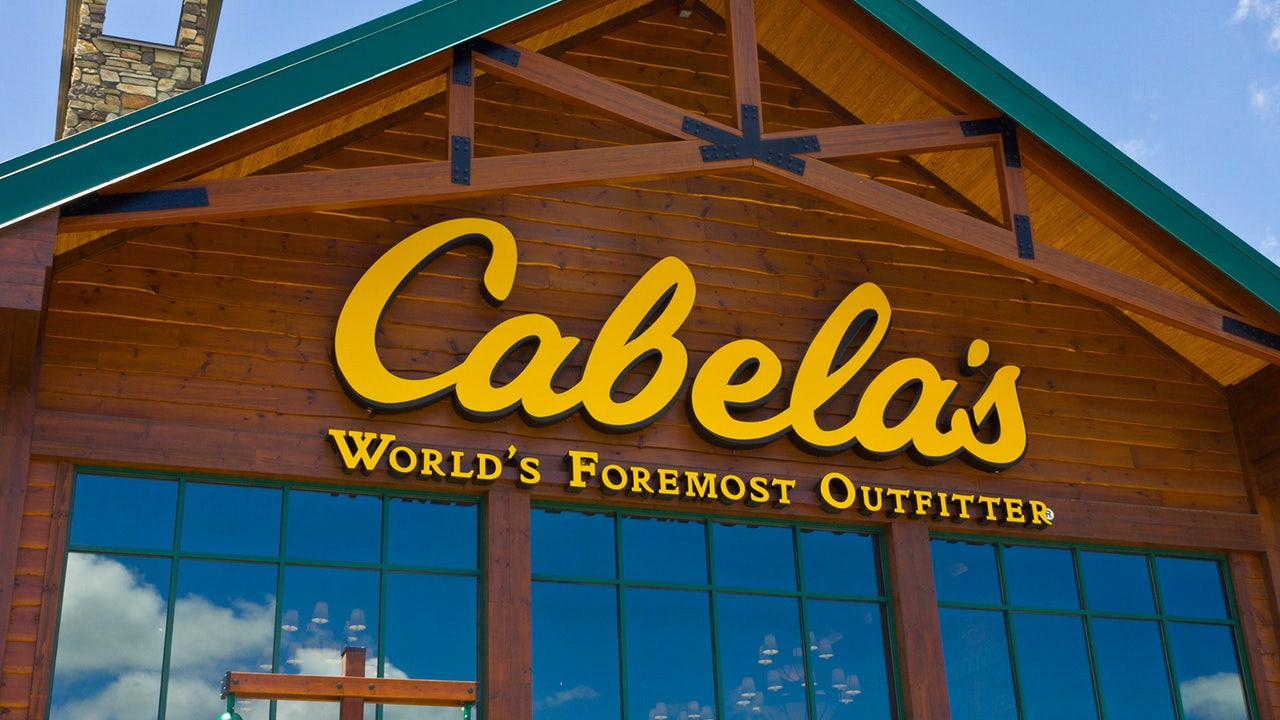 The death of Sidney, Nebraska: How a hedge fund destroyed 'a good American town'

“I hope Paul Singer is proud of what he did."

Glenn Greenwald is on Tucker now discussing this

I never understood the worship of Cucker Carlson. He attacks liberals on mute points, mostly soft issues. Never went head on what mattered at any given time (election fraud the past two months), instead he always goes for the low hanging fruits like China. He is just there to keep conservatives placated. I have no idea how people in our level can still respect and chat about this worthless cuck.

For those of you that follow Hickok45, nice to see this:

It_is_my_time said:
You seem to be a very informed poster, so you probably already know about Father Coughlin. For those of you who do not, google him.

Father Coughlin had the highest rated show on radio in the 1930's. It was on CBS, if I remember correctly. And towards the end of his show he used most of his time pushing anti-war messaging. He kept telling his audience that the USA must stay out of WW2 because there was no good side in it and we must protect our young men from it.

All of a sudden in the late 1930's or 1940, CBS ownership had changes and despite him being the highest rated show, he got kicked off air.

This is just more of history repeating itself.
Click to expand...

I've been very skeptical about him since the election and finding out about his regular visits to Comet Ping Pong pizza (where he was actually a VIP member).

Spearhead said:
I never understood the worship of Cucker Carlson. He attacks liberals on mute points, mostly soft issues. Never went head on what mattered at any given time (election fraud the past two months), instead he always goes for the low hanging fruits like China. He is just there to keep conservatives placated. I have no idea how people in our level can still respect and chat about this worthless cuck.
Click to expand...

That's a bit harsh, considering that he's far and away the best pundit in the MSM. "Always goes for the low hanging fruit" is definitely not true, see his piece on Paul Singer, as good a journalism piece you will find on cable TV.


magaman said:
I've been very skeptical about him since the election and finding out about his regular visits to Comet Ping Pong pizza (where he was actually a VIP member).
Click to expand...

The Comet Pizza thing was from like 10+ years ago, no one had any idea. The guy has got 4 kids and going to a local pizza joint with his family is hardly proof of anything.

Gold Member
I posted this to gab last night but figured it was just as appropriate here:

I haven't tuned in to Tucker Carlson for a while for obvious reasons.

I tuned in tonight. In fairness, his first segment about the lockdowns was fantastic.

But the so-called news man didn't cover a single word about the Supreme Court decision to not even hear the evidence in the election fraud dispute from PA and the flimsy reasoning behind it, as well as the judges appointed by Trump also voting to not hear the case.

You would think a news guy would be interested in covering probably the biggest SCOTUS decision of the entire decade, including Obamacare. The fact that SCOTUS does not want to give people confidence in their elections, you would think that "Free and Fair" Fox News number 1 anchor would, you know, mention it.

^ At some point watching the news just becomes an exercise in self-loathing, deliberately enraging yourself about things you have no control over.

MichaelWitcoff said:
^ At some point watching the news just becomes an exercise in self-loathing, deliberately enraging yourself about things you have no control over.
Click to expand...

That’s why I quit browsing /pol. I already know wtf is going on, I don’t really need any more details, it’s all negativity and blackpilling and too much of that can affect your mind IRL.

Tucker is at it again as I write. After discussing the "rally against white nationalism" in response to a black guy killing an elderly Asian in San Fran, he talked about how the media are getting everyone worked up about race. The real problem, he points out, is the oligarchs getting richer and everyone getting screwed over by a system increasingly rigged against them, without really understanding what that system is. When Occupy Wall St started to focus too much attention on the matter, it was quickly co-opted and the focus of the news redirected towards racism and has been ever since. How did this happen? He asks.

What does this strategy sound like? Divide and conquer, obviously. Who uses that strategy, time and time again? You know who. Heh.

I don't believe this is accidental verbiage. I'm noticing more instances of Tucker structuring stories in such a way to talk about that which we are not allowed to discuss, all without saying it out loud. No wonder they want to shut him down - the man is so truthful it is dangerous.

It makes sense - he attended Trinity College, which is at least nominally catholic, and he's being recognized as thinking at least partly Catholic: 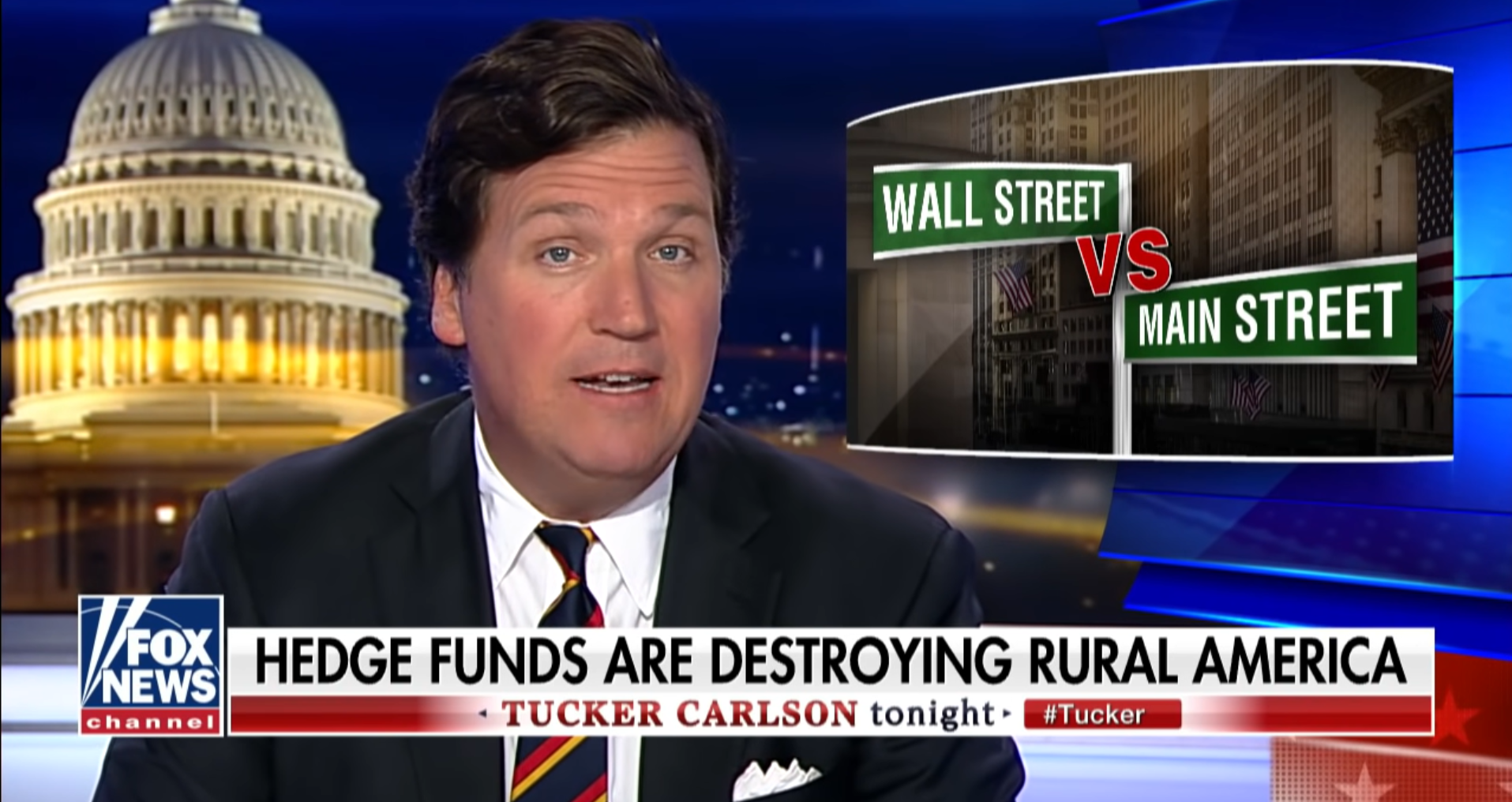 Lest anyone think that American politics is in any danger of receding back to pre-2016 partisan boundaries, Tucker Carlson used his Fox News segment last week to go after hedge fund manager and GOP mega-donor Paul Singer… for his free-market economics. Catholics should be thrilled by this...