Gold Member
As with the Notre Dame, we will probably never be allowed to know what actually started this latest fire in a prestigious Church. 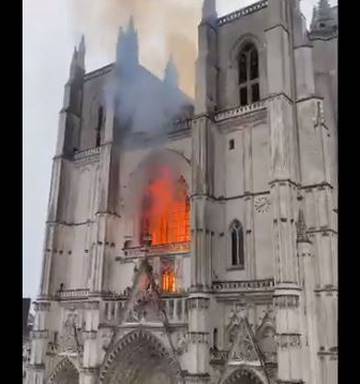 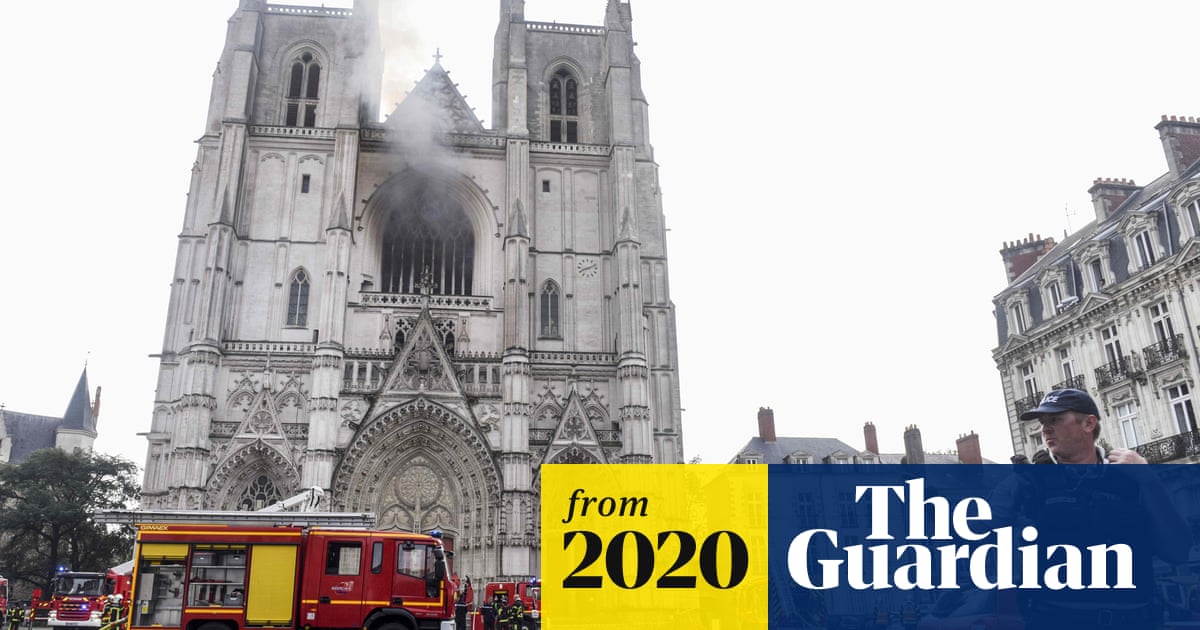 Christians have been under siege in the Middle East for decades now, hunted by (((globalist)))-backed militias. And now in the West (and South America) Churches and their congregants are increasingly being attacked by luciferian forces under the banner of anti-fascism, communism and general progressivism.

This thread will serve among other things to track these incidences and determine to what extent it's a growing trend.

Other Christian
"Christians have been under siege in the Middle East for decades now." Not to mention the ongoing efforts of the Mohamedans for centuries. We need only recall the salt in the wound of Hagia Sophia.

Another often-overlooked diabolical trend is the infection of the Christian third world by the corrupted first world. Recall the recent incident in the Methodist 'church,' where the Africans voted to preserve some semblance of biblical sanity to the great chagrin of their homosexual/feminazi American counterparts. Not to mention the papal cardinals from the third world that are often the biggest critics of Francis' shenanigans.

Oz Guiness has a great book on Modernity in the Church, where he argues that preparing the rapidly modernizing Christian third world for the threats that have overtaken the Church in the first world is of vital importance. Another interesting take from my favorite Eastern Orthodox thinker posits that God used America, which was formerly Christian (at least in its populace--I know many here would argue that the elites have been nefarious, etc.), to preserve Christian values in the 20th century, culminating in fighting the scourge of overtly atheistic Communism. Now God is using the same formerly Communist areas (namely Orthodox Russia) to fight the diabolical "modern" America, which through its tentacles in the U.N. and other global organizations is trying to push an more subtle atheistic agenda of abortion, homosexuality, etc. on the third world. In any case, I think it's an important aspect of the diabolical approach to keep in mind.

In a different vein, here's a recent attack on a conservative Church in North Hollywood, prompted by an episode where an "actor" goaded church members into saying the wrong thing on camera:

CBS Los AngelesBLM Holds Protest At North Hollywood Church Where Black Woman Was HarassedEarlier this month, a woman was sitting on a patch of grass under a tree outside St Paul's First Lutheran Church, located at 11330 McCormick St., ...4 days ago

It is vitally important that church members resist the urge to engage with dissidents. Silence and ignoring (as far as is possible) is the best policy, especially when there's a phone/camera involved.

Leonard D Neubache said:
This thread will serve among other things to track these incidences and determine to what extent it's a growing trend.
Click to expand...

Here's something to look at if you have a good translator extension for your browser or know French. https://www.christianophobie.fr
W

Protestant
Churches have been set on fire during the riots in America - no hate crime charges or even interest in an investigation.
There have been a series of church fires in the UK - no interest in coverage by the media - but some guy got 6 months for putting strip of bacon on a mosque door.
During the Bolshevik takeover of Russia thousands of churches and hundreds of thousands of clergy were murdered.
The same in Spain during the 30s.

This goes back to the left's origin in the French revolution - that man wont' be 'free' until the last king is strangled by the entrails of the last bishop.

But we all know its roots are deeper and older than that.

But remember to the elite and to the left this is a feature, not a bug.
F

wayfaringstranger said:
Churches have been set on fire during the riots in America - no hate crime charges or even interest in an investigation.
There have been a series of church fires in the UK - no interest in coverage by the media - but some guy got 6 months for putting strip of bacon on a mosque door.
Click to expand...

And the mere accidental scratch on a synagogue is considered an antisemitic hate crime. While Christian Churches and Statues are being damaged or destroyed in the United States, the (((powers that be))) would like to draw our attention and wrath towards the Hagia Sophia becoming a mosque, once more. While most everyone here is intelligent enough to know that the Cathedral was effectively lost after the fall of Constantinople in 1453 and was a mosque for more than four centuries, Islam is once more being used by (((them))) as a bulwark against potential Christian opposition, as more followers of Christ begin to notice the legitimization of Christian persecution under the rule of Talmudic tribes.

While I do sincerely wish for the Hagia Sophia to return to its Holy purpose of being a Christian Cathedral, we must be careful not to be led into a battle where the current leaders are actively backstabbing and destroying us.

Since you mentioned the Red Terror in the Jewish-Bolshevik sponsored Republican Spain, I'll end with this image of the "execution of the Sacred Heart":

Spain was only saved from these (((scum))) with the help of nationalist forces, supported by Hitler's Germany. Where is the earthly force to attempt to save us, today?

Banned
Speaking of the Spanish Civil War, has anyone read Mine Were of Trouble released by Mystery Grove Publishing?

kel said:
Speaking of the Spanish Civil War, has anyone read Mine Were of Trouble released by Mystery Grove Publishing?
Click to expand...

I would've, but I wanted to hold onto my ten dollars. Instead I read these:
https://theamericansun.com/2020/04/27/a-review-of-mine-were-of-trouble/
https://identitydixie.com/2020/05/13/mine-were-of-trouble/
https://www.thepostil.com/franco-freed-from-leftist-myths/
It would've been nice to read some of Kemp's anecdotes for myself, but I think its good enough to have the basic gestalt.

Trad Catholic
Very disturbing. We can only pray, it is evident that no earthly power is a friend to Christians.
W

falkenhorst said:
Spain was only saved from these (((scum))) with the help of nationalist forces, supported by Hitler's Germany
Click to expand...

But still portrayed in the west- particularly America, as 'evil' - and the scum were the 'good fight' according to popular perception in the US.
D 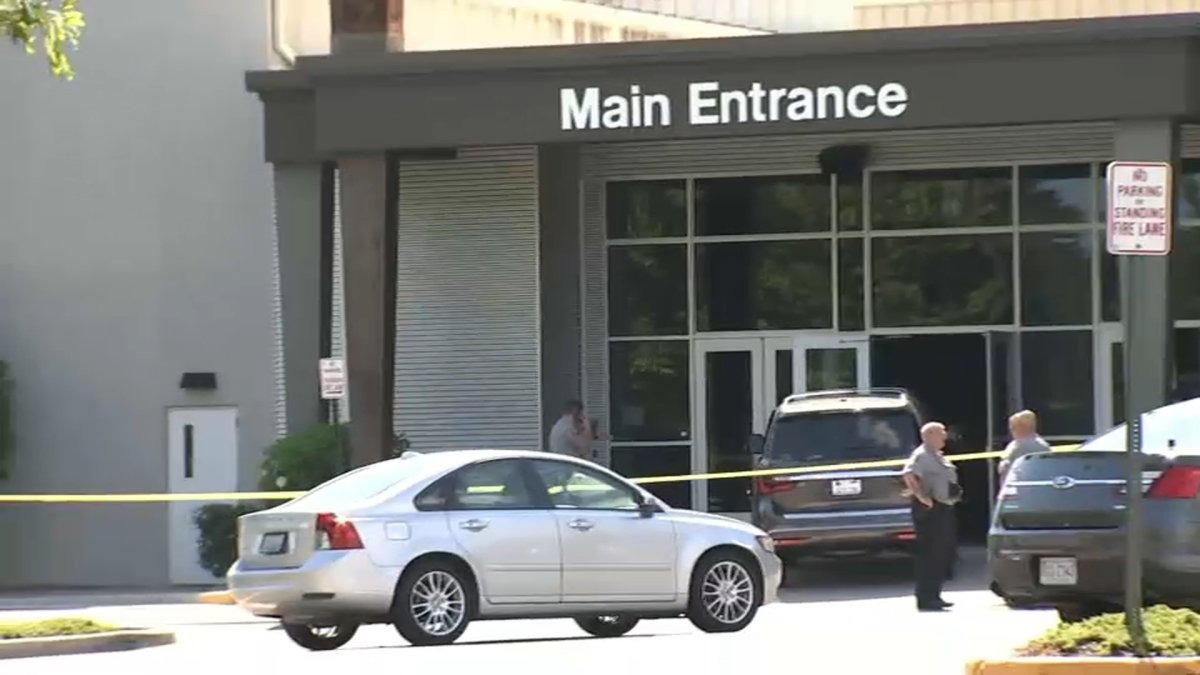 Fairfax County’s police chief was injured Saturday while subduing a suspect who stabbed two people at a church in Chantilly, Virginia, police say. Police say Chance Harrison, 32, of South Riding, has been charged in the case. Harrison drove an SUV right up to the front entrance of Grace Covenant...

Virginia just enacted a bunch of new gun control laws literally a few days ago too, not sure off the top of my head but I believe one of them restricted carrying in churches.

Catholic
This will be an important thread. The number of attacks is staggering, and isn't covered in the MSM outside of sometimes a small clip for large Cathedrals like Nantes. France seems to be the epicenter of this, lots of beautiful Catholic Churches, lots of Muslims, lots of Commies / Globalists. 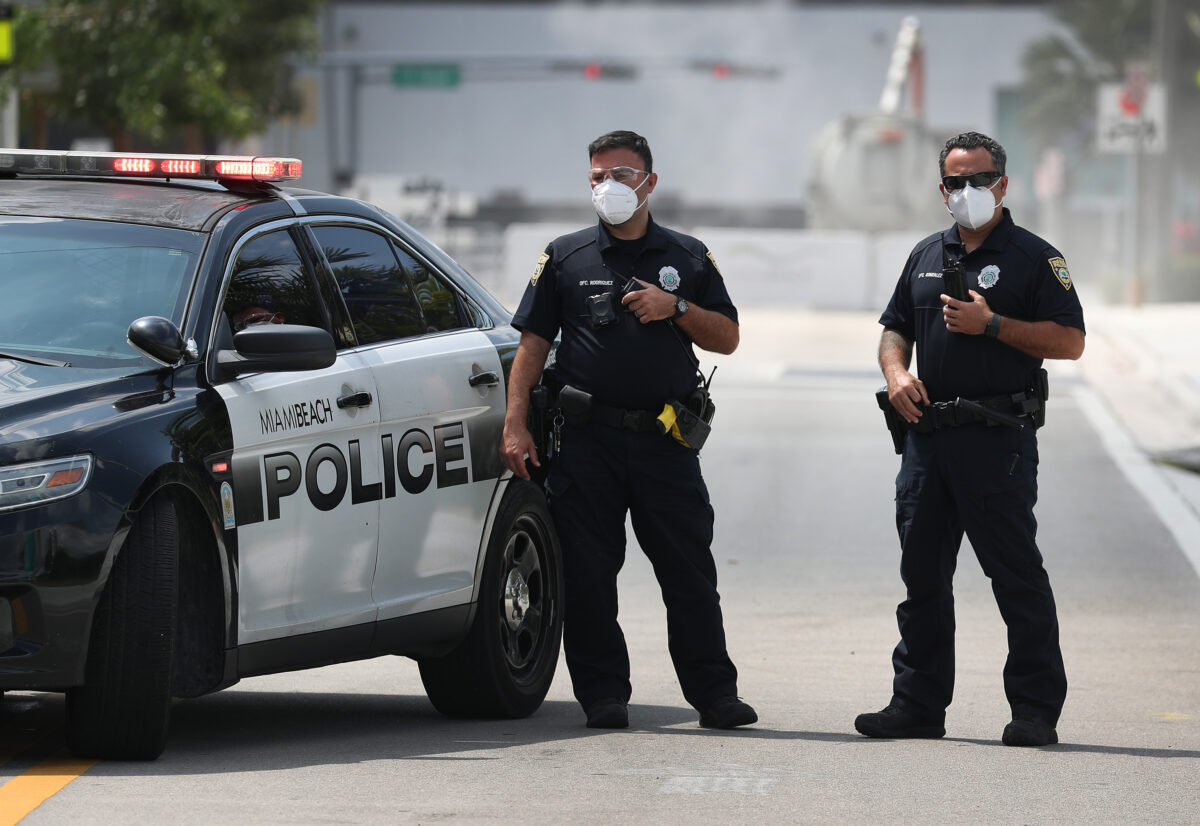 A statue of Jesus Christ was found toppled and beheaded at a Catholic church in Miami, an act ...

Orthodox Inquirer
Buckle up and pray without ceasing. There is nothing new under the sun. The Devil's Trick: Unmasking the God of Israel

This Frenchman's view of God is on par with the Gnostics. That is God is a mass-murdering narcissistic psychopath. The episodes of the genocide of the Canaanites and of Amalek are examples that he likes to cite.

As well as making out the Book of Ezra and the Edicts of the King of Persia as made up forgeries. He also echoes many neo-pagan arguments that to believe in Jesus is to submit to the Jews and their world domination.

So that even when they oppose Christianity it serves as a Hegelian dialectic. Its only for show in those people's view.
Last edited: July 23, 2020

Gold Member
These were sent to me some time ago by a good friend.

Why is it that the US ziogolem, a supposedly Christian nation, seems to bring about the persecution and massacre of Christians wherever it treads?

Other Christian
Although this is a much softer version of a war on Christianity, this is most likely a backdoor way of getting at Christians. The Socialist Republic of California's supreme leader banned singing in church as a supposed means to stop spreading corona virus. 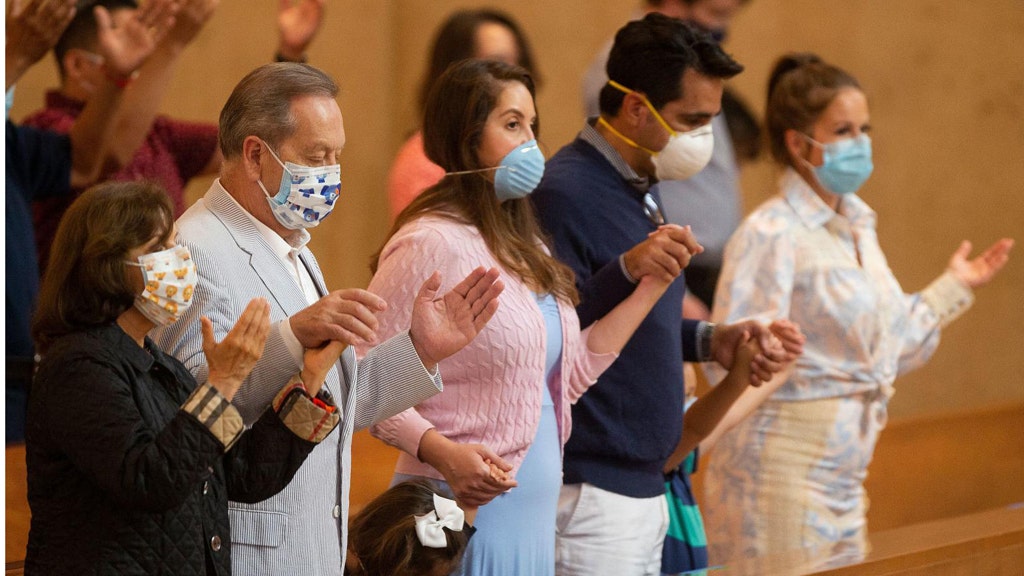 Outrage after California bans singing in churches amid coronavirus pandemic

Faith leaders are speaking out after California Gov. Gavin Newsom banned singing and chanting in houses of worship last week due to a surge in coronavirus cases following weeks of protests.

Banned
Catholic
Gold Member
Another recent one, Leonard. It's a unsolvable mystery, isn't it?

There's a series of articles in this week's Catholic Weekly that says the Iraqi Christian population has been knocked down to 23,000.

Another article explaining how Israel's new annexation of the west bank and jordan valley will be the end of any 'viable Christian presence in Palestine', and the Roman Catholics, Melkite Catholics, Greek Orthodox and Lutherans have banded together against it, because Jerusalem already amounts to 'an open prison'.

There was also some stats about how serious this war is and has been for the 20th Century and how this Judeo-Christian but really Judeo-Freemason extermination project of Christians has accelerated under the guise of 'bringing democracy'. Let me find it.

Banned
Catholic
Gold Member
If you turn away from the spate of churches in France and look at the worldwide statistics, this is what is happening under everyone's noses.