The worst thing is that they are also ignorant when presented with literally any evidence which would burst their bubble.
Click to expand...

"[...] even if we possessed the most accurate scientific knowledge, we should not find it easy to persuade them by the employment of such knowledge. For scientific discourse is concerned with instruction, but in the case of such persons instruction is impossible"

Protestant
Gold Member
Many secular people have a hard time understanding how an impregnable wall between church and state harms religion. They don't realize that the overt hostility of the American state to religious practices lowers the prestige of religious belief in the public mind. Justice Potter Stewart wrote a thoughtful dissent touching on the matter:

"A compulsory state educational system so structures a child's life that if religious exercises are held to be an impermissible activity in schools, religion is placed at an artificial and state-created disadvantage. Viewed in this light, permission of such exercises for those who want them is necessary if the schools are truly to be neutral in the matter of religion. And if a refusal to permit religious exercises thus is seen, not as the realization of state neutrality, but rather as the establishment of a religion of secularism, or at the least, as government support of the beliefs of those who think that religious exercises should be conducted only in private."

The mainstream media's hostility towards religion, especially Christianity, doesn't help matters. Religion only features as the subject in a minority of news reports, and even then it is usually treated negatively. Journalist Fred Barnes reported on a dinner with Governor Mario Cuomo and a dozen journalists in which Cuomo said that he sent his children to Catholic schools because: "The public schools inculcate a disbelief in God." Barnes wrote, "From the reaction of my colleagues, one might have though Cuomo had advocated mandatory snake-handling as a test of faith for the state's students." They badgered the Governor with many hostile questions. Barnes noted, "a peculiar bias in mainstream American journalism against traditional religions [...] whenever religion comes into contact with politics or public policy, as it increasingly does, the news media reacts in three distinct ways, all negative. Reporters treat religion as beneath mention, as personally distasteful, or as a clear and present threat to the American way of Life." I would like to remind people that one of the most aggressive anti-religious groups in America calls itself "People for the American Way."

The Los Angeles Times infamously pulled Johnny Hart's beloved comic strip B.C. for depicting his character writing a poem with Christian themes. A spokesman for the Times libeled the cartoon as "insensitive and exclusionary." According to that ridiculous standard, it would be impossible to promote Christianity in the public square. Actions like these convince the masses, who are all too easily misled, into thinking that religion is something "dirty" or "scary" and thus unfit for public display. The "insensitive and exclusionary" comic appears below.

Finally, I would like to mention an incident involving the late Justice Scalia. When Justice Scalia made a speech at a prayer breakfast sponsored by a religious society, in which he stated his faith, he anticipated scorn and derision from a hostile press. He received exactly that. The journalists in attendance had trouble articulating why it was wrong for a Justice to mention his faith in public, but those same journalists were convinced that it was nevertheless "wrong" for a Justice to do so. Here's one of the pearl-clutching articles written about the event:

The Guardian labeled Boebert as 'extreme' as well and makes her out to be the bad one:

"The extreme rightwing politician routinely makes comments that foment the culture war: she opposes gun control, questions the efficacy of vaccines, and the 2020 election outcome." 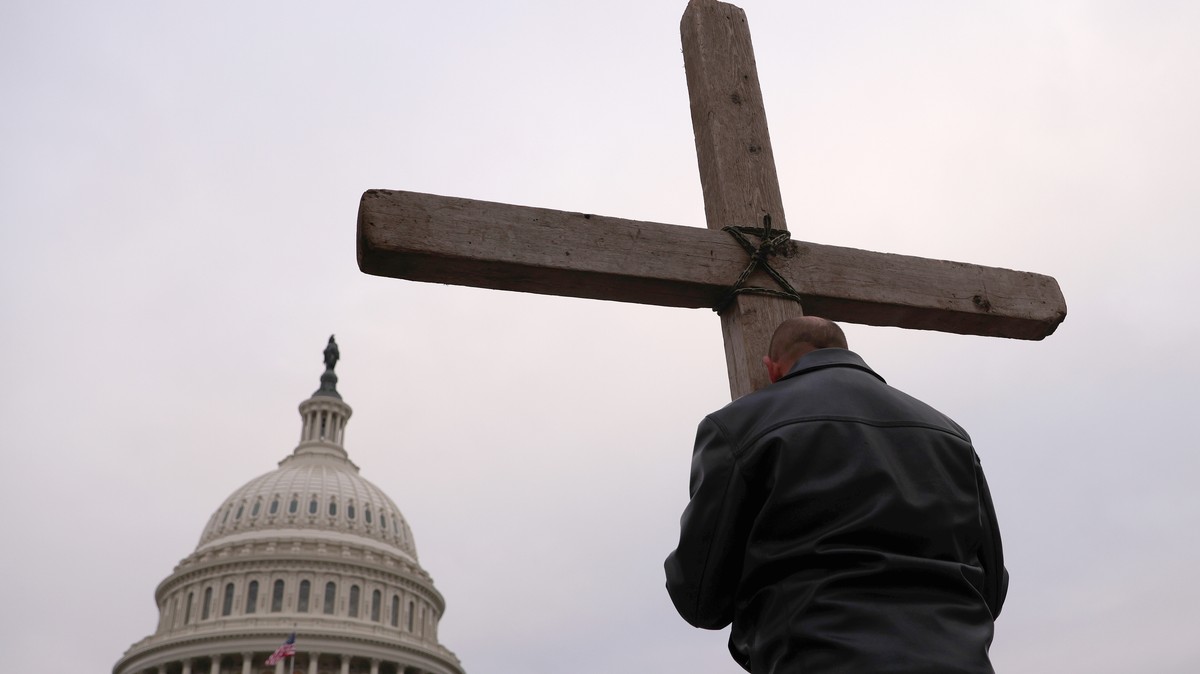 Christian Nationalism Drove These People Out of Their Churches

Christians from around the country who spoke to VICE News said they’ve witnessed their congregations lose focus and slide into Christian nationalism. 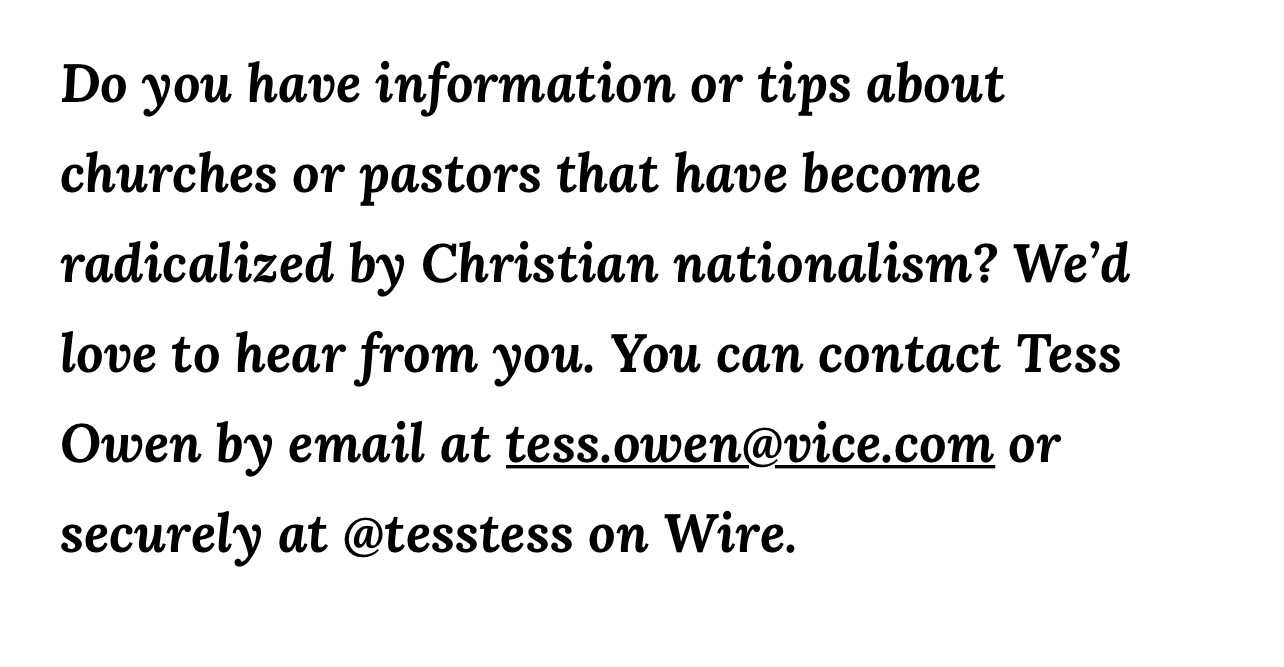 Eighth Century Woodchipper on Gab: 'Please DO NOT troll this nice lady at Vice News w…'

Eighth Century Woodchipper on Gab: 'Please DO NOT troll this nice lady at Vice News with hilariously fake stories of Christian Nationalism at your church that tiptoe right up to the line of Poe’s Law...

I believe Hobby Lobby has been able to maintain its cultural integrity because it is privately owned, but also because they promote from within. This means a long vetting process for management and leadership over decades. I know this because I practically begged hobby lobby recruiters for a job last year when I was working at the headquarters of a major woke apparel company . The company I was working for at the time told me that I needed to be "more vocal" in my support of the woke agenda in order to be considered for promotion.

For those of us in leadership positions: Please hire fellow Trad Christians, and preferably hire from within.

Protestant
Anti-Fundamentalism used as subversive tool to undermine the Orthodox Church from within:

Some of this is coming from inside the church.

Got this from a family member giving me some updates from different places where their side of the family live.

Other Christian
I must confess. I am thankful for one thing the enemies of Christ have done for me. They led me straight to him.
Share:
Twitter Email Share Link
Top