Their only true colors. Burn Loot Murder, but destroying places of worship and congregation and connection to the Almighty is their surest of goals. Their leaders are proven voodoo-mystics who adhere to black magic rituals and necromancy from the darkest recesses of inhuman savagery. Yes I am calling all practices out of Africa to be evil. No different than any pantheonic system of a civilization at the core because all of it is a distraction from God, others are just more virulent. Their followers are all crazed loons, the force emanating from the leaders infects the foot-soldiers. Saw other posts of them burning bibles and Lord knows what else.

To Mr. Cheong, yes something will be done about it, just not right now.

Something in Western Culture seems to be corrupting them all.
Click to expand...

They have 6 pointed stars

Who has 6 pointed stars ?

Sitting Bull said:
Who has 6 pointed stars ?
Click to expand...

pitbullowner said:
They have 6 pointed stars
Click to expand...

Maybe. But feminism began at Seneca falls officially. And Theosophy laid it's spiritual roots. Both during the 19th century.

Six pointed star back then too?

Gold Member
This thread reminds me that I miss Leonard....

Pro-abortion protests in Poland. The leftist scumbags couldn't resist the urge to damage the local cathedral in Gliwice

infowarrior1 said:
Maybe. But feminism began at Seneca falls officially. And Theosophy laid it's spiritual roots. Both during the 19th century.

Six pointed star back then too?
Click to expand...

Official seal of the Theosophy Society: 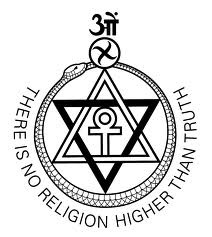 
"Helena Blavatsky became the first internationally famous professional psychic and she was also a brilliant occult con artist who drew such figures as G. B. Shaw and William Butler Yeats into her bizarre web. She was the first flower child , who journeyed to India for a bizarre purpose , almost 100 years before the hippie hegira of the 1960s

Blavatsky helped found the Theosophical Society in New York City in 1875 along with Henry Steel Olcott , with the motto, "There is no Religion higher than Truth" . In February 1879, Blavatsky and Olcott and arrived in India .

Madame Blavatsky is the only woman who asserted, dominated, and started the first religion ever by any woman... Theosophy. She competed with Buddha, Mahavira, Zarathustra, Jesus, Mohammed, Guru Nanak and even Joseph Smith ( the creator of Rothschild funded religion Mormonism )— all men whom humans worship .
Madame Blavatsky was the first person to bring Eastern Indian spirituality to the Western world. Words and concepts such as karma, reincarnation, consciousness, kundalini, meditation, yoga, aura, OM, mantras, tantra, chakras, prana, akasha etc are now familiar, if only in a small way, to almost everyone in the West.

This popular awareness can be traced directly back to Blavatsky’s work, which first introduced such ideas to Western thought by way of several books she authored .
None of her books had a single original idea. Everything was blatantly lifted or plagiarized from ancient Hindu texts . Things she could NOT understand with her limited perception and grey matter, made very funny reading. " 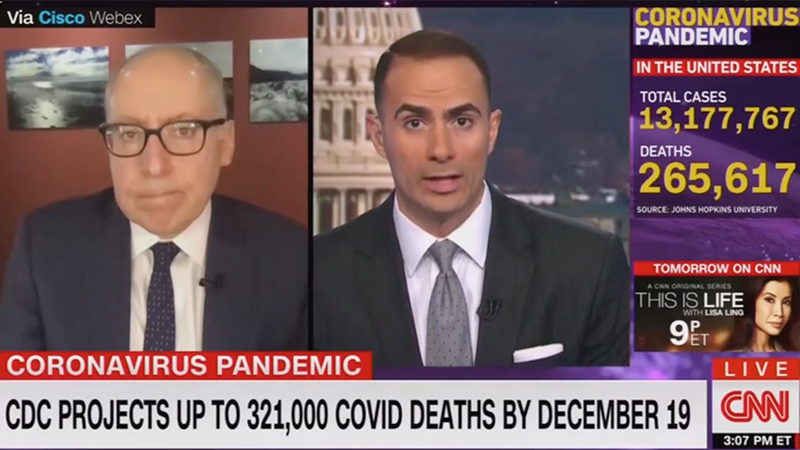 Video: CNN Cancels Christmas; “We Just Can’t Do It This Year”

'Tis the season to
summit.news

Directed by Max McGuire. With Kelley Jakle, Jake Epstein, Cory Lee, Jon McLaren. When a toy company executive must learn about Hanukkah to land a big account, she enlists the help of her co-worker's friend, who also happens to be in need of turning his pad into a Christmas Wonderland to impress...

This movie did not mention the reason for Christmas being the miracle and birth of Christ. It instead made Christmas a secular holiday.
Click to expand...

While I agree family is important, which they made central to the story, there was not even a mention of Jesus' name.
Click to expand...

God bless this priest. May Europe be purged entirely for her abominations.
E

UK police tell cafe owner that displaying passages of the Bible in his cafe are in breach of Section 5 of Public Order act & a crime.

Ah yes, the old "I'm offended by your Bible" rhetoric. Reminded me of this quote from John Macarthur:

"If the truth offends, then let it offend. People have been living their whole lives in offense to God; let them be offended for awhile."


Perhaps the cafe should display this passage as a reminder to all:

"The grass withers, the flower fades,
but the word of our God will stand forever."