Gold Member
Here is a classic.

Teedub said:
We should welcome alt light stars like PJW moving to Bitchute as it will also migrate funds. At the moment the UX is still severely lacking and new money being injected means they'll invest in that and become a genuine rival to YouTube.
Click to expand...

There is no migration of funding. A true dissident right allowing platform would have to get the funding like Alex Jones infowars - niche independent companies and private donations.

You will never ever get a platform that will get corporate globalist funding. That is what Youtube and all the official platforms are all about. You can be more right-leaning but you better shut up about it - PewDiePie got his lesson and stays far away from politics - even minor jokes about rape in Sweden are a no-go. You are a good boi or you get zero funding.
Click to expand...

I've never watched PewDiePie much, but I stumbled on this recent clip of his where he takes down the Supergirl TV show and rips apart its dumb feminist yougogirlism pretty savagely. He also questions how it's still on the air with very low ratings.

I'm aware he was kicked off YouTube for a while at some point, so I when I saw this I assumed they let him back on and tolerate him now because he brings in a lot of money. Not sure how this compares to his old stuff before he first got in trouble though. Maybe he used to be edgier.

There's also a very funny part where he shows a clip of them filming a superhero action scene without the special effects. Worth watching just for that.

Edit, the “thieving monkey “ is not a racial slur

Some top quality YouTube content by "Chad King" aka Frank Hassle. If you haven't seen this it's funny as hell 10/10 would recommend, his entire channel is gold

Mr Gibbs said:
Some top quality YouTube content by "Chad King" aka Frank Hassle. If you haven't seen this it's funny as hell 10/10 would recommend, his entire channel is gold

This seems more fitting for clown world........ walking around bothering people trying to live their lives for online clout is not cool or funny. If I do have to endure another video from this guy I hope its one of him harassing "the wrong one" and getting his ass beat
T

These are basically a little too real
Click to expand...

Sorry I meant the channel My Story Animated. But they both seem very similar. Have been bingewatching the videos https://www.youtube.com/channel/UCYzEMRKqrh01-tauv7MYyVQ/videos

I have noticed Youtube is deleting my comments now. If I comment on anything that isn't PC, wait a minute and refresh. It's gone! Has anyone else noticed this happening this year?

"anything that is PC"

I did some test today and yes, if I put a comment addressing Feminists, gays, Leftists, they all get deleted while normal posts don't.

Gold Member
The censorship of these companies is unreal

YouTube like other popular sites is caught between a rock and hard place. No censorship means some extremists run amok and the company gets a bad name with scrutiny by the U.S. government and outright ban/blocking my foreign governments. Too much censorship and they will lose their audience to other rivals who will not be so picky about content in order to grow.

An environmentalist documentary produced by Oscar-winning director Michael Moore has been removed from YouTube. The filmmakers said that they have angered “green capitalists” who are in bed with Wall Street.
Click to expand... 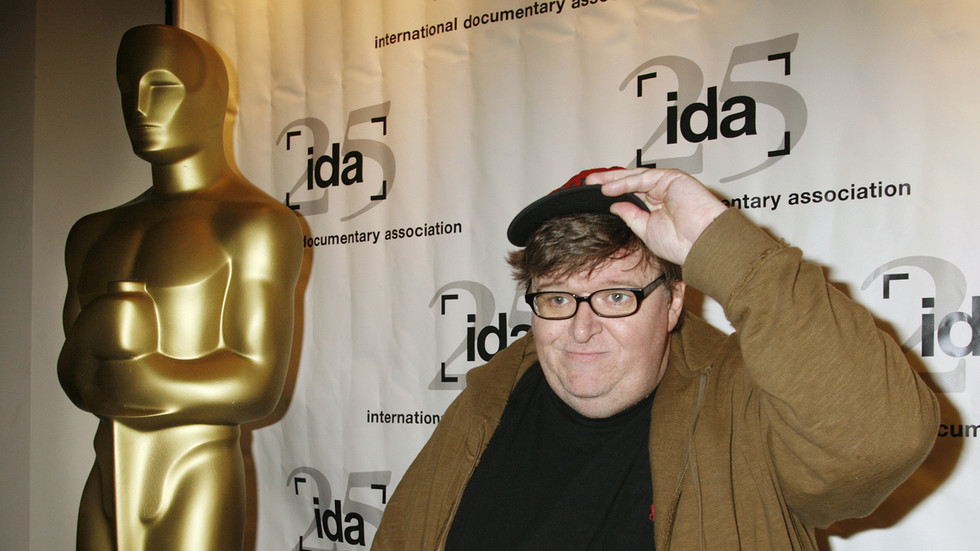 An environmentalist documentary produced by Oscar-winning director Michael Moore has been removed from YouTube. The filmmakers said that they have angered “green capitalists” who are in bed with Wall Street.

That documentary is actually really good.

I have a soft spot for Michael Moore because of his first film, Roger and Me. My Dad was a quality control engineer at a local factory that treated him so badly and eventually turned into a legal battle.

Moore is an old school, union first, make sure blue collar guys get a fair deal, liberal. I have no problem with him.

Also, the film he did about 9/11 was excellent. Really, if he werent so overweight and smug, he would be pretty likeable.

ball dont lie said:
Moore is an old school, union first, make sure blue collar guys get a fair deal, liberal. I have no problem with him.
Click to expand...

He may once have been that, but today he's your typical kill whitey and fuck his children overfed NYC champagne communist.

Success in Hollywood is a one-way street, ideologically.

If you haven't seen this documentary so far, here is copy

Gold Member
YouTube just played this as a ad

Gold Member
Someone posted a website that is something like a Youtube clone. You can view all Youtube videos, but on another domain. The site had a black background. Anyone know what that is?