Take me to the Pilot said:

That's interesting. I eat healthy and I once had a gf who'd cook a lot. I'd be very disciplined about my eating, and it would annoy her that I wouldn't try her food.

It was always awkward when I'd come home to relaise that she cooked up something. I'd already have had my dinner planned which meant that either way, food was going to go to waste. The only way to make sure that the like of this didn't continue to happen, wasn't to talk to her (she wouldn't listen), but to make a statement by putting my foot down. She'd say something like "I was only trying to help"! Quite ironic, but that's how she'd frame it... and you'd want to thread carefully not to hurt her feelings. She'd often say "it's a shame that all this food is going to go to waste", and she was right... but I didn't like the fact that she'd have to cook it in the first place given that she knew the way I was. She was obviously used to people appeasing her, and thought that she could manipulate me into eating her food. It was hard to refuse because I knew some snide remark would be about to come. I'd never get away scot-free.

Eventually she got the hint, but it took a long while. Eventually she stopped nagging me for not eating things she'd cook. It was funny to then listen to her complain about others when it came to food. It'd be a case of "I delivered some of that left over lasagne to Jimmy and he never sent a thank you text"!

She once offered me a scone that she had baked and I said "flush it down the toilet, cut out the middle man". I heard a similar line to that in James Bond. She did not take it well!
Click to expand...

When I lived in Cali, I used to date a Mexican girl that loved to cook. It was good because she saved a lot of money but damn was her cooking unhealthy. She was making sodium, unhealthy fat, and carb heavy Mexican dishes all day. Thought that sprinkling some cilantro on rice or a burrito was vegetables. No wonder her family was all overweight.

Some red flags for me are:
-- Bunch of degrees that have no value.
-- Student debt.
-- Requires constant excitement and entertainment.
-- Obsession with brunch and happy hours.

Any kind of mental issue, as well. Most are bullshit covers for just a lousy (or lack of) personality, but either way it's an indication that you're going to have to be babysitting her. Imagine having kids with a woman who needs you to focus on her (and her to focus on herself) and your kids are left to fend for themselves because their narcissistic mother doesn't have her shit together after over three decades on the planet.
T

A degree in psychology. Crazy alert. Those are all trying to fix themselves.
K

You ask her where she wants to live, and she doesn't respond "wherever you'd like to live".
K

The Stronger Sex said:
A degree in psychology. Crazy alert. Those are all trying to fix themselves.
Click to expand...

Back in my fornication days, I dated this crazy bitch who was working on her masters degree in Psychology. She always tried to microanalyze me and show off her "intelligence" then threw a fit when I called her out. Long story short, within three months, I had to file a restraining order. Not the most fun of times...
S

A woman who seeks her moms approval for everything and isn’t a independent thinker for herself.

I dated a few women like this. I’m in my mid 20s though. But man it’s annoying.

The Stronger Sex said:
A degree in psychology. Crazy alert. Those are all trying to fix themselves.
Click to expand...

That's probably the worst degree after Women's Studies. I know of three psychology graduate women that are huge red flags. One has some deep issues with either lying and/or plain craziness, one grew up without a father and is a slut now that dabbles in lesbianism every so often, and the other was sexually abused by a relative when she was a kid.

Tats are an immediate disqualifier. They're a sign of low intelligence and bad decision making.

Find out what she thinks about contraception and if it’s a good thing. I’ve found an extremely close inverse correlation between whether they’re marriage material and how positively they view contraception.

Even though many of these have already been said, this is my personal list:

1. Most/all of her friends are guys
2. Short hair
3. Messy cars/bedrooms
4. Doesn't look or act feminine (biggest one)
5. Shows up late to dates with no warning
6. Excessive drug use (especially alcohol)
7. Addicted to social media
8. Cares more about her "career" than anything else
9. Poor relationship with family
10. Single mother
Last edited: May 8, 2020
?

1) Vegan - This is a ridiculous left wing position and the lack of protein makes them vulnerable to further brainwashing. Cults will literaly feed initiates low protein diets in order to mold their minds.
2)Talks shit about other people to you - That means she talks badly about you to others
3)Yoga Pants outside of yoga - She is either lazy or loves attention or both
4)Loves coffee/wine - Enjoying popular consumer goods does not replace a personality
5)Loves travelling - She's getting fucked. A lot. And no one will know or judge
6)Obsessed with dating shows - She loves the drama and the extreme narcissists become her role models
7)Career Oriented - All career women get divorced, sooner or later. I have literally been told this by career women
8)Dog/Cat kids - An attempt to replace biological children
9)Starts looking to settle down near the big 3-0. This means she wasn't serious about it earlier and whatever man she finds will be crammed into the man sized hole in her life
10)Shitty friends - Her friends will egg her on to hook up with men and encourage her to nuke her life.

!!!???!!! said:
1) Vegan - This is a ridiculous left wing position and the lack of protein makes them vulnerable to further brainwashing. Cults will literaly feed initiates low protein diets in order to mold their minds.
Click to expand...

Have you ever heard of a guy called Red Pill Vegan on youtube? He makes some strong arguments about why he thinks veganism is best.

I'm not saying I agree with him on all stuff, but he's made a few interesting videos pointing out contradictions that diet gurus have made, and explores the possible reasons why they do so.
?

Take me to the Pilot said:
Have you ever heard of a guy called Red Pill Vegan on youtube? He makes some strong arguments about why he thinks veganism is best.
Click to expand...

I haven't no. Back in my blue pill days I tried veganism, managed to do it for 8 months. Even with proper supplementation you still need animal fat and protein. Been there done that, I don't recommend it.
D 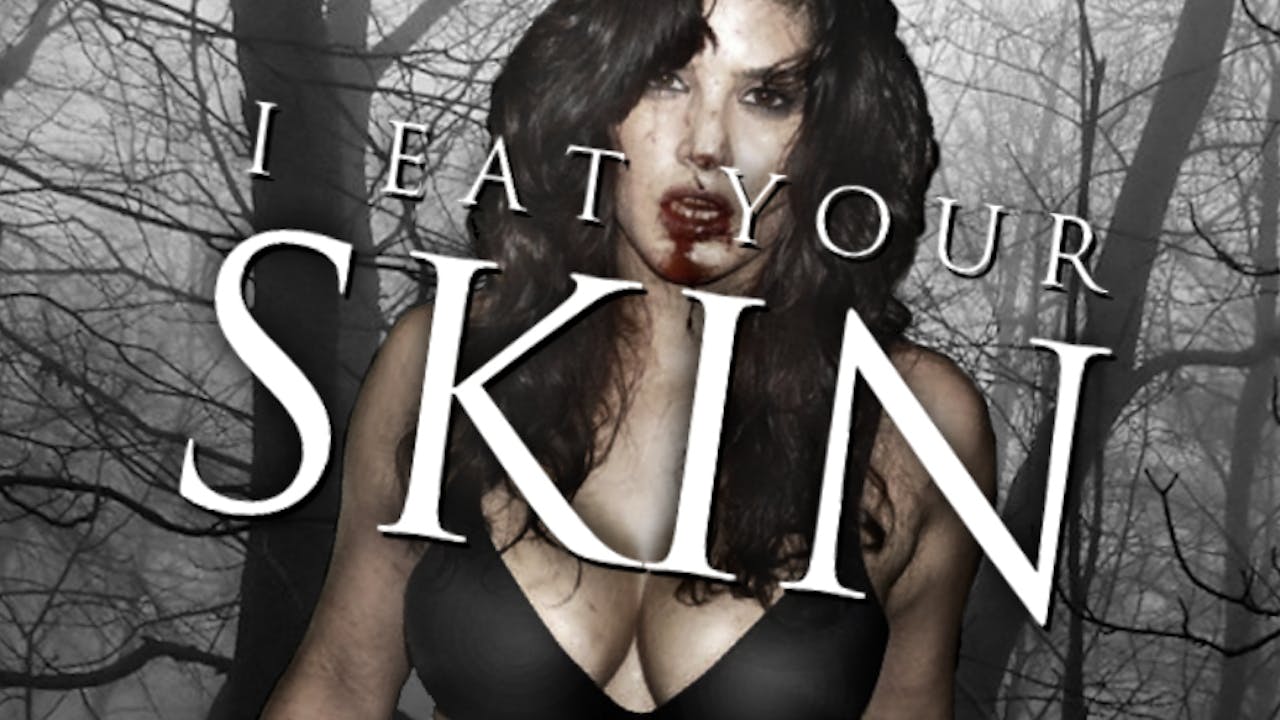 I Eat Your Skin

A group of international photographers journey to photograph a rare bird in the Philippines, the Black Shama. They are told the legend of an ancient warlord whose spirit is said to still roam the land. Ignoring the warnings, they travel deep into the jungle and set up camp. When one of them...

username said:
and the other was sexually abused by a relative when she was a kid.
Click to expand...

I suppose it wouldn't be fair to hold her career choice against her.
?

The normalization of pornography is a serious issue. I don't know of a single guy under 35 that doesn't casually use. Even the religious ones are trapped in some sort of shame-use cycle. Guys discuss is openly. Go to your local mall and look at some of the advertisements aimed at women and girls, it's all softcore pornography.

There's also a push to normalize sex work and not shame men who date former sex workers, or even current ones.
D

And at any rate, what man would want a woman who had done ungodly sex acts for mafia members money laundering operations?

Also the format changed. If my grandfather wanted porn when he was 18 or 19, he would have had to drive to the seedy part of town to buy a magazine. If my dad wanted it, he would have to drive to a strip mall and buy a VHS tape. If I wanted it at that age I would boot up kazaa or some other file sharing program and I could have multiple videos without leaving the house. Now if a kid wants it he can access HD video on the internet and stream it right away. It requires less thought and effort to access, and there is an infinite amount now. All for free.

I'm also surprised that you say you don't know any Gen Xers that are pornography consumers. I know a bunch, they are just less loud about it.

Divorced women with kids who call themselves "single moms." There is a difference. "Single mom" means never married. It's an entirely different thing than when a woman marries, divorces, and get custody.

When a divorced woman claims she's a "single mom," that signifies she's over-dramatizing her life AND that's she's "disappeared" her ex-husband. If she "disappears" the man she chose to have kids with, how little will any other guy mean to her? Very little.

I've noticed a lot of Karens are divorced women who like claim they're "single moms." Anything to create a dustcloud of drama around themselves that drowns out everyone else.
You must log in or register to reply here.
Share:
Twitter Email Link
Top