renotime said:
Trump was simply too late on starting the wall. They didn't do anything on it until last year. I don't think they've built very much. A cheaper plan would have been to end welfare. That would have kept out the Mexicans that just want to eat for free.
Click to expand...

He stalled the project because his main backers, people like Paul Singer or Sheldon Adelson are for open borders and The Great Replacement of European Americans. The Wall was mostly a PR move to hold on to his electoral base.

The problem with Trump is that he is straddling two mutually exclusive constituencies, his populist voting base that want an America First agenda, and the globalist zio-cons that want open borders, lower wages, unlimited immigration and endless wars for Israel.

If Trump does make it next week, we'll find out where his real allegiances really lie...

Slim Shady said:
I hate sugar coating. She isn't blunt, she is passive aggressive: like a woman. Seems like that is what you enjoy. That's okay.
Click to expand...

Cool it with the cunty remarks.

Elipe said:
I live relatively close to the border and I've never heard that term, but you know what? I pieced it together from the context. My thought didn't immediately go to Wily E. Coyote carrying a baby across the border, my thought went to, "Oh, that must be some kind of nickname for a child smuggler or something."

Leftists literally can't even pick up on context. Leftists need to be stripped of their ability to vote.
Click to expand...

I'm from Europe, and I've known what coyote means in the context of Mexican border smuggling for years. I guess that's what happens when one actually takes an interest in these most pressing of matters... (not digging at you Elipe, just at the self-righteous leftards)
L

renotime said:
Florida is definitely weirder than Georgia. You're right that there are elements Bernie types in Athens, but for the most part it's normal college kids there. It is SEC country after all.

Georgia is mostly made up of small towns. Drive just 10 miles outside of Athens and you'll hit one. You are right though, there are a fair amount of ratchets.
Click to expand...

Florida is weird in the sense that it has its craziness and crazies but they are seen as on the fringe.

Georgia's weirdos are just a part of the culture and high status in it. Like say for example even women from Georgia compared to other southern states. It is the only state I've lived in where you'd find a Sunday church girl that is heavily left wing and listens to ratchet rap music while simultaneously calling herself a southern belle.

Yeah Florida has its crazies but you know their crazies are crazies and seen as such. Georgia and its crazies who would be weird in any other state are a part of the social fabric of the state.

My point being, politically speaking, it is such a shitshow of a state. I noticed that the black power and racist blacks in Georgia have a lot of power and are quite militant compared to southern blacks in other states who are a lot more normal.

Weird Al has fun with the debate.....

perros said:
Definitely agree with this.

I see no chance of Trump winning this election. To me Biden will be our next president in 2021.
Click to expand...

I came with a special delivery ... sincerely, you should consider watching these documentaries.

The Plot Against the President

It details all events that we hadn't known about - events from the Nunes side. Since Ed Snowden, I've know that older or younger Judges kept in the dark can be fooled. That is exactly what happened. If you are so much a Democrat that you don't care ... good luck.

Coup attempt, for sure.

Yeah, that’s about what I was picturing.
J 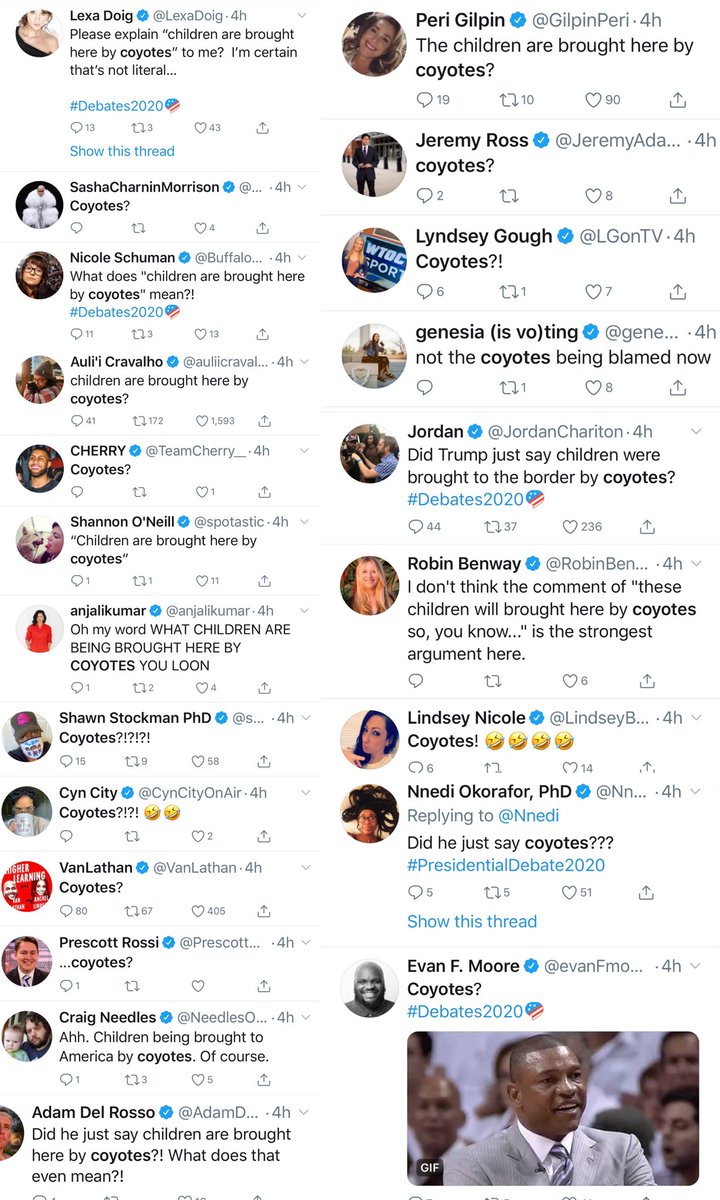 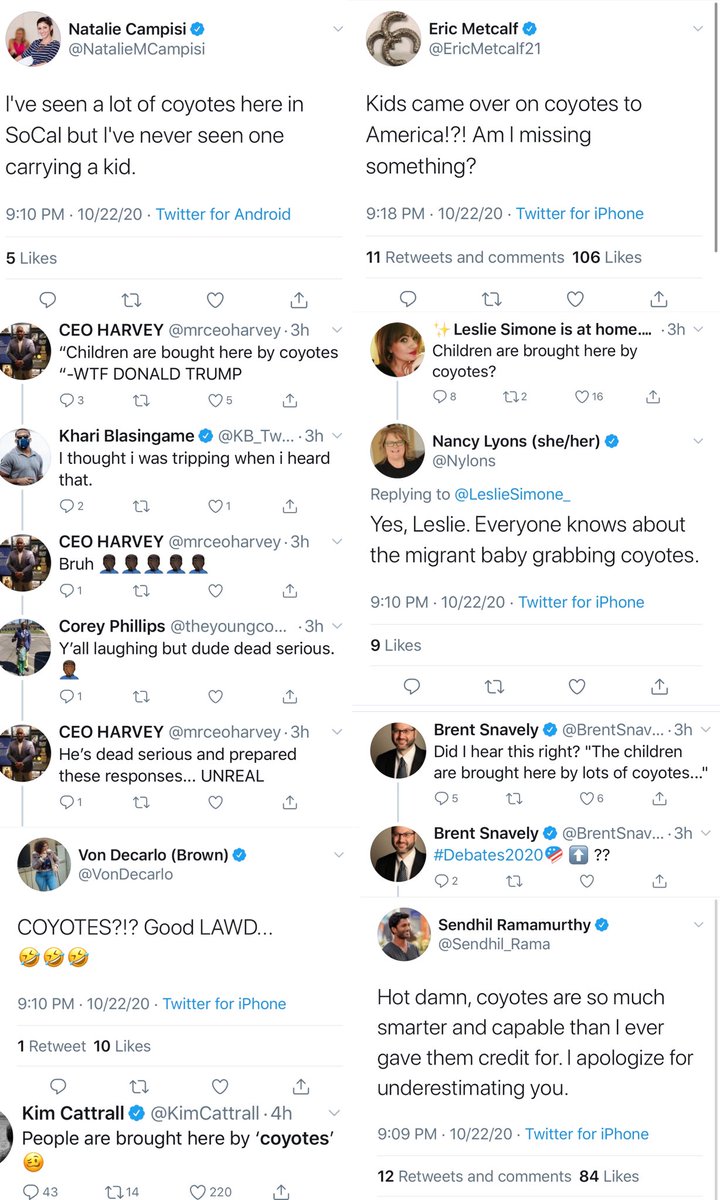 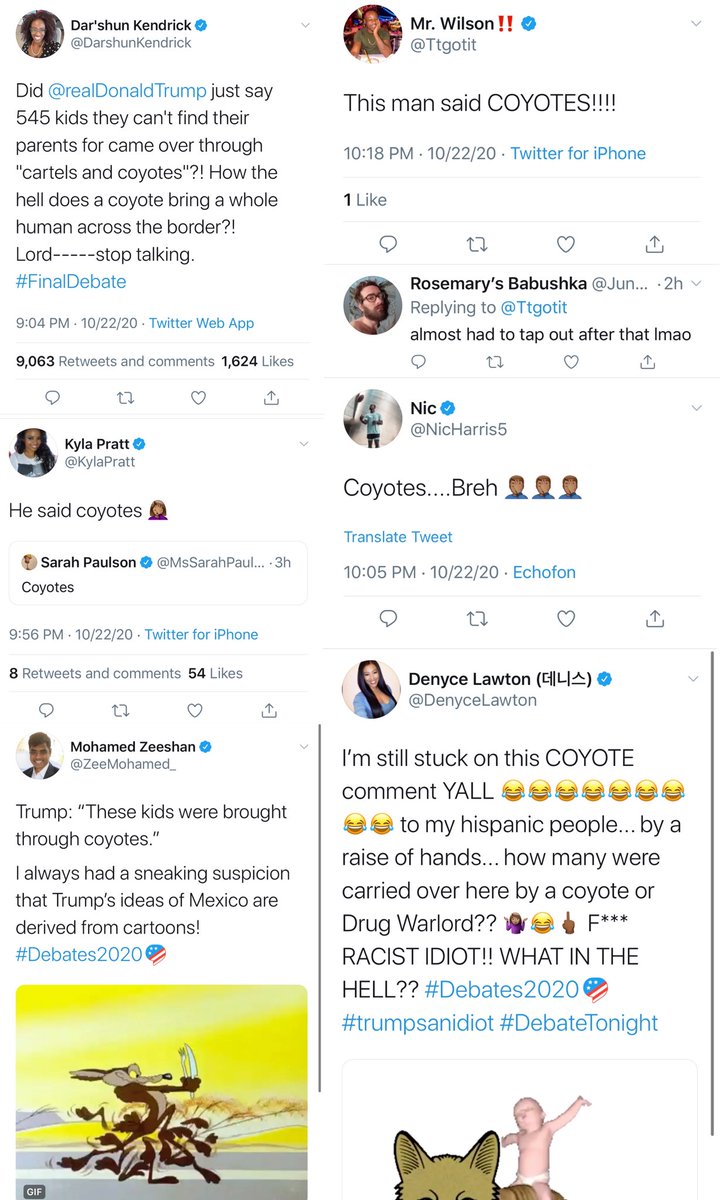 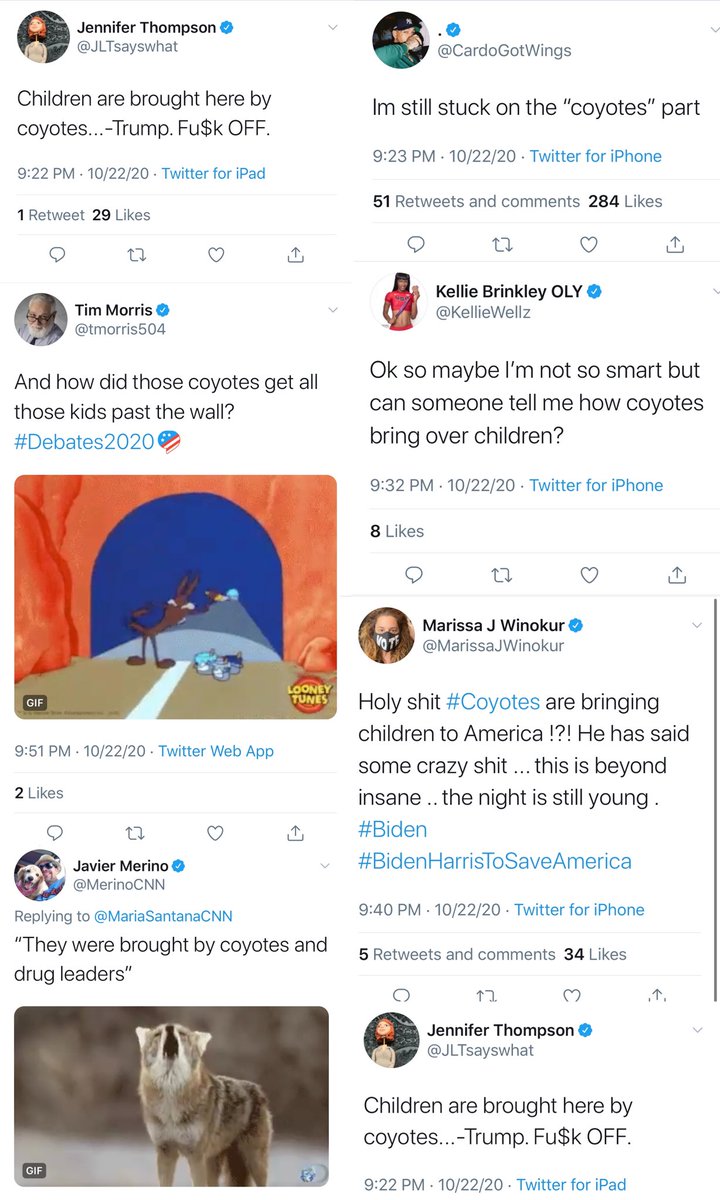 For those who don't understand, "coyote" is a human smuggler.
Click to expand...