Dusty said:
Twitter is accelerating its persecution and censorship of conservatives. Lots of conservatives are opening accounts with Parler. I see Roosh just created an account.

At first glance, Parler seems like a good alternative to the anti-free speech zone that Twitter has become. However, Parler has daunting terms and conditions, especially with respect to legal indemnification:

You agree to defend and indemnify Parler, as well as any of its officers, directors, employees, and agents, from and against any and all claims, actions, damages, obligations, losses, liabilities, costs or debt, and expenses (including but not limited to all attorneys fees) arising from or relating to your access to and use of the Services. Parler will have the right to conduct its own defense, at your expense, in any action or proceeding covered by this indemnity.

Im not sure this this is a good thing. It'll result just create more echo chambers.
I

Was about to join Parlor and then they asked for me phone number.

Um Wot Mate? Is this the UK Police?

Gold Member
What if you use a burner number from an ap?
N

Parscale is an utter loser.

When will Trump fire this incompetent loser.

I'm also beginning to suspect Don Trump Jr. is not all that bright, associating with people like Charlie Kirk and now Pascale and Parler.

Gold Member
I was interested in joining but the phone number requirement killed it for me. Then the terms and conditions raised another huge red flag. Easy pass.
D

The fact that so many cucks have a "War Room" podcast galls me to no end.


Leonard D Neubache said:
Civnat cucks: "I got kicked off of twitter so I want an alternative platform, but not gab, it's full of bigots."

Gab: "But you were happy to be on twitter, which was full of hardcore marxist POC supremacists..."

Another thing I wish I could upvote.

Vox Day also seems to be calling out Parler. http://voxday.blogspot.com/2020/06/parler-is-trap.html

I'm very suspicious of this pushing of Parler.

We already have Gab, which is awesome and already proven.

Shekel symbol turned 90 degrees Right, granted with a bit of the bottom lopped off.
E

Shekel symbol turned 90 degrees Right, granted with a bit of the bottom lopped off.
Click to expand...

No way. I just looked this up to verify it. It's real. And what's worse, even the color scheme is the same if you look at the shekel symbol page on Wikipedia. They don't even hide it anymore.

Gold Member
Someone with a Parler account can post that picture along with text containing the key words parler, shekel and symbol and see how long it takes for their account to be shut down.

Dusty said:
What if you use a burner number from an ap?
Click to expand...

Some time ago I've tried to register with telegram, no success.
The phone numbers created by certain websites didn't work,
the telegram always said something like "To often used" or so.
Last edited: June 29, 2020

Dusty said:
What if you use a burner number from an ap?
Click to expand...

Even so its not a good sign. Likewise they require you to pay their Legal fees according to their Terms and Conditions.

PixelFree said:
I'm very suspicious of this pushing of Parler.

We already have Gab, which is awesome and already proven.

I posted in this thread:

The Left/MSM are out in full force. Guess who they are targeting right now? Tucker Carlson.
www.rooshvforum.com

The reason The reason we keep getting deplatormed isn't simply because organizations like Patreon and other payment processes are compromised. But also MasterCard is also financially deplatforming people:
www.rooshvforum.com

MasterCard is in on this financial deplatforming too. 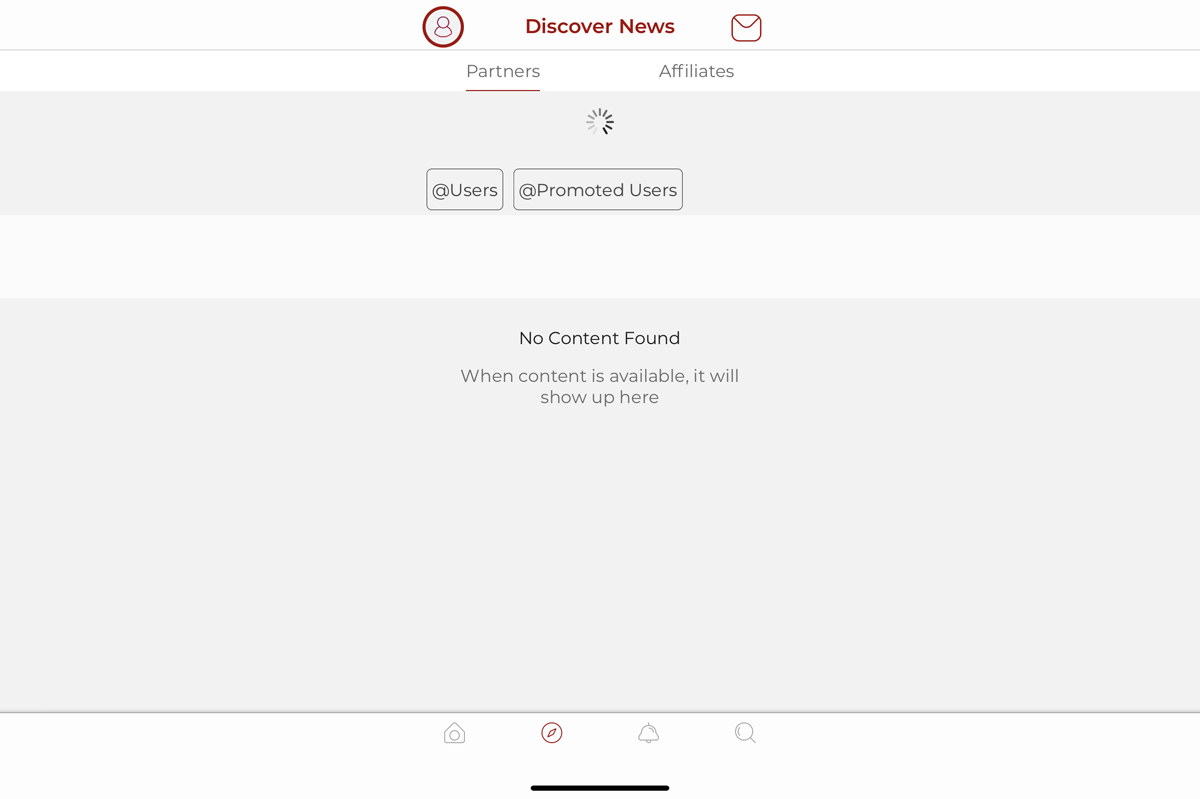 Parler is not going to replace Twitter | Spectator USA

Parler is a gathering of social media personalities talking about what’s happening on Twitter. What is missing is the core of the conversation

Shekel symbol turned 90 degrees Right, granted with a bit of the bottom lopped off.
Click to expand...

I posted the picture as a comment on Mark Levin's page.

Gold Member
Just as I suspected, Parler is shady as heck. People are questioning and calling out Parler on a lot of things: TOS, vague community guidelines, banning America First Conservatives, etc.

Henry Ate
Be careful with Parler. There is a reason why Parler is permitted on App Store and Google Play but Gab isn't.

bedminster
Parlor is a honey pot through and through. DO NOT USE IT!

TNR2020
I was interested in Parler because I thought it could be another alt tech platform but I didn't like having to register my phone number as part of the registration process. Then I read about them banning people and that was it for me. I am going to say no thanks and stick with Gab!

AScannerDaftly
Their community guidelines are pretty vague at times. I see no reason to participate.

Also, is Parler using your phone to track you?

Occam
New untried platform appearing from nowhere claiming to be for free speech but then censoring people? Say it isn't so Parlor! Gosh, NO one saw that coming. :\ :\ OOooh wait. I did.

But I am curious if there's another side to this. It seems obvious from some of those tweets people were just getting on to cause problems. The one guy said "I got banned faster than ANY of my Twitter accounts." Um .. does he make a job outta this? @Sargonofakkad100 @CringePanda

karlmarcs31
You're required to use your phone number. If you thought this was any different than the others, you're a fool.

Why do they need your number. To sell more worthwhile data of you to advertisers. The advertisers then advertise to you. Advertisers are the censors now. They're the ones who tell these companies so and so isn't profitable because they're "toxic".

user
any 'free speech' platform that isn't subject to media hit pieces, big tech deplatforming, and demonetization by paypal and other woke payment processors is probably not really for free speech at all imo.

Mrs.NeedleMouse
I was almost doxxed on that app Which is why y'all should use VPN

Buzzard_Bait
One of the things that bothered me about Parler was the fact that is isn't open sourced. Who knows what kind of data mining is going on in there.

Iant
Parler is for people that prefer to be controlled opposition vs. those that just want to speak their minds. Gab is a better fit for the second category.

Lodi Silverado
No Man wants to hang in a parlor anyway.

American Rightist
OOPSIE not so free there are they

michael williams
“if you can say it on the street of New York, you can say it on Parler.” Right now see what you can get fined for saying in NY https://reason.com/2019/09/30/new-york-city-illegal-aliens-fine-free-speech/

Thomas Ballard
Even Gab bans people if they are egregious enough, but they are certainly a lot more wide-open free speech than pretty much any other platform that has a decent base of users. I check out Parler and a lot of other sources to get a wide variety of opinion. Parler seems to work well, but I suspect there is some moderation going on because most of the posts come across as rather bland - I could be wrong though. Still, it is mostly a different crowd on Parler as opposed to Gab. I've been highly supportive of Gab since close the very beginning, but I actually find it encouraging that there are more and more outlets for conservatives (of whatever flavor). Gab has been incredibly resilient, but the way things are going these days, concentrating everyone onto one platform seems inadvisable.

Professor Moriarty
From what I understand they are being flooded with left-wing bots. Bot attack you buy a box of SIM Cards = SIM KIT in the U.S. you can register manually or as Russian bots, do rack them and software registers them and gives the person a handle = name and detail script generator.

Liberty1776
Hey Parler, way to make conservatives look every bit the fascists the left accuses them of. I don't know how anyone read the terms of use and still signed up anyway.

Jason
I gave up on the whole idea when i saw that a phone was the only way to sign up for an account. Tried using disposable sms numbers but that didn't works so forget it. Glad I did.

Jack8800
Too bad. They had a decent network. My posts don't show up on Gab for day's at a time. Sometimes never.

Dialla Sckofski
I will keep my eyes open but Parlor is so far a good resource compared to twitter and facebook. I am sure there is more to these stories that they aren't sharing with us. Some people want to see how far they can push things before they are banned.

I am become Death
Confirmed. Parlor is shit.

Jay Walker
Parler requires a phone number to register. I don't want to give that data to them, so it's not for me.
Click to expand... 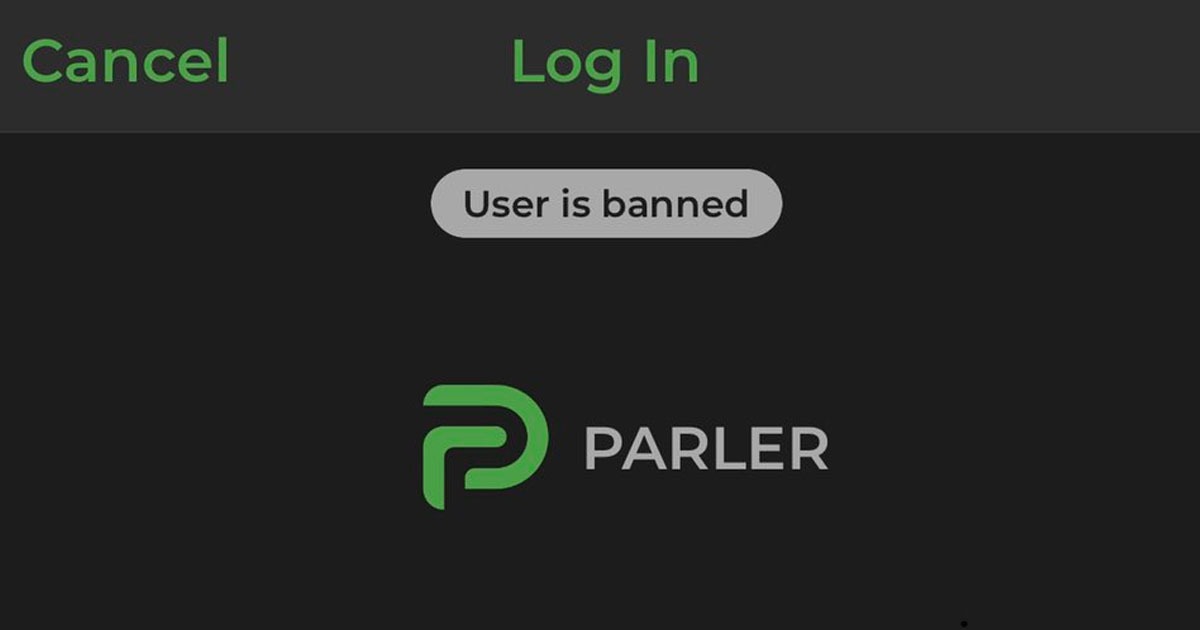 Parler, which describes itself as a “free speech social network,” has reportedly began banning America First conservatives and Democrats, despite their supposed anti-censorship mission statement.

Founded in 2018, Parler bills itself as a “non-biased, free speech driven entity,” with their goal being to “offer the world a platform that protects user’s rights, supports publishers and builds online communities”:
Parler aims to empower users to control their social experience. Users can be responsible to engage content as they see fit. We are not regulators. We are not governors. We are a community. Parler accepts your right to express your thoughts, opinions and ideals online. Just like in society, Parler interactions are subject to guidelines; and when you respect them, you are free to participate wholly.

In an interview on Thursday, Parler’s founder, John Matze Jr, said that Parler is “a community town square, an open town square, with no censorship,” and that “if you can say it on the street of New York, you can say it on Parler.” Matze also called for liberals to join the platform, offering any liberal commentator with over 50,000 followers $20,000 to set up a Parler account.

However, their actions over the weekend have suggested the site isn’t so pro-free speech as they put out. A number of leftists, Democrat, and America First commentators:

“GOP Inc has managed to build a very effect safe space free from fun, comedy, humor, and criticism,” Beardson said. “I was banned from Parler faster than any Twitter account I’ve ever had, and at least with Twitter I knew why.”
Click to expand...

Parler, which describes itself as a "free speech social network," has reportedly began banning America First conservatives and Democrats, despite