There's a reason the bible forbids women to teach or hold authority over men (1 Timothy 2:12)

It's just so stupid that we're operating within this feminist framework in the first place. The root of all this is simping.

She is still lightyears better than Ginsburg.

I don't believe this happened. Even if she had some kind of sappy feelings about this news story, I can't believe she 'wept' over it with her family. Boo hoo hoo! I'm so sure.
A

The Alliance Defending Freedom is hardly radical. I think of it as a more establishment evangelical group that offers legal help to men like Jack Phillips (the cake baker).

This is yet another example of the gaslighting that has occurred my entire lifetime. The "mainstream" supports open borders and the largest peacetime movement (aka. invasion) of peoples in the history of the world (i.e. the U.S. for the last 50 years), endless international wars, drag queens, people declaring their sex, gays marrying, cutting off kids' sex organs, etc. "Extremists" oppose these things which would've been seen as monstrous and absurd by almost every culture in the history of the world. 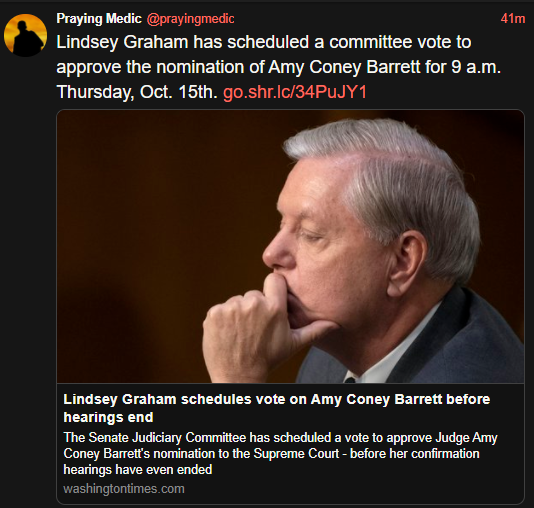 Gold Member
LOL Judge ACB had all the IQless Democrat Senators especially Kluless Kommie Komrade Klobuchar flabbergasted with their on fire by insisting on and reciting the Ginsburg Rule:

Justice Ginsburg with her characteristic pithiness used this to describe how a nominee should comport herself at a hearing. No hints, no previews, no forecasts. ... It's become a standard response by Republican high court nominees to recite Ginsburg's words from her own confirmation hearing.

What do you expect?

It's a garbage question to ask during a SCOTUS confirmation hearing especially as that Floyd situation is still in the legal system.

Garbage questions will get you garbage answers.

ACB is sharp and knows the game. This is the ONLY type of answer she could respondwith given her situation.

The question was an attempt to get ACB to slip up and say something that could be mischaracterized as racist. ll the Dems are doing is fishing for stuff that can be made into negative news content.

ACB is clearly the smartest person in the room, It's refreshing to see dumb political goons get circles ran on them.

She also condemmed "white supremacy". Maybe it is not smart but I would have asked back what exactly this term means for the questioner.

Dems seem to forget what happened with bork for why justices won't answer questions directly.

Bork was immenently qualified but policy attacks were levied against him. The left is doing the same to Barrett. She isn't gonna be called a rascist ect... They are just using their last ditch effort to cut some republican support away from her if able, by making the central issue about pre-existing conditions.... Which is what the average American falsely associates with Obama care.
E

Democrats will fill their seats in the committee with life-sized posters of people who could be hurt if the Affordable Care Act were to be repealed, according to HuffPost.
Click to expand...

This is like something out of a South Park episode.

Canopus said:
From that article:

If I were a Democrat, this is what'd I see. Instead of showing up and defending us, our priorities and our policies, you created a caricature of yourself and took another day off...

The ayes have it, 12-0. Barrett advances to the Senate to vote on confirmation.

No Democrats showed up to vote and, yes, they actually did the poster thing. 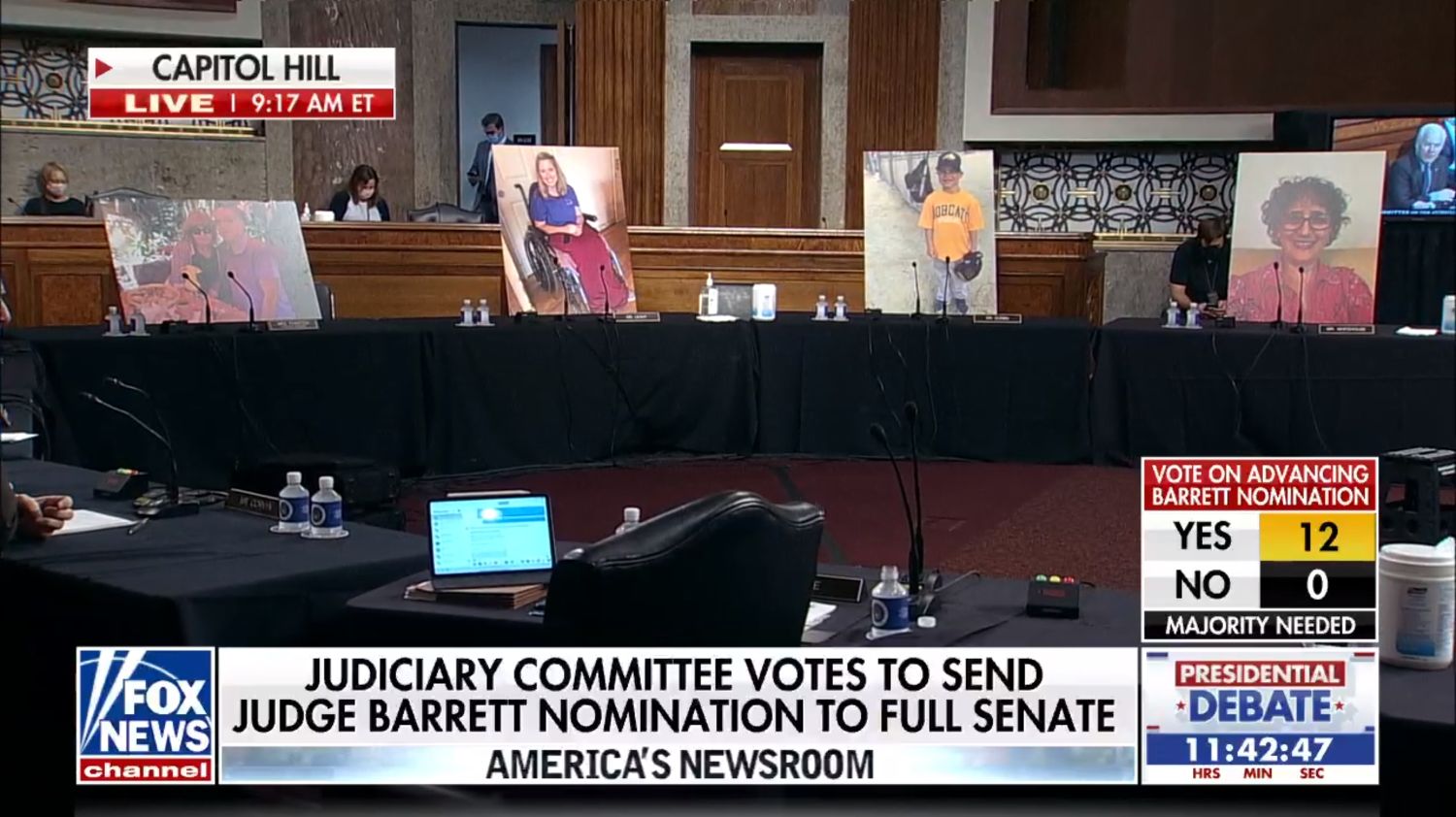 Must be nice to still get paid and not show up to work.
D

If thats what they publicly admit, then clearly the entire constitution is on the table.