Thomas More said:
I am far more sympathetic to Taiwan wanting to remain independent from China than the Ukraine, although arguably this situations are parallel.

I assume if China strikes to take Taiwan, they will succeed, and that would be a perfect time for Russia to take back the Ukraine.

The same vice versa. If China and Russia stood together on this, who could stand against them?
Click to expand...

I don't agree about the Taiwan and Ukraine comparison... Ukrainians are not Russian, parts of the country may have Russian identity, but outside of a few areas, they are unique cultures and people.

La Águila Negra said:
Or the DC apparatchiks think Putin is bluffing and they are calling his bluff.

The latter isn't too farfetched a reasoning to be fair. For Putin this is a do or die moment. He has been cultivating his badass maverick coupled with Russia's return to superpower status for years but is always on the defensive and chickens out when things get rough.

People, both internationally and domestically, are starting to notice. Putin has said that Eastward expansion of NATO must stop. If he caves on this issue because unwilling to go the whole nine miles Russia's position will become untenable and we will have to talk about The Naked Tsar instead of the Naked Emperor.

The missiles in Venezuela-Nicaragua-Cuba suggestion is dumb and shows Russia's still looking for ways to avert the inevitable. If he backs off of this he's toast.
Click to expand...

But if he goes in, he might very well be toast, too, that's what Putin must be thinking on a personal level.

Your smart analysis, sadly, is harder and harder to disprove.

The West has been disrespecting, fining, sanctioning, nagging at, harassing Russia for years, and Russia has not stricken back. It's become a bit painful to watch, for those of us who like the great Russian people. The great Russian bear remains calm and imposing, but won't he ever bite the dogs back? Dogs are getting extremely emboldened. Bear very big but unmoving.

Granted, the Russian bear must be thinking, Why are the (NATO) gay (drone?) dogs, so sure of themselves? What are they hiding? Why are they trying so hard to have me step into the fray, like the Azeri did in Armenia?

So that's the stalemate we are in. Putin knows he has to retaliate or lose credibility, but he also guesses that his Western opponents must have prepared a trap for him. So my guess is, he will ponder and hold back, while NATO gives more and more weapons to Ukraine, until one day Ukraine is too strong to be attacked, or the woke USA has disintegrated from within, whichever comes first.

DanielH said:
When was the last war the US fought without air superiority?
Click to expand...

The last US casualties due to enemy aircraft attack were during the Korean war. I don't recall the exact date but it was 1951-52. Their whole model is predicated on having air superiority and I don't think egos will permit them to admit they may no longer have it on a modern battlefield.

Orthodox Inquirer
After reading Roosh' article on the end times and a possible war, I can totally see how a perceived US/Russia conflict over time foreign territory could be the kickoff of it.

Shoigu said that the chemical components have been delivered. Staging area is on the Avdivka-Gorlovka axis. Right on the frontline and very close to Donetsk. Dirty work is presumably done by US PMCs

Contents of his statements are of course unverifiable.

Viktor Zeegelaar said:
After reading Roosh' article on the end times and a possible war, I can totally see how a perceived US/Russia conflict over time foreign territory could be the kickoff of it.

Good point. The perceived "war" might very well be an illusion. It seems unlikely that Europe will actually engage in a full-scale war with Russia, but there might be "talk of wars" and the perception of conflict. There might even be some disaster ––whether false flag or not–– but ultimately the end result will be the same. We will be in another Covid-like crisis. War-time rationing will be instituted along with crackdown on information. Martial law might be deployed domestically. Essentially, all of the things that give the government the massive controls that it wants can be achieved through a perceived-war, if not a real one. 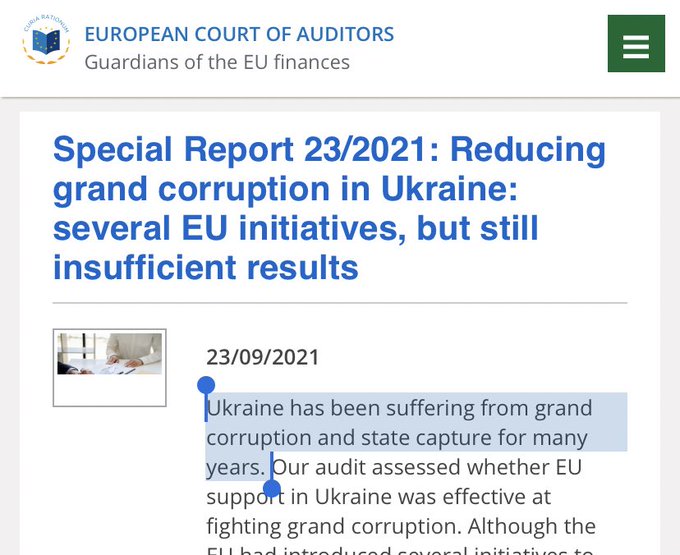 The American normie, neocon right has become a cliche. BRC is a great front: well-labeled, palatable normie back story, and advertising on normie right talk shows, etc. But anyone that doesn't see BRC for what it is after their Rittenhouse foolishness - well they are fools.

As others have commented, America has made some changes that are not aligned with many of our morals. It may be unrecoverable at this point - "are we the baddies now?" So, morally, I can see us being led into this mess. Our moral compass is broken.

But are we really this stupid? Are we now so vapid and stupefied that we will take such obviously poisoned bait? I know why the left wants this war - they hate all things Russia (and have for a very long time, exception being the commie rulers). But why the Right, especially the Christian Right, is so gullible in this conflict is just bewildering to me.

Do we not have a process anymore? After the announced false flag, will there be a presidential appeal to the US Congress to authorize force or declare war? Imagine Biden fighting for scraps of the normie Christian Right to stand firm with him against the Russia Menace.

Orthodox Inquirer
Gold Member
Maybe they are not much Christian...

Protestant
Ukrainian side of the story

Mountaineer said:
Maybe they are not much Christian...
Click to expand...

By "they", if you are wondering about (((BRC))), they aren't exactly a Christian company.

budoslavic said:
By "they", if you are wondering about (((BRC))), they aren't exactly a Christian company.

I think Mountaineer was wondering how gullible "Christians' are to follow (((BRC))). So gullible as to have little/no Christian discernment.

Orthodox Inquirer
From wikipedia on Horlivka: On the eastern side of Horlivka there is an abandoned chemical plant which used to produce toxic explosives and has been reported to be in a dangerous condition. Mining activity has resulted in large spoil tips being visible around the city, but a tree planting project and ongoing forestry maintenance has revitalised an area to the north.

"One of the primary dangers at the site is the risk of a TNT explosion. Such a blast could potentially spread toxic compounds across the surrounding neighborhoods and turn a dangerous site into an intractable disaster zone. TNT will be extracted from equipment, piping and tanks by pumping steam into the various storage vessels. Once the TNT is removed, it will either be neutralized by composting or will be received by an industrial facility that can either incinerate or reprocess the TNT for productive use. The design of the TNT remediation project is being led by a member of Blacksmith Institute's Technical Advisory Board with over 20 years of experience with the U.S. Army Environmental Center and extensive experience in the cleanup of hazardous wastes at industrial and military facilities."

As of April 2011, the site contained approximately 2,350 tons of MNCB, much of which was stored in leaking drums and tanks, and 30 tons of TNT stored in aboveground equipment and underground tanks. Early in 2011, MNCB could be seen spilling out of drums and running off of the site through surface waters. A senior technical advisor with 20 years of explosives experience with the U.S. Army Environmental Center estimated that each year there was a 5% chance of a massive TNT explosion at the site.

https://web.archive.org/web/20140101135658/http://danger.in.ua/en/dbsearch/56.html The company and its adjacent lands is 2.4 thousand tons of waste mono nitro chloro benzene, 11.5 thousand tons of contaminated soil by toxic waste and 325 tonnes of waste dumps sulfate. Although the production of explosives suspended 10 years ago, the remains lie on the production lines and can explode with random sparks. Also on the territory of the company in 2003, is banned pesticides and toxic chemicals contained in the bags.

Edit: Ammonia is also used in the production of explosives and is explosive/combustible itself under certain circumstances.
Last edited: January 15, 2022

Pointy Elbows said:
I think Mountaineer was wondering how gullible "Christians' are to follow (((BRC))). So gullible as to have little/no Christian discernment.
Click to expand...

Ah, thanks for clarifying. I think most (((BRC))) followers were caught off-guard when (((BRC))) showed their true colors during the NYT interview. Revolver News wrote an excellent piece about (((BRC))) and the NYT article last year.
P

budoslavic said:
Ah, thanks for clarifying. I think most (((BRC))) followers were caught off-guard when (((BRC))) showed their true colors during the NYT interview. Revolver News wrote an excellent piece about (((BRC))) and the NYT article last year.
Click to expand...

Thanks for the Revolver article. That was excellent. Comments aren't worth the effort, though, further establishing the idea that the normie Right is just vapid.

US Claims That Russia is Planning “False Flag” in the Ukraine (Previously, The Entire Concept was a Kook Theory) - Daily Stormer

This is probably the most important news story so far. NBC News: The U.S. has information that the R

What’s rare is for the US government to admit that false flags exist.
We’ve been told for decades that the entire core concept of a “false flag” was a “conspiracy theory.”
Click to expand...

Yes the false flag thing should be setting off alarm bells in peoples heads. To inform normies of such a term will open up a can of worms.

It is also very interesting the masters of false flag attcks - the US, Britain, Israel, are the ones mentioning this.
You must log in or register to reply here.
Share:
Twitter Email Share Link
Top