Never heard about vaccines for SARS, MERS, and H1N1 and I certainly didn't get the vaccine. But those pandemics ended somehow without lockdowns, quarantines, vaccinatinos, or contact tracing. What gives?

The vaccines were utter failures for hyper-immune response when encountering the wild type virus, killing healthy people at times. Travel was a consideration (less so at the time), as was the transmission (R0) but you are right, they have vanished otherwise - or we just pay much less attention to them. The truth is that the class of viruses goes away seasonally (like now) and herd immunity begins, like it always does. You can't get that many people to really speak in depth, or honestly, about this topic. You make a good point through your question. My best guess is that there is greater technology and greater ability for the "powers that be" to manipulate the situations that arise when they do. It really does make you think twice about life and where we are headed when you can't deny how mischievous or sinister the technocrats/globalists are.

Slightly off topic:
In all of the states that you guys live in can you ask for exclusion for "religious reasons" or otherwise regarding vaccines "required" for your job?
Last edited: May 12, 2020

Gold Member
How do you know there was no contact tracing and quarantines? Contact tracing and quarantines have been a staple of epidemiology for hundreds of years. Heck, even the name "quarantine" is an Italian phrase meaning "forty days", the mandatory duration for which every ship and its crew arriving into the port during medieval times were isolated before being released into the general populace:

The reason you didn't hear about them is because they're standard. It's like claiming that a hospital didn't bandage a patient after surgery because it wasn't mentioned anywhere in the report.
Y

There were definitely quarantines during the Spanish flu outbreak, you can google it yourself, here's an example: https://en.wikipedia.org/wiki/1918_Spanish_flu_quarantine_in_Portland,_Oregon

The quarantine efforts were met with some opposition. Quarantine was unpopular among doctors, who often protested Health Officials efforts to quarantine houses. According to The Oregonian, "[half] a dozen doctors called at the City Health Bureau during the day and attempted to explain that some of their 'flu' cases were tonsillitis, colds, or something else that is not on the list of quarantinable disease."[6]

In January 1919, the Portland City Council attempted to pass an emergency clause requiring flu masks in public. For an emergency clause to pass, it had to be approved by all City Council Members. However, the clause requiring masks was blocked by City Commissioner Mann, as well as many "drugless healers". Attorney W. T. Vaughn called the clause unconstitutional, saying that "This is class legislation and nothing else. [Doctors] admit that they know nothing of the disease, but are attempting to muzzle us like a pack of hydrophobia dogs." The ensuing debate lasted for nearly two hours, and the legislation did not pass.
Click to expand...

SARS and MERS are not transmissible until people are symptomatic, which makes it much easier to have an effective quarantine that isn't overreaching.

yeppels said:
There were definitely quarantines during the Spanish flu outbreak, you can google it yourself, here's an example: https://en.wikipedia.org/wiki/1918_Spanish_flu_quarantine_in_Portland,_Oregon
Click to expand...

OK, but you mean a quarantine only of those infected, rather than a nationwide quarantine.

And when was the Spanish Flu vaccine developed?

Perhaps you should read the links people provide ?

But about your vaccine question:

End of the pandemic
After the lethal second wave struck in late 1918, new cases dropped abruptly – almost to nothing after the peak in the second wave.[61] In Philadelphia, for example, 4,597 people died in the week ending 16 October, but by 11 November, influenza had almost disappeared from the city. One explanation for the rapid decline in the lethality of the disease is that doctors became more effective in prevention and treatment of the pneumonia that developed after the victims had contracted the virus. However, John Barry stated in his 2004 book The Great Influenza: The Epic Story of the Deadliest Plague In History that researchers have found no evidence to support this position.[7] Some fatal cases did continue into March 1919, killing one player in the 1919 Stanley Cup Finals. 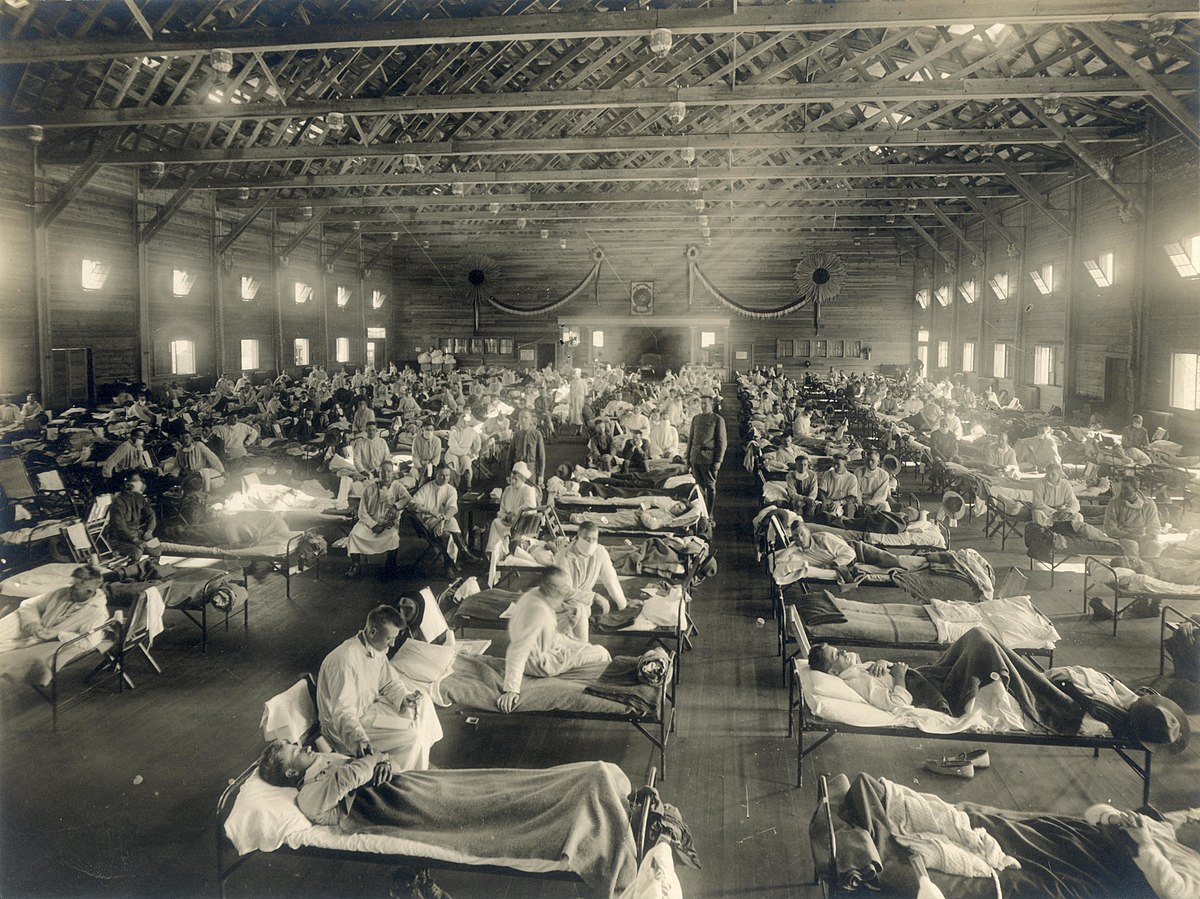 as far as I understand the influenza virus we know today is still an offshoot of that spanish flu so they never found a successful vaccine that could eradicate this virus like they eradicated the smallpox... But don't take my word on it I'm no specialist...
Last edited: May 13, 2020

So you are saying we defeated the Spanish flu without a vaccine and nationwide lockdown, and narrow quarantines of only infected people?