They want your women and children dead, bleeding on the ground, gasping for air, and they think it's funny.

Gold Member
If Kyle Rittenhouse was at this event with his AR-15, the only casualties would be the savages in the red SUV and not innocent boys and girls enjoying Christmas festivities.

Orthodox
Just remember, the people who did this.... Want you to be angry.

BiggNastee said:
I have a bad feeling about this.The war is about to begin?
Click to expand...

There is no reconciling differences with these people. They are full of envy, malice and strife. We cannot live together peacefully because they cannot live with anyone peacefully, including their likeminded kin. They do not value life. They are thieves, liars, and murderers to their core. They live only to fill their bellies with food they did not work for, to blaspheme God with their words and actions, to get high, and to fornicate. They destroy anything and everything beautiful because they hate what they don’t have and can’t steal.
J

They are saying nothing. Probably a terrorist who came over the border

MRBR1908 said:
So do white people get freedom to riot and burn places to the ground if innocent victims are killed? Asking for a friend.

The headlines I’m seeing are making it seem somehow disconnected from the Rittenhouse verdict. Of course, nothing on the race of the victims or the murderers.
L

Orthodox Catechumen
Gold Member
It's sad to say this, but it's not really a shock to me and I'm completely desensitized at this point. I lived in Western Europe during the refugee wave when this was basically a weekly occurrence. The media runs through the same pre-written script, a small crowd gathers for a candlelit vigil to sing that stupid John Lennon song, then Whites are blamed for not being accommodating enough. It was already tiresome 7-8 years ago.
G

Satan scoring against a recent loss. We grow more and more demonic everyday. I am buckling up.

Orthodox Inquirer
The demons are angry. Kyle's not guilty verdict wasn't part of the script.
R

DanielH said:
How bout instead of "SUV Plows Into a Crowd" we try this for a headline "Black Terrorist Driving SUV Plows into a Crowd of Whites at a Christmas Parade"
Click to expand...

How about Black Terrorist, Radicalized by Non-Stop Media Lies about Whites, Driving SUV Plows into Crowd of Whites at Christmas Parade?
E

Redcrosse said:
How about Black Terrorist, Radicalized by Non-Stop Media Lies about Whites, Driving SUV Plows into Crowd of Whites at Christmas Parade?
Click to expand...

You’re not wrong, and we will definitely see more attacks. I’m more bothered by the loss of life than anything. I’m guessing at least ten dead and several dozen injured looking at the footage 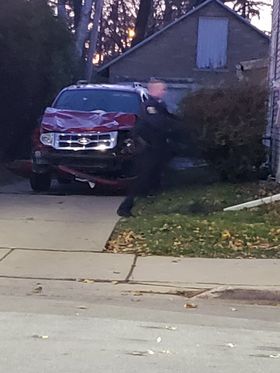 
get ready for those CNN filters

Protestant
If this doesn't cause a bunch of states to ditch the catch and release program and at least enact a three strikes law, then I don't what will. Five people confirmed dead at this time.

Other Christian
This is the suspect, you won’t see this on CNN, MSNBC, or elsewhere in the state-run media. The story will be dropped by tomorrow or Tuesday at the latest. 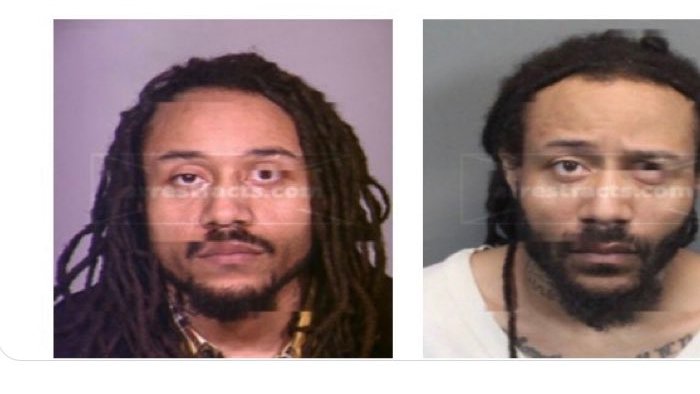 Other Christian
Gold Member
The perp is a rapper. Here he is rapping in front of the red SUV.

DanielH said:
And it's a popular post. We're now at the stage where leftists openly support terrorism against us. They're openly advocating for our deaths, and have been, and conservatives are still at the "I'm not racist" stage.

I absolutely feel justified in unmasking myself in front of family and supporting segregation, been doing that for a while now. Ask an older normie conservative how segregation is bad exactly, given how awful it has been for everyone involved. Expect hilarious results and short circuiting or reluctant agreement. Especially fun with the "MLK Jr was a Republican!" conservatives.


Don't think so, but I'm all for pushing buttons on people I know, not because I want war, but I want them to understand the truth of the situation we find ourselves in.
Click to expand...

At the very least segregation may give us warning to prepare when they act unusually.

Revenge attacks supported by journalists and their gang networks could and would still happen.

get2choppaaa said:
Just remember, the people who did this.... Want you to be angry.

Be angry. But do not sin. Kyle Rittenhouse was well trained, well versed in law. His supreme self-control and discipline gave him victory.

Christian American peacefulness and regard for order isn't weakness. It is a strength and superb material for organised violence.