Orthodox
Gold Member
The ignorance, cowardice, and moral hypocrisy on display in light of these events is truly disgusting.

At this point, anyone who hasn't woken up isn't going to wake until it's their turn to get sacrificed on the altar of diversity.

It pretty much goes without saying to avoid large public events from this day forward.

Going strong said:
There's a verified page on the famous Gofundme website, a page set for the numerous victims of the atrocious attack perpetrated by this alt-Left monster. 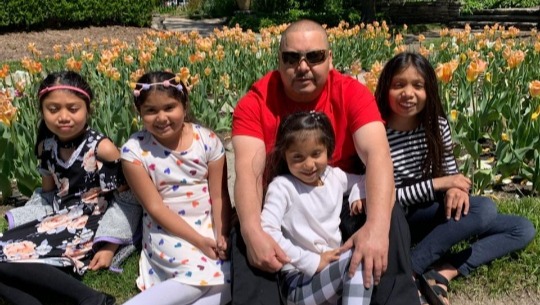 Hi, my name is Matt Ruppert and I work with Maria at Rembrandt Commercial… Matt Ruppert needs your support for Waukesha Parade Tragedy - Maria Alvarez Family
www.gofundme.com
Click to expand...

Donated. Thank you for posting this. Don't forget to change the % that goes to Gofundme to zero.

The CNN commentary making up the being shot at thing and running from the police is one of the most disgusting lies ive seen in a while. Made me red hot mad to watch someone fabricate a lie for a political narrative when kids were literally mowed down on the street.

Literally last time I saw something that egregious when the new reporting about white hats/Syrian gas attack fake news (thanks General Mattis for lying to the public and Trump) where kids were literally killed on camera for a news story.
M

Whoever made that fake Hitler quote about the real black jews is the biggest troll of all time, these buffoons actually believe that crap and somehow in their windows 95 level logic are processing it to go on a racial murder spree.

Other Christian
I feel for Jack Posobiec, he and plenty of others are one tweet away from having their accounts shut down thanks to Jack Dorsey.

I wish some of these guys learnt from the 2020 election...twitter needs to go the way of the Dodo bird.

hedonist said:
I feel for Jack Posobiec, he and plenty of others are one tweet away from having their accounts shut down thanks to Jack Dorsey.
Click to expand...

They haven't learned because they don't care. I've decided Poso is just another fake conservative.
N

Other Christian
Appears to be gone from UK media. Lead this morning is the drowning of a boatful of "migrants" in the English Channel.
M

Nordwand said:
Appears to be gone from UK media. Lead this morning is the drowning of a boatful of "migrants" in the English Channel.
Click to expand...

An underwater city is the future of civilization.

DanielH said:
I'm absolutely shocked to see how well they've covered this up. We're entering a really dark period of history. Whites and Christians are just going to start disappearing and when people ask where they went, Community Relations Service agents are going to be knocking on their doors and letting them know they can't ask those questions unless they want to see where they went. People aren't even aware that this attack happened, and if they are they think it was a bad accident from the headlines.

Think of that agency's name. Community Relations Service. That's as Orwellian as it gets.

Reminds me of Owen Benjamin's and Crowder's Stalin skit, "Your neighbors and friends will look away when we take you. They always look away."
Click to expand...

Martyrdom of the future will be in many cases only witnessed by God, the Angels and the Saints.

They will be having none of the Public Martyrdom of Ancient Rome. No crowd to be amazed at the faith of God's people.

Brebelle3 said:
I thank God for this forum and the good men and women here that share facts. This is my refuge from the worlds insanity.
Click to expand...

budoslavic said:
Check the Wayback Machine, which you can see here:

UPDATE: National-Justice has an excellent article on Brooks which you can read here. Today a black male intentionally drove his car into a group of White People celebrating Christmas together. His name is Darrell Brooks, a late 30’s aspiring rapper, who just got out of jail a few days ago on...
web.archive.org
Click to expand...

Even the Wayback Machine isn't a guarantee. Make sure to achieve it somewhere that it cannot be taken down.

It_is_my_time said:
I disagree. The elites don't want all the races at each other's throats. If they did they wouldn't go overboard banning anyone in the White Nationalist movement on Facebook, Youtube, Twitter, Instagram, etc, etc. They promote all other racial politics but White politics. They go as far as to use the term "POC" meaning "anyone but Whites". This is because it isn't about getting the races to fight amongst themselves, it is that the elites know the only people on this planet who have beaten them in the past were the Europeans and they want them virtually gone. Whether through low birth rates, poverty, mixing of races, mass immigration, welfare programs for immigrants, pointless wars, etc, etc, it has made the White (European Descendants) global population drop from around 30% in 1900 to around 9% in 2021.

This is an attack on Whites and anyone who sides with them, especially Christians. You can be a globalist open borders Christian and you will be promoted by the system. But if you are any race and support Whites remaining a majority in their countries you will be banned and outcast. Even if you are not white.
Click to expand...

Supporting Whites in the current situation is the Duty of all Christians as with any other Ethnicity maligned by this evil system. For to do so is in keeping with Righteousness and Justice.

Christians ought to support their brothers/sisters of any Ethnic Group. Especially if any of them get specifically targeted.

We are all One Body. And if any member of the body is hurt. We ought to mourn. If any part is in trouble. We are obligated to support them.

I will disclose that I am not White. But I see that this evil and Anti-White racism must be fought. Because it is just as evil as any other hatred of any other Nation for their very existence rather than their deeds and their membership in the Body of Christ.

All are made in God's Image. This is the ultimate reason for the Christian opposition to hatred of any Ethnic Group for existence rather than treating them as Image Bearers accountable to God. And redeemable through Christ.

Other Christian
Gold Member
On Yahoo News yesterday was an article comparing and linking this incident to the instances of people running over Black Lives Matter and Antifa rioters who tried to attack them in their cars. The article didn't stay up for long, so I think even the nutcase liberals running that "news" operation realized that this was taking the propaganda a little too far.

Catholic
(perspective from Ireland)
When this story was breaking news, the Irish media all covered it as their #1 story online for 1 day.
Once details came in, strangely all media dropped the story and it hasn't been reported on in 3 days now.
They didn't name or show photos of the attacker and absolutely didn't mention he was a black man.

nordle said:
(perspective from Ireland)
When this story was breaking news, the Irish media all covered it as their #1 story online for 1 day.
Once details came in, strangely all media dropped the story and it hasn't been reported on in 3 days now.
They didn't name or show photos of the attacker and absolutely didn't mention he was a black man.
Click to expand...