What are you currently reading?

Just finished Fire in the Pines by Steven Franssen. It may be my favorite fiction novel right now. It's about A the dystopia of a divided United States with parts being run by the Chinese, lesbians, satanists and mormons. It's told from the perspective of some of the last sane heterosexual men in the States.
S

TimvS1510 said:
Just finished Fire in the Pines by Steven Franssen. It may be my favorite fiction novel right now. It's about A the dystopia of a divided United States with parts being run by the Chinese, lesbians, satanists and mormons. It's told from the perspective of some of the last sane heterosexual men in the States.
Click to expand...

Judging by the description, you might like Flashback by Dan Simmons, as it seems quite similar. It is about a memory-reliving drug ("flashback") that is gradually taking over the USA at some point in the dystopian future and a police detective that is trying to investigate rumors about a new, more potent, version of the drug and the murder of a Japanese young man, who is the son of the local Japanese boss.

In the book the country is slowly disintegrating: some of its parts are occupied by Japanese corporations and militarized companies, there are violent teen gangs, EU has basically turned into an ultraradical caliphate with nuclear weapons, and Mexico is about to take the southern regions of the US. There are also interesting bits in the book that describe quite vividly how horrible the societal decay is in due to lack of morals, religion, diversity and racial tensions.

I strongly recommend this book, it is absolutely fantastic.

My father and I were stuck in the car for several hours recently. I took the opportunity to reacquaint us both with good old Louis L'Amour. His novel 'Passin' Through' was the first of his works I'd ever read and I found it has an audio version now.
Good entertainment and written for men. Not as heavy or important as most of the books on this list, but still better for the soul than most modern fiction.
B

Where have you gone Michelangelo by Thomas Day. it's about the loss of art in the Catholic Church post Vatican two. Even-though I'm not a Catholic Fr. Josiah Trenham mentioned it in one of his videos.
C

Pdalion said:
Zorba the Greek by Nikos Kazantzakis. Already read it in English, this time around in French.
My purpose is to use it more as a language training tool. I enjoyed it the first time around, however
this time its more of a test of patience.
Click to expand...

I intend to do likewise with Zorba the Greek, but will read it in Polish once I reach the requisite level of competence.

Good luck getting through it in French!
B

Started reading some other things this week. The Holy standards, Monastic Wisdom by Elder Joseph the Hesychast, Sexual Personae by Camille Paglia. She dose not understand christianity at all, she has an interesting worldview but it's kind of like a Blue Lagoon situation if you've read Degenrate Moderns by EMJ

ever notice how Jay Dyer will recommend a book and then this happens: 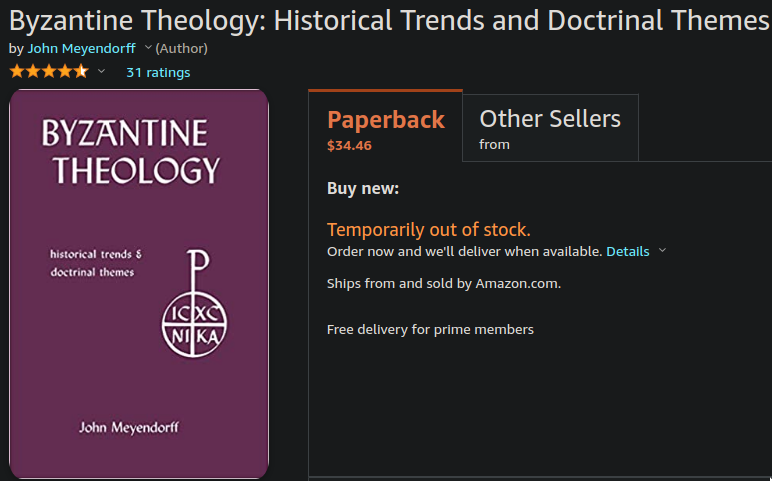 cris said:
I intend to do likewise with Zorba the Greek, but will read it in Polish once I reach the requisite level of competence.

Good luck getting through it in French!
Click to expand...

Same to you in Polish!

Master and Commander by Patrick O'Brian.

The Lost World by Arthur Conan Doyle. I expected a children's book about dinosaurs but so far I'm getting a richly written escapist adventure story.

PaulDupree said:
A Patriot's History of the United States by Larry Schweikart
Click to expand...

Same here. Some of the little editing errors take me out of it (for example, two spellings of Tom Paine and Tom Payne on the same page). But overall a brisk pace, great asides on cultural figures like Davy Crockett, Mark Twain, that were not necessarily part of the grand overall history of the U.S. but still very well known. Currently at the tail end of the Civil War.

On the Edge of the Primeval Forest by Albert Schweitzer
B

Can Life Prevail by Pentti Linkola.

Mystical City of God by Ven. Mary of Agreda

Work of Human Hands: A Theological Critique of the Mass of Paul VI by Rev. Anthony Cekada

Watched the Disney film Snow White and enjoyed it much more than I remembered. A total far cry from where (((they))) have taken the company since.

As a result, I started reading my copy of Grimm's Fairy Tales.

Also started reading Scotty and Elvis: Aboard the Mystery Train by Scotty Moore, Elvis' guitar player in the early years.

GodfatherPartTwo said:
Watched the Disney film Snow White and enjoyed it much more than I remembered.
Click to expand...

Disney classic films are great. I watched last year Pinocchio. Seeing as an adult is another experience. When they take the kids (including Pinocchio) to Pleasure Island. Kids just play, drink and smoke. But then they transform to donkeys and become slaves. A metaphor to develop skills (study) so you don't get exploited for the rest of your life.

I prefer to read technical books but I decided to check some classics. Now I'm reading Count of Monte Cristo (I'm halfway). There are some chapters that could be removed (plain filler) but it's enjoyable so far. It's the most famous book about revenge.
E

I'm currently reading the Wall St Playboys "Efficiency" ebook. Starting a business this week. Have been out of work for nearly a year .