What are you currently reading?

IMMImedia said:
Just countries thrown out, am not 100% in the know about each country and their statereligion or dominant one, just random. Guess it came bacause Jesus spoke arameic, and I perhaps thought that came from armenia. Which is probably wrong too. I am no christian expert, I just lived in hellish situation personally about 10 years ago, and wanted to test myself to the max, and shopped around for crucifixtion. Or wanted to numb my psycic torment. Was in a bad relationship. Was an atheist at that point, do not claim it to be well thoughtt through or nothing, was just something I wanted to do then. Never been a christian in my life till later, was a registered buddhist at the time I think, I de-enrolled from the church at 18, because I had to go through confirmation despite not believing, and having social anxiety. So I became very hateful of the church, I did not like going through confirmation doing public speaking in front oiff 200 people, and did not like lying about pledging my life to God when I did not believe. Tried to talk to my parents and grandmother about it, but the conversation was not entertained, this was a must. So I resented them for a while after that. Especially my parents, who I do believe are atheists. Hypocritical to go through a phony ritual they do not believe in. So I joined a faith who pays you 50 bucks a year instead, when I found out that the statechurch ignored my written resignation. Then I became a buddhist to block that membership. Now I am back. I do not know the book, just heard people speak of it, pro and against. I was a diciple of Christopher Hitchens for most of my life. Why are you being so intellectual about this? I do not know what branch of christianity I should be in, it is quite new to me, I am learning as we speak. It has only been like 5 years, I do not pray, I cannot define it, just a feeling it is right. And lutheran is wrong, that is the statechurch of my country. They are not allowed to preach about hell no more, nor say that homosexuality or infidelity is wrong, and they have LESBYAHN priests marrying gay couples, so that one is out. I think they have stopped preaching against abortion too, which is very wrong. The faith is no more. If everything goes, it cease to be a religion, mkay?

Why are you saying you would build a cross and nail me yourself? When you state you would not do it? You just preach anger, possibly without knowing it, and saying to people you are a fake christian. Why would you do that? Because I gave an explenation for reading a bonkers book? Why so emotional? I just did the introductionthing and told people of a book I got when I was in a weird place, why did it evoke anger in you? It was past feelings I had, they are gone now, the book is still interesting and something you should read to get to know people that are hard to understand. not doing that project anymore, just saying I am reading again for the first time in 5-10 years. If you think. you help people by calling their thoughts stoopid, you have something to learn, and if you have to add your moral/ethical superiority that you would not do it, then you are just guilty of dantes 7 sins, and got a long way to go reaching the lord, if that is your plan. You have pride, that is a sin, a big one. Forget your ego, stop stroking it, you have it, stop jerking it once in a while. I know selfgratification is fun, but in this regard, you must let others do it for you, this is not like your joystick Your ego must be built by others, not yourself. Good luck buddy.
Click to expand...

1. You need to open a new thread for your topic, if the number of your posts and reactions already allows it. Roosh is very strict with the rules.
2. Armenians speak armenian, not aramaic.
3. I obviously made a joke.
4. It is not Dante's seven sins, he did not invent them.
5. Your church is not Lutheran, if it does not preach the Gospel but social justice.
6. Calm down.

I’m finishing up Work of Human Hands: A Theological Critique of the Mass of Paul VI by Rev. Anthony Cekada

This morning, I ordered the recently published collected writings of the late Fr. Cekada; they consist of articles, studies, and blog posts Father wrote in the years 1979-2019. The name of the collection is Don’t Get me Started! and is published in three volumes. I ordered all three volumes:
Vol. 1. Road to Sedevacantism
Vol. 2. The Controversialist
Vol. 3. Whatever
It’ll arrive just in time as I’m finishing up Work of Human Hands.

Orthodox Inquirer
"Before Jerusalem Fell: Dating the Book of Revelation" is a dissertation seeking to demonstrate that Revelation was written prior to the destruction of the Jewish Temple in AD 70 and that it was prophesying that event. It deals with the number of the beast (666) as a gematria meaning Nero Caesar.

For those who want to read about partial preterism, this is one of the best books on the subject.
B

Orthodox
The Suicide of Europe by Prince Michel Sturdza
G

The Decline of the West by Oswald Spengler

This would be an obligatory read in college if college wasn't propaganda factories polluted with Marxist faculty and student untermenschen.

We here on the forum try to question the world as it is presented to us. One of the biggest lies we face is "climate change".
The late Michael Crichton who gave us so many novel, screenplays and thought provoking ideas had this for us.
A novel describing how eco-terrorists use the media and infrastructure to try and create catastrophes so that the world will get it and support drastic measures for stopping climate change.
It is read as both a dramatic novel with action, but also as a call for skepticism - especially from the media. He sites 172 scientific articles, which means that he did his research job. Oh, and that was in 2004.

The Gurus, the Young Man, and Elder Paisios by Dionysios Farasiotis​

This is an excellent book for someone entering a Christian life from a background of the occult and/or Himduism.

The Gurus, The Young Man, and Elder Paisios

The true story of a young Greek man who became a Hindu and witnessed many miracles at the hands of Hindu gurus, yet who was called back to his Orthodox faith through the even more miraculous humility of the Athonite monk, Elder Paisios.

BasedStefan said:
The Beast That shouted Love at the Heart of the World - Harlan Ellison

Man, I read the Monkey Wrench Gang years ago. I’d forgotten all about it.

The Religion of the Apostles by Fr Stephen De Young.
It's a tremendous blessing for where I am right now.

Gold Member
If you're looking for a little escapism, "Project Hail Mary" by Andy Weir (The Martian) is absolutely riveting. Fantastic sci-fi epic....I loved it.

Gold Member
Reading Chaos by Tom O'Neill on The Manson Family and how Helter Skelter book got a lot of it wrong. 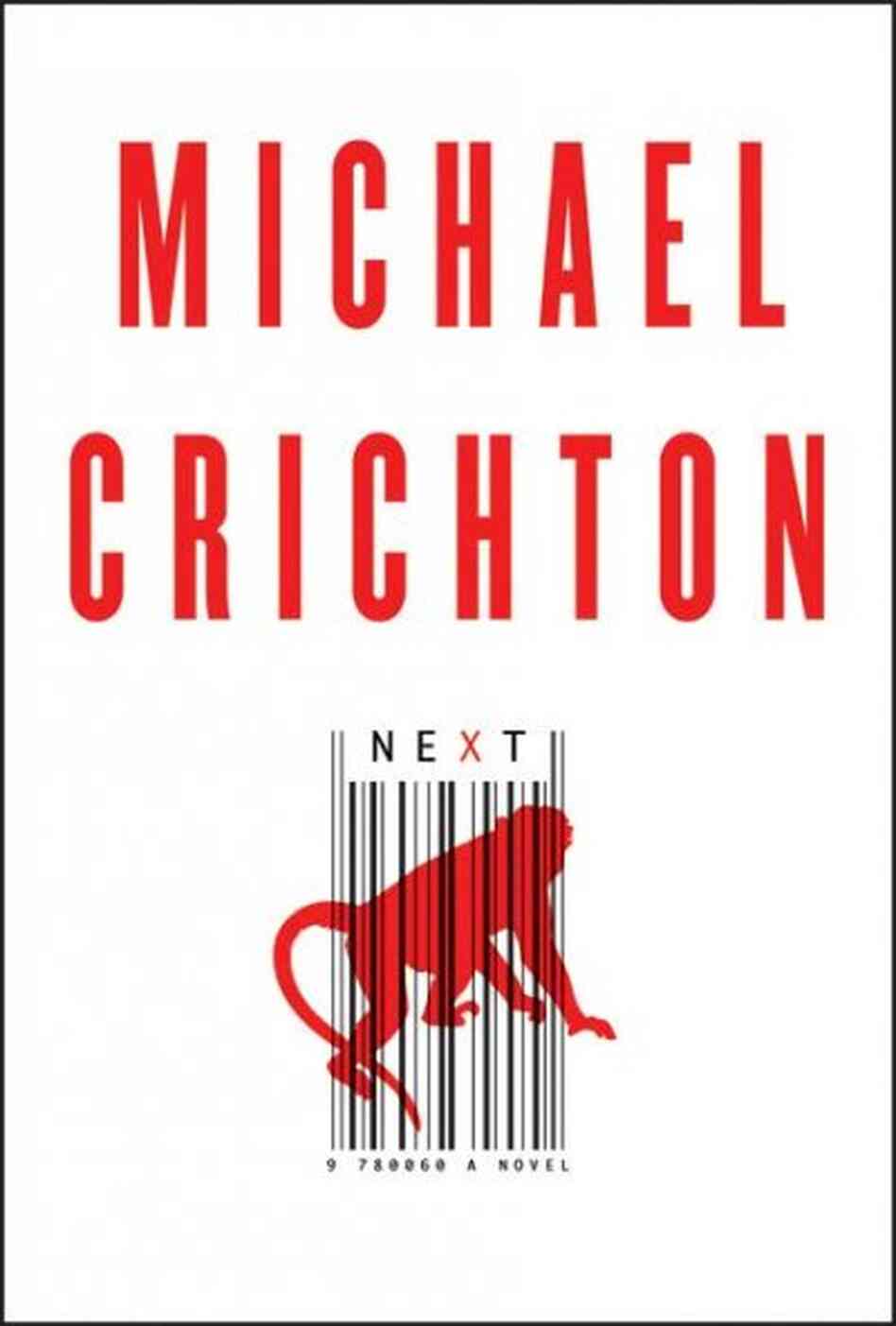 What is happening in the world of Bio-Tech?
Crichton, with his exquisite talent for combining technology and thriller, wrote this book 15 years ago.

The basic premise - A number of characters, including transgenic animals, try to survive in a world dominated by genetic research, corporate greed, and legal interventions.
If you want to see what "heaven on earth" might be like, after we can have our way with the -genome - go read it. It is an "All out war" with consequences. You may father a monkey with intelligence, or try to help your relatives with gene therapy or even have your cells help cure cancer. In all cases this does not end well.
Monkey with intelligence - let's see how it becomes part of your household.
Gene therapy - helps in the short run, but kills you in the long run.
Having your cells cure cancer - cells are patented and bounty hunters are after you to harvest more cells.

A good description of it is "a collection of short horror stories from the biotechnology industry".

The Transcendentals and Their Function in the Metaphysics of Duns Scotus by Allan B. Wolter

Orthodox Inquirer
I've had a "Fr Spyridon Bailey-a-thon" since hearing about him when he phoned Roosh. Have read most of his books. Notably I have enjoyed:
Journey to Mount Athos

A few others I very much enjoyed:

“The Covenant” by James Michener

The Departure of the Soul: According to the Teaching of the Orthodox Church 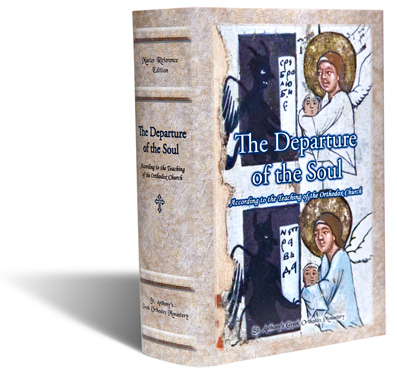 Home - The Departure of the Soul - A St. Anthony’s Greek Orthodox Monastery Publication

“I am deeply impressed by this magnificent volume." – Metropolitan Kallistos Ware Read a Selection Here > "Based on a solid foundation of Orthodox theology, 'The Departure of the Soul' is a wonderful study of the topic." "I am pleased to recommend this
thedepartureofthesoul.org
G

I read it last year and enjoyed it. It's funny how it has been accused of being Islamophobic when it borders on Islamophilic even, though illiberal (which is the ultimate "problem" with it). I'm thinking of reading "Serotonin", soon, which I have a copy of but haven't started.
Share:
Twitter Email Share Link
Top