What do you think will happen in September 2020?

I recently left the NYC metro but I had noticed that even in that area people seemed fed up with the corona laws due to experiences like having servers mock the “Cuomo Law” (their wording) requiring people to order food.

scotian said:
Increased violence resulting in people choosing to stay home would hurt the Democrats, unless vote-by-mail is enacted, which isn’t a given.
Click to expand...

You're reading this wrong. Attempting to keep you from hanging your Trump 2020 sign on your house is the goal. In my area, a mix of maybe 70% liberal and 30% conservative it's worked. I see far less this year than in 2016.

If they can get you to fear putting a bumper sticker on your car they may keep you and others from the polls.

EndlessGravity said:
You're reading this wrong. Attempting to keep you from hanging your Trump 2020 sign on your house is the goal. In my area, a mix of maybe 70% liberal and 30% conservative it's worked. I see far less this year than in 2016.

If they can get you to fear putting a bumper sticker on your car they may keep you and others from the polls.
Click to expand...

I agree with you here.
Though my last post was positive, I think ultimately the election is the main threat we face. When BLM tries to intimidate people at the polls. When Antifa destroys mailboxes in conservative areas. When mass mail in voting puts the election in question. These scenerios are going to be bad. If the election can't be sorted out with a clearcut winner, people are going to chimp out. If Donald Trump wins, there will be a chimp out. The only situation with no chimp out is Biden winning clearly with no evidence of fraud. That's more of a slow descent into communism.

Trump should advocate for a normal election with some social distancing measures. That's the only sane thing to do. There shouldn't be mass mail in voting.

There's a strong likelihood of mass civil unrest after the election because 2 out of 3 scenarios (Trump winning and election up in the air) I mentioned are more likely to happen.

If Trump wins, expect any Democrat friends/family you know to become more passive aggressive and unhinged as a result. Trump Derangement Syndrome 10x.

Kona said:
I didn't vote. I think September is going to be good. Progress against rioting and corona will be made. The markets did well today.

This is not optimism. The old push-pull psychology is at play. Like we used to use on the pretty ladies. Build you up then knock you down.

The knockdown will start on Oct 1st. Riots, corona, market crash. It will start then.

Keep in mind, hysteria has been going on a while now. People don't have the attention spans to keep it going, they need a little break.

Nice post. I saw someone else with this same opinion but he was younger and thinner*

If most people knew the truth about (((viruses))), exosomes really, they would understand that every ailment other than dismemberment and death is treatable, reversible, and curable. You get rid of EMF damage to your cellular structure and you remove 90% of most of these conditions. You can do this by a combination of boron, mushrooms, making a faraday cage to sleep in, fasting, and not wearing polyester or plastic clothing.

The mental insanity surges in the radical populations are also a cohencidence, of mobile 5G towers being transported around the country to whatever town they wish to make a media spectacle (read, sleight of hand) next.

I think it would be a horrible blow, and also a devilish sacrifice if they allowed Trump to be taken by these smelly dregs and killed in the street for all to see, hoping to stifle the hope of the heritage Americans. I just expect more white people to be killed by blacks, more kikes to be kvetching about the economy, and more insanity that's ever-widening in a logarithmic pattern across the nation.

When people push for economic reform, bad things happen, that's all I know. The multiple civil wars going on right now are just smokescreens. The media still has zero coverage of the banking cartels (brood of vipers) and their grip on all of humanity. This basically reveals that everyone is in on it and no one wants to free people from the source of these problems. Shame.

The more things change, the more they stay the same, just expect your mental limit to be tested. Pray for the strength to wtihstand against it, because we ain't seen nothing yet.

NoMoreTO said:
I'd say the same for some form of domestic terrorism or false flag event involving "white nationalists".
Click to expand...

This is my bet. Likely preceded by renewed covid lockdowns.

Of course, I was convinced there was going to be an assassination attempt on Obama sometime in October 2016 either by a Clinton operative posing as a white supremacist or a genuine white supremacist used as a patsy, so what do I know.

Lockdown 2.0 is already on the agenda. I don’t think it’s actually going to work though.

What, no alien invasion option?

Who could have predicted in January that we would shut down the country because 9,000 people would die of the flu, and that we would be tearing down statues of Thomas Jefferson and rioting in the streets?

I wouldn't rule anything out at this point. I *have* seen a lot of people predict that there will be *some event* in September. We shall see...
W

La Águila Negra said:
However, now it seems as if they are back pedalling a bit. The swing voters are starting to side with the Republicans and high ranking Democrats have started to distance themselves from the violence (or blame it on Trump).
Click to expand...

Globalists were hoping for the 'money shot' Trump suppressing protesters like they got in the 1960s:

Because once they get a money shot that's all the masses remember. Never mind what it took to get to that point (like 7 time felon Floyd) .
A lot of them are aging baby boomers and probably underestimating the power of alt media even as Twitter and Big Tech censor.

They started to back off because as you say it was beginning to hurt at the polls, but one 'money shot' and they win. Look at how far left the country shifted after the Floyd video. And the Rodney King one.


NoMoreTO said:
Crashing of the stock market would be extremely effective
Click to expand...

They were trying to do this before Covid - remember how unstable the markets were . Covid, I don't think was 'planned' but like 9/11 they never let a crisis go to waste.


My guess there will be true voter intimidation for Trump supporters in an unprecedented scale, outright thuggery - remember last election before they were even 1/2 as crazy as they are now - Republican headquarters in NC were firebombed.

Easy_C said:
Lockdown 2.0 is already on the agenda. I don’t think it’s actually going to work though.
Click to expand...

Indeed more lockdowns is definitely something a lot of our ''leaders'' want, but now that the cdc came out basically admitting it was all a hoax will they be able to pull it off ?, you would think the game is about up... I was fully expecting more lockdows, but i've allowed some small hope again that they might not be able to pull it off at this time and have to back off on it a bit. Who knows though anything is possible in this crazy world.
Last edited: September 2, 2020

it’s because the limit has been reached and more lockdowns will lead to the kind of civil unrest they don’t want. Europe is already having huge rallies against lockdowns with police in some instances siding with the rally goers.

After reading this thread, I think I underestimated the potential for round two lockdowns before November. I agree that the foundation is already firmly in place, and they could probably ramp up a major scare within 1-4 weeks.

Another possibility is a 1-2 punch of violent riots and heavy lockdown measures done at the same time. The rioters would become a de facto street army that does not have to stay home.

Hey maybe the whole world will wake up to this BS, we'll take off our masks and party like it's 1999.

Maybe we need some more optimism. Jeepers I need a break from the net.
K

You might start seeing articles now that faintly praise President Trump and remind you to vote on November 5th. Election day is November 3rd.

I’m pretty optimistic, I think a lot of people are fed up with the current measures in place and are yearning for greater freedoms, the same ones their forefathers fought for.

Unfortunately, the boomer/female/soyboy populace continues to propagate COVID hysteria, which is the main ingredient needed for another lockdown. In that sense, round two is fairly possible.

Still optimistic though, I believe the Spirit will prevail.
M

I have heard many people saying something would happen in September and one person specifically mention sept 18th. I typed that date into duck duck go and it brought up the date and time of Jerusalem. So maybe something with Israel.
What we are living through seems so unreal.

I think there will be gunfire, automatic weapons, on or near the White House lawn. There is some big Leftist event, which starts on the 17th of Sept - something called #whitehousesiege

On a side note, I really liked Trump's call for prayer, at the end of his visit in Kenosha. The pastor's prayer was uplifting to hear.

There are some indications that Melania may be Catholic.

Im in the camp where we should not trust Trump but...even though I don’t believe he is sincere the exterior act of invoking god in and inviting that presence can have spiritual ramifications beyond what is immediately apparent.

Armstrong’s commentary is worth considering tools. He’s now saying that the plan is to delay announcing the official results until after January; at which point the generals will forcibly remove Trump and Pelosi can appoint the next president.

Easy_C said:
He’s now saying that the plan is to delay announcing the official results until after January; at which point the generals will forcibly remove Trump and Pelosi can appoint the next president.
Click to expand...

This is my fear. I normally would have said they'd never take it that far but I'd say it's a toss up now and possible.

wayfaringstranger said:
They were trying to do this before Covid - remember how unstable the markets were . Covid, I don't think was 'planned' but like 9/11 they never let a crisis go to waste.
Click to expand... 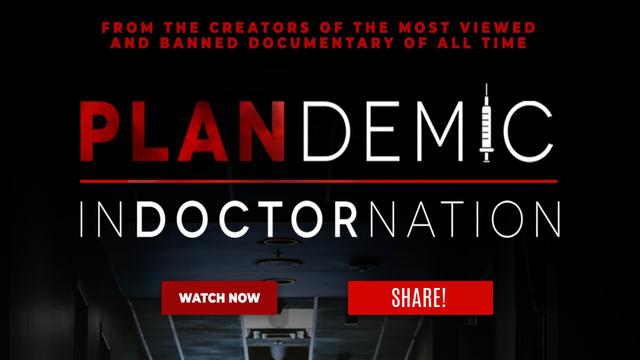