911 said:
This is a book written by this guy here, Guardian journalist: 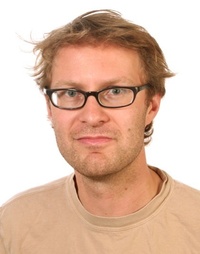 This is his other book on Russia: 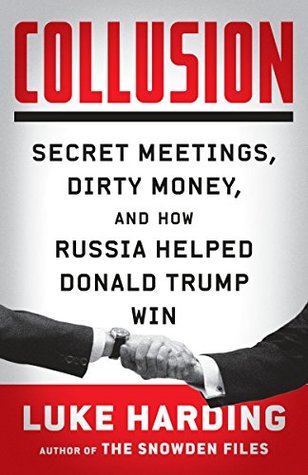 Harding also covered up Clinton corruption and naked neocon plans and the Benghazi murder in his other book "Libya: Murder in Benghazi and the Fall of Gaddafi".

This guy is a POS leftie globohomo disinfo agent, his work is trash. His deep state backers hate Putin with a passion because they have hated the great Orthodox Christian nation of Russia for many generations.

Putin has built 25,000 churches in Russia, and honored true Russian patriots like Solzhenitsyn.

This is the real story of modern Russia, the real collusion to rape and plunder that nation with the same intent the Bolsheviks did 100 years ago, and the cauldron from which Putin emerged as a savior to his nation: The Plunder of Russia in the 1990s

An old Russian gold mining town……. The other day I was surprised to learn that Jeffrey Sachs, the creator of “shock therapy” capitalism, who participated in the looting of R…

"This is the real story of modern Russia, the real collusion to rape and plunder that nation with the same intent the Bolsheviks did 100 years ago, and the cauldron from which Putin emerged as a savior to his nation:"

I will be the first to say that the oligarchs (I believe all but one were Jewish) basically sliced up the resources of Russia, after the fall of the Soviet Union, as if it were a big pizza. Yes, Putin did stand up to them, and put those few he allowed to remain, firmly under the thumb of the state. And to this day, many average Russians like him for having put them in their place. *But,* on the other hand, Putin runs the country as if he were a mafia godfather, and modern Russia is a poorly functioning kleptocracy. Experts estimate that Putin may have squirreled away around 200 billion dollars in money and company shares, during his on-going time spent running the nation! The current Russian middle class and the rising generation are fed up with the economic and social stagnation of Putin's government, and that is why they are willing to risk so much, by at times protesting in the streets.

Don't make me quote Jung in my sig again.
S

Blood and Thunder. Would recommend.
T

great read. Sometimes a little metaphysics-heavy, but someone with basic philosophy knowledge can probably understand it. Traces history of metaphysical development from Ancient Greece to early 80s (Thomism in Notre Dame, U Chicago,...). Goes through both Logos' role (or lack thereof) in Islam and Science as well. A lot of discussion re/ the relationship between Protestantism, particularly Luther, and Hegel and German Enlightenment
J

Considered by many to be Hemingway's greatest work, but I found it a bit boring. I recall enjoying his "The Old Man and the Sea" a lot more.

The Sun Also Rises is 100% atmosphere and mood. It was the first book I read high - not to be too enhancement smoker, but just mentioning, because in that mindset (which is risky) I felt I was really able to appreciate it, just lay back and kinda float in the prose and setting. Took forever because I'd read a page and then space out just imagining rural spain in the interwar years.
You must log in or register to reply here.
Share:
Twitter Email Link
Top