The book documents the passage of the 32nd Infantry from training to engagement with the Japanese in the hellishly, forbidding terrain of New Guinea. After reading it I think I would've preferred the Eastern Front to what these unseasoned lads had to contend with. I knew very little about General MacArthur prior to reading this book and came away with a very bad impression of the man. He put plaudits and his career above the lives of his subordinates, making decisions that he was told by his generals would cost huge casualties to this end. A harrowing read.
A

This is not the first time I have read this book, but the first time reading this particular edition. This is probably Lewis's most obscure book. I have known people who either loved it or found it insufferable. Personally I like it. It was written immediately after Lewis's conversion from atheism and it follows his path from the loss of the faith of his childhood through the philosophical currents in play between WWI and 1930. The title gives homage to Bunyan's Pilgrims Progress. The main character meets Freud, Mr. Enlightenment, Mr. Broad, the clevers, Mr. Halfways, and so on.

The book has many obscure references in it, and several untranslated passages in Greek, Latin, French, German, etc. This edition explains those references, translates those passages, and also includes notes from Lewis himself, as well as an afterword he wrote for a later edition. I had read the book Finding the Landlord, by Katheryn Lindskoog, which is also a good reference if one can not find this edition.

It is a very different religious book as it starts off with "Knowledge of broken law precedes all other religious experience." For someone raised on happy-clapy, fake-it-till-you-make-it, watered down Christianity, it was strong stuff.
G

Ughh... Don't get me wrong, I took away some practical financial advice from reading this (I'm going to start saving 10% of my income). But I felt like this could've been a 20-page pamphlet that the author stretched it out to nearly 200-page, slog-of-a book. It was very repetitive and it felt like a chore to get through. Towards the end of this book, I felt my eyes drifting over the words, not really absorbing what was being said. I guess I'm just not a fan of self-improvement books are the way they're formatted.
Click to expand...

I am reading this book currently. There are a great number of insights in this book. I do agree that it could be a bit shorter though. The book is formatted similar to a lengthy parable.

This wasn't an easy read, but it was compelling. Though a work of fiction, it's a semi-autobiographical account of one man's descent from middle-class respectability into the twilight world of addiction. Fallada gives the reader an unvarnished view into the thought processes of the protagonist, whose self-deception and moral turpitude gradually, catastrophically, redefine him.

This is the amazing story of Italian American Louie Zamperini following his early life as a strong willed child, his transition from teenage delinquent to Olympic long distance runner, to his harrowing experiences as a POW in WW2. I'll leave it there as it'll spoil the story for those, like me, who had never heard about the guy. The book itself was well written, though certain aspects were irritating. Hillenbrand's inclusion of Holocaust tropes detracted from the fact that, as she herself concluded, the horrific experiences of those POWs at the hands of the Japanese have sunk in the media memory hole.

An autobiography full of hilarious stories and redpilled wisdom. Moving onto his God book now. 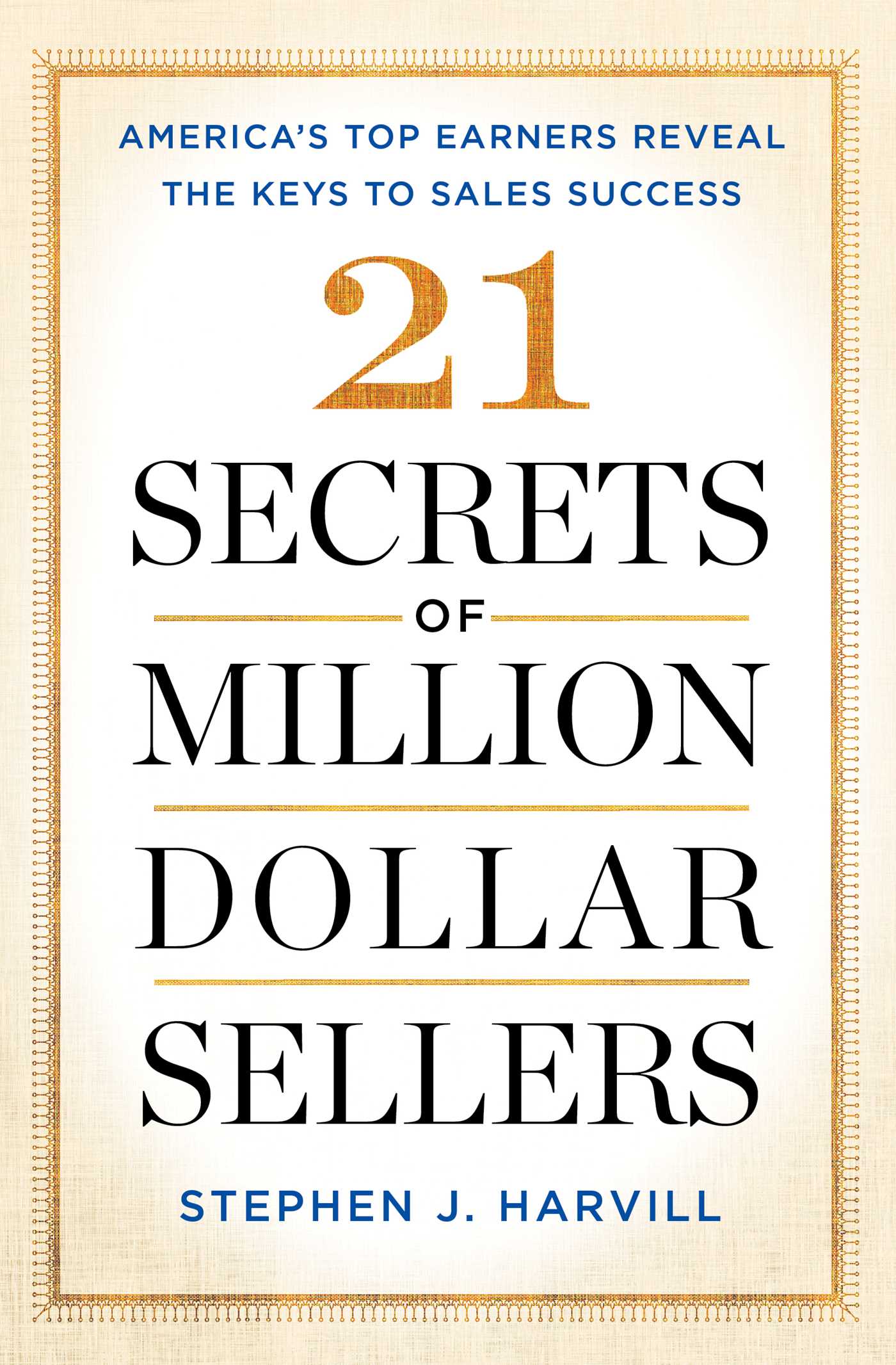 Smart book, that will help you if you are in sales (directly or indirectly) with a myriad of advice and tips including examples based on other people's experience.

I read an abridged version of this book:

I recommend it due to its value as a source of comparison to our own society as we slip deeper into a state of overt control by crazed ideologues. It's also one of the more entertaining pieces of non-fiction I've read.

I've written a somewhat lengthy summary/comparison/reflection which you can read here.
A

Catholic
I finished "The Death of Ivan Ilyich" and "Father Sergius" by Tolstoy. They're short stories.

The first shows the desperation and regret of becoming conscious (at the end of a life) of having lived primarily for wordly rewards (like high socioeconomic status) which aren't a garantee of meaning, satisfaction or lasting happiness.

In the second you have a noble and very capable person that becomes a monk (Christian Orthodox) for the wrong reasons and althought he gains great success in this path, ultimately (after many, many years) he has to abandon it (after a grave mistake) and discover the actual path for his salvation.
Last edited: November 19, 2020

Catholic
In Harm's Way: The Sinking of the USS Indianapolis and the Extraordinary Story of Its Survivors by Doug Stanton

It was Captain Quint in Jaws, played by Robert Shaw, who brought the USS Indianpolis to the worlds attention, and mine. Since I've been reading a number of books on WW2s Pacific theatre, I thought I'd seek out a book on the ship. And what a story it is. By the end, I don't mind saying, I'd been moved to tears a few times. With so many men thrown into the most extreme circumstances in a matter of minutes, after being torpedoed by a Japanese submarine, and then, as the days went by, encountering one hellish experience after another, it was beyond my imagination to conjure up anything remotely equivalent that I could latch onto.
It's a story of heroism, failure, the will to survive, politics and all the manifestations of the human condition. A difficult read, but very much recommended.
P

Catholic
The Naked Communist by W. Cleon Skousen. It's a little outdated but still relevant showing how these ideas have infiltrated the US since the 1930s.

Orthodox
"My Autobiography" by Benito Mussolini and the related "Fascism Viewed From The Right" by Julius Evola. My view of history has been tremendously expanded by reading these books and trying to better understand what actually happened in 20th century Europe.

It has been on my list for a long time, I read Cyropaedia years ago, and liked it better, but Anabasis was really good. Xenophon is definitely under appreciated. 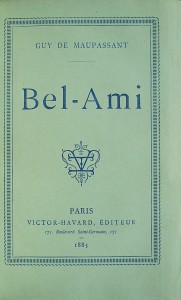 Have you ever wondered what's it like leaving in a hedonistic world, where society is just a cover up for our base emotions?
Funny, since we all see it on a daily basis.

Guy de Maupassant masterfully portrays the decaying end of 19th century. in what can be quickly adapted to our modern day lives. A city where everyone is looking for power and pleasure, is the scenery for a man's rise to the top.
Oh, and there is no "happy ending". After manipulating everyone, and being manipulated himself, our protagonist marries the "girl of our dreams" (young, very attractive, good character and wealthy 18 year old), only to come across his former mistress and think of banging her (right after the wedding).

What impressed me was the writers ability to portray the specifics of emotions and situations. What sin looks like from the sinners perspective, How jealousy takes over and the growth of ambition. Also hidden in the book is the emptiness the soul feels when you are racing to the top, stepping on other people.
H

The good old days They were terrible!

Looks at the negative aspects of American society between the 1860s and the early 1900s, including housing, education, food, travel, work, and health, illustrated with contemporary cartoons, prints, and photographs.

Catholic
Just finished "Siddhartha" by Hermann Hesse. It is a short book (About 115 pages). At first, I thought it was going to be about the life of the Buddha, but it wasn't. Siddhartha is another character in the book who actually briefly meets the Buddha, but decides not to become his student. His journey takes him to become a monk, merchant, lover, and finally a mere ferry operator, but unlike the Buddha, Siddhartha realizes that not everything is an illusion but there are some things that are very real.

RonaldB said:
Just finished "Siddhartha" by Hermann Hesse. It is a short book (About 115 pages). At first, I thought it was going to be about the life of the Buddha, but it wasn't. Siddhartha is another character in the book who actually briefly meets the Buddha, but decides not to become his student. His journey takes him to become a monk, merchant, lover, and finally a mere ferry operator, but unlike the Buddha, Siddhartha realizes that not everything is an illusion but there are some things that are very real.
Click to expand...

I've had many self-described Christians tell me that they liked the Buddhist teachings and that they were compatible with Christianity. I could never get into it.

Buddhism is very passive: you're powerless to do anything about the world so the sooner you accept it the sooner you'll have peace and, as you mentioned, that the world is an illusion so there is nothing of true or eternal consequence. Whereas following Christ empowers us to shape the world in His image, even though this current world is already fallen. To follow Christ is the farthest thing from passivity as I could imagine, it entails with it spiritual warfare that we wrestle with more and more everyday but we can have peace in Christ knowing that He gave us the victory.

Anyways, I don't wish to derail the thread.

Other Christian
1984. A prerequisite to get woke,
A

Fate of Empires by Glubb Pasha or John Glubb. Interesting Brit who served the Jordan legion and describes the tendencies of societies in decline. One particularly interesting thing I found was the presence of singers in the Muslim world, which annoyed the Caliph of Baghdad. However, every season the singers would return.

"The heroes of declining nations are always the same—the athlete, the singer or the actor. The word ‘celebrity’ today is used to designate a comedian or a football player, not a statesman, a general, or a literary genius."