Why do all new buildings in America look like this?

The glass is a terrible look. Sandstone would have looked better.

Salinger said:
This is a picture of the Yale Art Gallery.

To the right is the original building created in Italian Gothic style. To the left is an annex to the art gallery designed years later by Louis Kahn, who specialized in this post-modern crap. Yale administrators were initially perplexed as to why Kahn had designed a building that had nothing aesthetically in common with the current structure. They wanted to know why the only design feature was 3 horizontal lines on the outside. Kahn, being the fraud that he is, told them that he was revealing the floor levels that were hidden in the other building. The idiots at Yale bought this story and today the building still stands, a blight on the neighborhood it resides in.

You know what? I have great Jewish friends. Friends that are interesting, talented, and fun to be around. Israel is a great country whose citizens very welcoming for those who venture to it, gentile and jew alike.

Yet, when you start looking at what supposed, "intellectuals" built over the 20th century, it's about as good as a turd.

They really did everything they could to destroy the beauty of Europeans.

Why the hell are Jewish intellectuals so bankrupt? Why are their boomer enablers so stupid?

The same goes for all of the other crap related to immigration. Why do lesser Jews that get negatively impacted by the moneyed Jews not speak out against them more openly?

I think a lot of these (((cohencidences))) are really atheists that identify culturally as Jews. The truth is, an atheists' God is the devil - yet devout Jews let their crap go on.

There's also a thread on this forum about atonal music. Happened at the exact same time as these post modern abominations. Basically destroying the beauty of Romantic era music for dissident trash.

It's all so tiresome.
Belief in my salvation through Christ is really the only saving grace for this. Jews really do keep trying to build houses on sand. Israel is a testament to that.

Nah, that's inside the building when you work for Amazon - at 80+ hrs/week

Gold Member
^This is the main entrance of the Opera Garnier in Paris, build in the mid-1800s. There is another big opera house in Paris, Opera Bastille, built in the 1980s by Socialist French president Mitterand, who wanted to build an opear house "for the people" at the other side of town (the revolutionary site of Bastille). Here are the pictures of the two buildings side by side:

Interior of the Bastille opera house (contrast with the entrance picture posted by Infowarrior above: 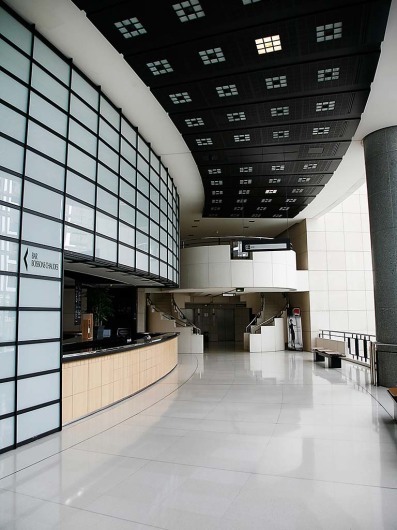 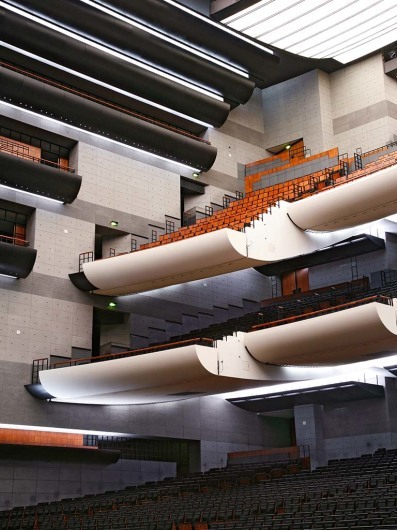 New EPA building, vs new HUD building, both in the Washington Mall:

A lot of these pics are from a good site called Architecture Here and There that advocates for traditional architecture, they had a good article recently about Trump's executive order mandating classical architecture in federal buildings:

I have just now learned that the draft executive order on federal architecture that was leaked last April has today been signed by President Trump. “Making Federal Buildings Beautiful Again&#…

Architecture Here and There

Gold Member
Robert Crumb was a degenerate comic artist, but he got that one piece right, called "A short history of America": 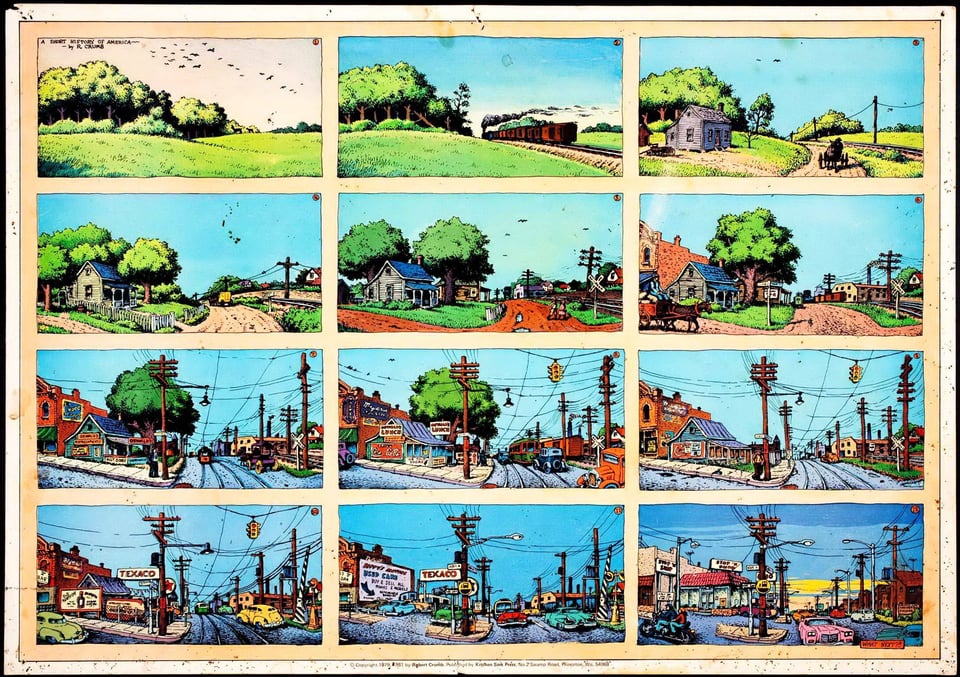 Now if they can do the interior as impressively as the exterior. Then Russia is absolutely based.

infowarrior1 said:
Now if they can do the interior as impressively as the exterior. Then Russia is absolutely based.
Click to expand...

If you ask normal men what building they like most, they always name some classical ones. (I do too). But if you ask some architects than they very often will tell you some of this modern stuff. Maybe because they were trained to do something similar. But I am not sure.

captndonk said:
If you ask normal men what building they like most, they always name some classical ones. (I do too). But if you ask some architects than they very often will tell you some of this modern stuff. Maybe because they were trained to do something similar. But I am not sure.
Click to expand...

But instinctively they recognize true beauty by what they personally prefer.