Why do all new buildings in America look like this?

Utterly depressing to look at that, having been to the unmitigated disaster that is the new Penn Station too many times.

Speaking of NYC, I would love someone to do a critical review of the One World Trade Center Transportation Hub.

Before and after of St. Thomas Episcopal Parish in Washington D.C.

^^^
The new building looks more like a hospital than a church. What a tragedy.

Meet the architects behind the monstrosities.

Roosh said:
I thought it was only an east coast thing, but I saw these buildings everywhere. It's the standard design for all new buildings.

Because they are cheap, profitable and not meant to last. ie, they reflect modern society perfectly.
B

Most of these buildings are knocked down and replaced with these monstrosities in order to demoralise the public. There is a very interesting channel on YouTube going by the name of Jon Levi. Maybe some of you have heard of him before but he goes deep on pre-21st century architecture and engineering feats.

Essentially, he states (and I'm inclined to agree) that most of the stories we've been told about buildings is false, most of these stunning buildings were destroyed and are being destroyed on purpose. Furthermore, some buildings that you find in the United States today are far too old to have been built by the pioneers. The following videos provide an intro into the truth behind the grand and magnificent buildings you see around the world today, and they were not built by the man of today. Hopefully this provides value to some of you.

i do HVAC design on a wide variety of buildings and I can definitely agree they all look the same, right down to the single family residences. I am in Vermont, which is a small little niche market, and every architect I work with designs the same appearance of buildings. Quite uninspiring. I do think there is something to be said for this type of architecture, it is dystopian. My own house that I designed and built is very very simple and is more pleasing to the eye than some of the 5 million dollar residences I have worked on.

I checked to see if anyone else had commented, but perhaps the next innovation in architecture may come from the materials. Namely, wood. There is an increasing shortage in sand (yes, there's plenty of it, how to effectively and cost effectively extract it from the ocean?) Wood is a more holistic material than ugly concrete. Even a horrific office building box will somehow find a way to look lovely in wood. 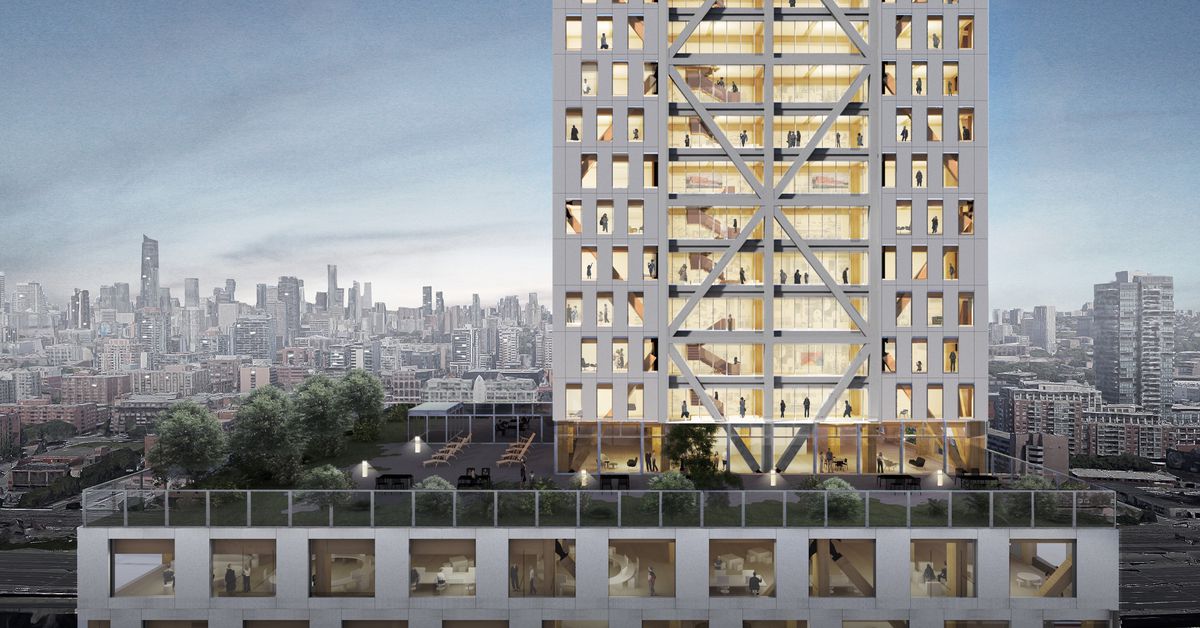 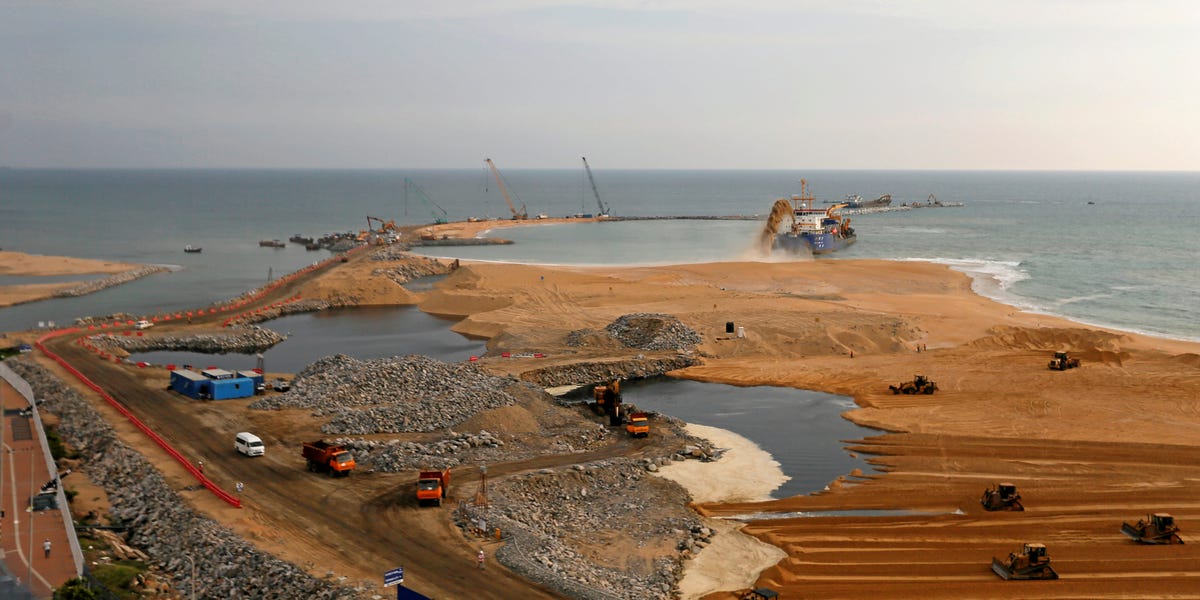 Sand plays an integral role in curbing the damages of detrimental environmental disasters, like hurricanes and tsunamis.

Because we no longer build things for a higher power. We no longer strive for excellence, splendor, beauty. We build for profit and commerce.

You can strive for excellence spendor and beauty without believing a higher power.
Especially when the official doctrine tells you having pride in your work is a sin.

Oberrheiner said:
You can strive for excellence spendor and beauty without believing a higher power.
Especially when the official doctrine tells you having pride in your work is a sin.
Click to expand...

All we have is the ugliness of modernity like the Soviet Union and the modern West that shows the results of not believing in a higher power.

There is good reason to believe a lot of architecture is inspired by demons who hate God:

infowarrior1 said:
All we have is the ugliness of modernity like the Soviet Union and the modern West that shows the results of not believing in a higher power.
Click to expand...

Ugliness was actually intentional in bruatlist and much architecture. Marxism and other leftist ideologies believe that there is no such thing as truth, or beauty or that if people see beautiful things they will have hope and hope is bad because the only solution is Marxism.

Lenin famously said Raphael had to be destroyed for Bolshevism to succeed.
It makes sense, think about if you are anti-Chrstian or anti-Western and you believe we need 'year zero' - to get to year zero the past must be destroyed.

Cost to design. Why pay expert architects and engineers millions to make one off designs.
Cost to build. Generic flat panels are cheaper to make then hand crafted odd shapes.
Energy efficiency: all new buildings must meet energy ratings. Tried and true designs are easier to pass
Maximising space: self explanatory

The U.S. doesn’t seem to have cultural markers akin to shrines in Japan or old towns in Europe. Wonder if it ever will...

infowarrior1 said:
There is good reason to believe a lot of architecture is inspired by demons who hate God:

Everyone check out that Twitter thread. Very interesting read...

It talks about how certain designs, like twisted shapes affect us negatively as humans.

The U.S. doesn’t seem to have cultural markers akin to shrines in Japan or old towns in Europe. Wonder if it ever will...
Click to expand...

A good documentary on this:


I don't think so. I believe the way buildings are built have a spiritual basis:

For example the architectural school that results in modern monstrosities functioned as a cult crushing all other forms. It is imposed by force and we must learn to love it. We must learn to love evil, to love becoming diseased. To have deformity imposed on us:

In Making Dystopia, distinguished architectural historian James Stevens Curl tells the story of the advent of architectural Modernism in the aftermath of the First World War, its protagonists, and its astonishing, almost global acceptance after 1945. He argues forcefully that the triumph of architectural Modernism in the second half of the twentieth century led to massive destruction, the creation of alien urban landscapes, and a huge waste of resources. Moreover, the coming of Modernism was not an inevitable, seamless evolution, as many have insisted, but a massive, unparalled disruption that demanded a clean slate and the elimination of all ornament, decoration, and choice.
Click to expand...

A deep hatred of ornamentation and graceful forms that must be destroyed.

There is evil minds behind those creations. Dark spiritual forces.

Because if what you said were true. Then there will be far more Kitsch than modernist horrors.

Le Corbusier planned to demolish much of Paris to make way for his brutal skyscrapers, and held a top planning post with the Nazis' Vichy collaborators in France. Ludwig Mies van der Rohe tried to get Hitler to embrace modernism as the design template of the Third Reich. Walter Gropius founded the Bauhaus and brought the modernist virus to the United States. He was handed the leadership of Harvard's school of architecture on a platter, and he spread the poison to almost every architecture school in America and abroad. Stevens Curl focuses on uncovering the misdeeds of these charlatans, but there is so much more in his indictment.

The founders' totalitarian experiment was exported to the United States before the war but it took hold only afterward. The long-established dominance of traditional architecture ended with a whimper. Stevens Curl has the hard facts and citations to demonstrate how this came down. He describes how modern architecture was shifted from a niche design conceit reeking of communism before WWII to a symbol of democracy after WWII and used to belabor the Soviets. At the same time, he shows how traditional architecture went quietly from the establishment into the dog house in just a few short postwar years.
Click to expand...

Punchitchewie said:
Cost to design. Why pay expert architects and engineers millions to make one off designs.
Click to expand...

I agree this accounts for the modern ugly strip mall or cookie cutter bedroom suburb, But even designs by 'star' architects for luxury buildings that popping up in cities around the world are ugly and dystopian.
Share:
Twitter Email Share Link
Top