Why do we hate gays so much??

Who in their right minds would support that?

Nukie said:
Ok, thank you for the explanation. That make sense.
Click to expand...

Here is another one, this time from a different angle

Gold Member
If we readily deem that chicks can have lingering issues from absentee or abusive fathers - IE "daddy issues".

Fair bet some kids who are sexually abused are going to turn out worse for wear.

Homosexuality is fundamentally Narcissistic. Think of the nature of Narcissism and its implications.

Nukie said:
Is there any explanation to as why abuse causes people to turn gay?
Click to expand...

The best explanation I've read for this is neuroplasticity, the ability of the brain neurons to wire and rewire themselves in response to sensory input. And the most powerful wiring of the brain occurs during childhood. If a person's first sexual experience is homosexual molestation at an early age, the odds that his brain will wire itself to be attracted to other men in adulthood increases.

To our lizard brain

Gold Member
This thread topic and premise thereof was a homosexual psyop and a degenerate form of homo-trolling.

Some of my favorite people are gay.
A

I don't hate gays, never have. In my radical libertarian childhood, I was quite supportive of other men being gay with the very weak premise of there being more women for straight men, and I couldn't understand why some guys thought lesbians were hot. After I read Libido Dominandi, I became aware that the passions/desires can be manipulated for control, and being a libertarian and hating all forms of control, my view was that a man should be able to break free of the animalistic desires of the lower self, and condemned it on those grounds. I've come to realize that it's a vice, a very disgusting and destructive one, but nonetheless a vice. I know that I cannot support it in any form in society, for it enshrines self-interest over the good of the whole, and it perverts the function sexual organs to just be for pleasure. It's completely understandable that condoms and birth control lead to the acceptance of sodomy.

My view on homosexuals is the same as I view an alcoholic, as someone not necessarily evil, but stuck in his vice, he can still be redeemed if he turns and ceases his behaviour. But realize that the second you hate them as a person, and not their behaviour, you deepen the rut of their vice. You become partially responsible for the reason they're a homo, especially in a society where pornography is widespread, and the users constantly seek novelty, and where television/media promotes this type of behaviour, so you'll get a bunch of low self-esteem people engaging in this degeneracy. With society telling them it's okay some of them may just be too dull to understand other than a having a feeling deep down of something being wrong. It's much more understandable today than it would be in the middle ages, so we should show some empathy towards the people, without ever condoning their behaviour. 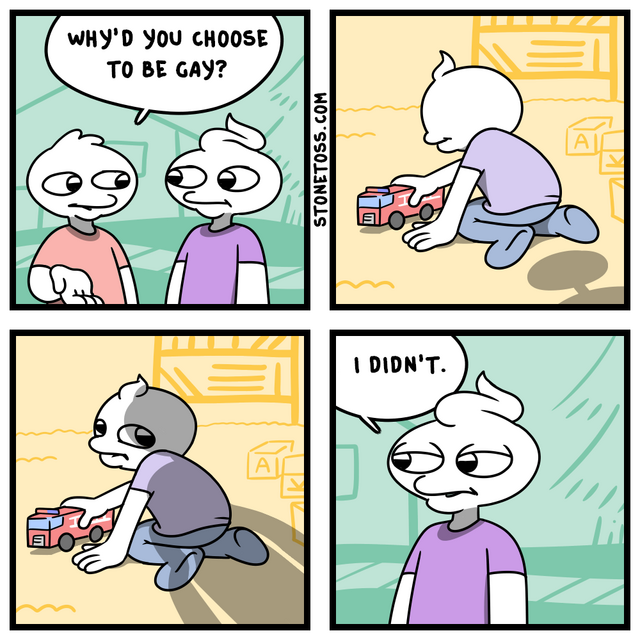