Why Does The Supermarket Play Pop Music?

Banned
Orthodox
This makes me reminisce at how shopping was many decades ago. I remember my grandma starting her day, she would wake up around 7am and drink her coffee on the balcony overlooking the neighborhood getting some early sun. Then she would have a shopping list all set up and go on her journey. Heading to the market the street would be buzzing with farmers coming in with their fresh produce. My grandma knew every single neighbor and their families and would literally stop to converse with each person walking the street. You cannot replicate that feeling of security now. A lot of the stores would even write down money owing if she was missing monies. She would grab meat, eggs, vegetables and spices and head back in time to make sure lunch is ready by 1pm. Also, there was an orthodox chruch near the end of the street which everyone attended.

My grandma was a highly educated trilingual typewriter and translator but chose to be a housewife because she wasn't insane lol. Honestly the life she lived...people think it's all nostalgia. No. It was just better.

Banned
Aristotle explained the destructiveness of certain kinds of music. He held that emotions are produced by melody and rhythm, and that music has the power to form character. According to him musical arrangements are so important that "the various modes may be distinguished by their effects on character. One, for example, fosters melancholy, another effeminacy; one encourages abandonment, another, self-control, another, enthusiasm, and so on." (((Those who form the youth))) known that music plays an important role in the formation of their souls. And for the last half century the music being written specifically for them is of a genre that can make them neurotic, mentally deteriorated and even retarded.
M

Vigilant said:
Could the noise industry, being controlled by the elite, be their way of rewiring our neurons to accept low frequency radiation? If so, they would need noise pollution culture to 'help' us get used to it.
EMRs being increasingly prevalent since the 1800s, seems to have a continuous background high pitch, and it sounds like tinnitus. There's a growing number of young folk who are complaining about this on social media.
Click to expand...

Thats literally me, im 22, started having tinnitus about 2 years ago, never had any hearing problems, my sister has got it too now.
M

The most serene and beautiful music ever made.

This video sums up how a global corporation and a German advertising agency brainwashed a large portion of the world using deception and a catchy jingle. If you ask most people (myself included) to complete the phrase "BA DA BA BA BA" we would instantly respond "I'm loving it!" without even knowing why.

Woman
Fr. Basil Nortz has some great talks about music and how powerful it is. https://www.catholiceducation.org/en/culture/music/the-moral-power-of-music.html

Banned
While I agree that there's a problem, the bulk of my anger is directed towards the type of music they play.

Most of the shoppers are 30 and up. So why do they play this contemporary pop crap which is geared towards a younger crowd? Most people over 40 are not going to like listening to Lady Gaga or Katy Perry, and for some like myself it causes me to leave the store as soon as I can instead of spending more time shopping and spending money.

Once in awhile I will hear older music. But it's rare these days. So rare that I'm convinced that stores are incentivized to play the Satanic pop music over other genres.

And it doesn't stop at the grocery store. Every restaurant in town plays this crap too unless it's something like a Mexican restaurant playing authentic Mexican music. I have to subject myself to this horrible brainwashing every time I go out to eat or meet people? If I go on a date, I'll be forced to take the girl to these same places...and that will affect my attitude on the date. It puts me in a bad mood when I should be in a good mood. So basically, this demonic music is having a detrimental effect on my social life.

How nice it would be to find a bar or restaurant where nothing is playing in the background and you could just sit there and think deep thoughts. Or have a nice conversation with the person next to you where you didn't have to shout to be heard.
M

Woman
Catholic
@Salinger Where I used to get groceries before moving they played depressing 80s breakup songs a lot (think Roxette "It Must Have Been Love", that kind of thing). I theorized it was to make people 40+ sad and buy more junk food lol.

The Resilient said:
When I would go to Nashville to do my weekend uber money while I was in school, I'd usually purposefully play Bluegrass and oooooooold country gospel. I wouldn't let patrons change the station either. I got a lot of flack from the Gen Z & fellow millennial types wanting that filth, but the older GenX and boomers loved it.

They would constantly tell me that their experience in Nashville is not what they expected and there weren't enough country music locations to see.

Being that I was just up there to work and not visit, I never really got the modern Nashville experience that they're getting now, and I'm not sure I'd even want to. My personal Nashville experience is with my Granny, brothers, cousins and aunts +uncle's in 1991 going to Opryland, listening to the Grand Ole Opry and eating funnel cakes... I'll choose to preserve that memory instead of replacing it with the modern pop filled garbage of today.
Click to expand...

Bluegrass is one genre I enjoy. It's classics for peasants

Orthodox
It's been a long while since my brain learned to tune out the music from the malls. If you'd ask me, after we'd got out of it, what song did they play, my honest answer would be: was there music?
F

muhtea said:
Roger Scruton called it "the noise industry". Earbuds with active noise cancellation (I have AirPodsPro and they work pretty well) are worth it, IMO. That said, Aldi does not have any poor excuse for music on at all, which it so much more pleasant with no need to block out the world. If you've ever been to Lee Valley Tools, they have classical music on. It totally changes the experience of the store.
Click to expand...

Don't forget the 7-11 that played opera over its exterior speakers - the homeless and other loiterers stayed away after that. 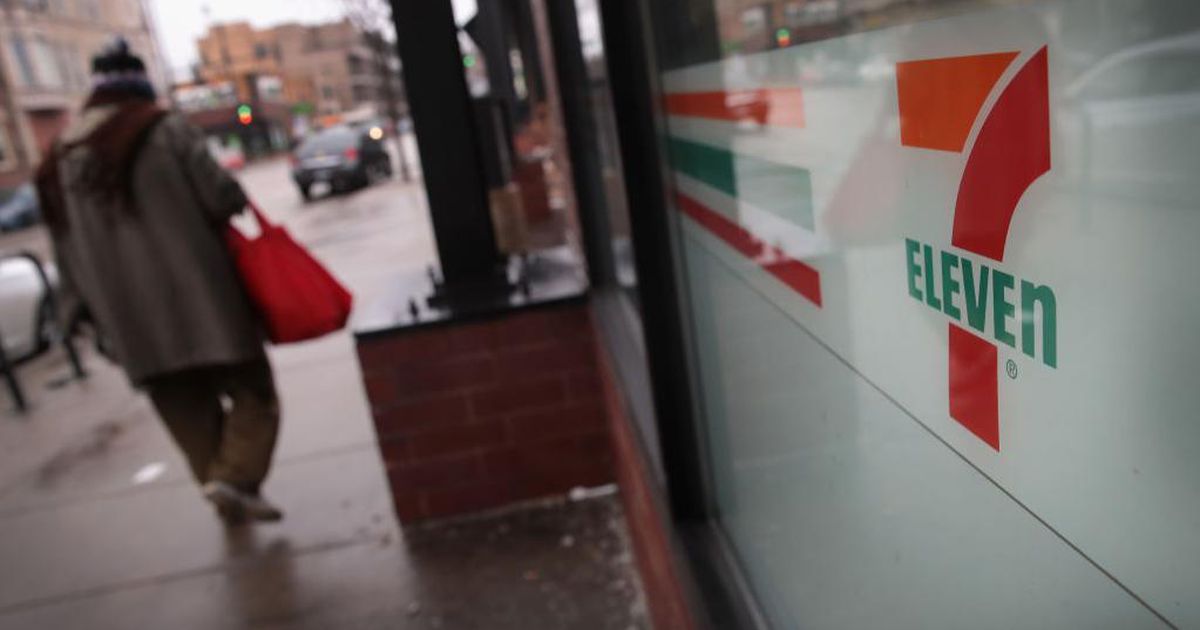 Barry Scrotada said:
Don't forget the 7-11 that played opera over its exterior speakers - the homeless and other loiterers stayed away after that.

Yep, there have been a few similar experiments, like classical music at problem train stations in England. I think opera might make me leave too though lol.

Woman
Protestant
When music disturbs others, it is social theft, disturbance of the peace, and theft is hating to one's neighbour.

Music is an expression of the soul, and therefore an expression of God. It's not a bad thing. There is bad music, and yes bad musicians, but the answer is not to block out all music. Listening to music does not take your mind off of God. Instead, choose the music that speaks to you. Music CAN have meaning but it can also have no meaning if you choose that. It's quite a boring world without music, don't you think?
T

It is the same reason they haven't started playing death metal during a "pandemic". If we are really in a pandemic then why do they still play Lady Gaga in the grocery store? It's about quenching your spirit true, but it's about anesthetizing your flesh to the truth also.
J

Woman
Protestant
We were so careful to shelter our children from worldly influences when they were little. They were homeschooled, no TV, we didn’t give them electronic devices, pre-read their books, etc. And then one child (who was especially attracted to the world) started asking me about some really vile things. It turns out she was paying attention to the lyrics of the songs at the grocery store. That was a horrifying realization. I tune music like that out, but she soaked it up. It made me want to only shop at Hobby Lobby where they play instrumental hymns.
W

Personally it bothers me most at the Gym, where I find the MOST toxic music is played and I have considered wearing ear-muffs that cancel noise, in the future. The Supermarket can be a quick visit and I can mentally drown out others and the music.

Some Supermarkets in the UK have introduced an "autism hour" when no music is played.

Every Saturday 9-10am in every store - Quieter Hour is designed to help customers who currently struggle with music and the other noise associated with supermarket shopping.

Jessie said:
We were so careful to shelter our children from worldly influences when they were little. They were homeschooled, no TV, we didn’t give them electronic devices, pre-read their books, etc. And then one child (who was especially attracted to the world) started asking me about some really vile things. It turns out she was paying attention to the lyrics of the songs at the grocery store. That was a horrifying realization. I tune music like that out, but she soaked it up. It made me want to only shop at Hobby Lobby where they play instrumental hymns.
Click to expand...

Hobby Lobby is run by an unapologetic Christians family, which is why they are always under attack. In fact, Mardel Christian & Education (regional chain of about 40 stores) was founded in the 80s by a Hobby Lobby founder family member.

Other Christian
Gold Member
I don't recall ever hearing music in UK supermarkets, but we do get covid health PSA's over the tannoy every two minutes.
Share:
Twitter Email Share Link
Top