Will the coronavirus vaccine be safe?

Leonard D Neubache said:
That's about the gist of it. As I said, the elites will not risk their plans by doing anything that will make violent reactionaries seem like the good guys.

There are exceptions in relation to factors we are unaware of such as an imminent asteroid strike or some other black swan event the elites are aware of but we aren't. But door to door vaccination will never happen for the same reason door to door gun confiscation wont.
1) Because resistors to that kind of jackboot tyranny would be seen as the good guys and spark wider uprising.
2) Because unlike the old USSR, population density makes it impossible to pull a stunt like that without alerting the entire country on day one.

Consider that we view the roundups during the USSR as a mass event but at the time it would have been a series of events carried out over months or years under information blackouts (a routine event back then and no real cause for concern) all under the public sense that nobody really knew the details of what was going on. Most would have probably hoped for the best, that the people taken from the neighboring village either really were dissidents or that they were going to be returned shortly afterward when their innocence was established. When faced with stuff like that, people tend to hope for the best until it's too late.

But in times like these when a single youtube video can spark mass panic, going door to door over the course of months and months would be an event that would spark mass dissidence and in short order you'd be seeing armed rebellion even in the cuck countries like the former colonies.

Roosh is correct that soft power will be used to implement this plan. If you don't want to take the vaccine then you will either have to move to a second/third world nation or get used to public humiliation and social poverty in the way you might if you refused to get a driver's license, carry a mobile phone and operate in life with a social security number. That is to say, get used to hanging out on the corner with the Mexicans looking for cash-work.

There are exceptions for independently wealthy men or those with the business acumen to go their own way but for the wagies it will either be the needle, exodus, or grinding poverty.
Click to expand...

I agree that its going to be a softer move, China has demonstrated the model already.

For door to door type of ventures, they can't happen effectively anymore unless they turn off social media. If they leave it on, they'll only get 1 block done before the rest of the neighborhood and city is alerted.

The IRS, pre 1980s tax reform actually used to do door to door audits of targeted city blocks until it was deemed discriminatory. It certainly was a good intimidation tactic. However, the IRS also has 'no go' areas of the country where they won't send revenue agents and auditors anymore. Retirees won't tell you where these areas are but they will talk about small towns (presumably appalachia and western US) where revenue agents showed up at residents houses and then were subsequently surrounded by armed townspeople suggesting they leave and not come back. In the 1990's the smoky mountains in TN became a drawing point for tax protestors that would put on seminars and sell books on how to be a tax denier. This movement got squashed in a more modern style by taking the post popular figure of the movement Irwin Schiff (Peter Schiff's Dad) and locking him up in prison at age 78 for 12 years where he ultimately died. That quieted the rest of the revolutionaries.

The anti vaccine penalties are going to be in a 'social credit score' like manner. It will be interesting to see if the response is a migration of anti-vaxxers to more friendly states and municpalities, violent conflict or silent compliance.

Again, the amish being some of my favorite examples of people who have removed themselves from 'society'. In Tennessee a few times a year the state department of revenue would "visit" farmers markets in Amish country and "offer free workshops" to "help vendors establish sales tax accounts" with the department of revenue. The real reason was to monitor, identify and audit the amish who weren't reporting income or collecting sales tax. The Amish did not take kindly to these "free workshops"

Gold Member
One can look at moving to another state such as South Dakota (SD), which is supposedly the only state with a bill that outlaws vaccine and medical mandates. 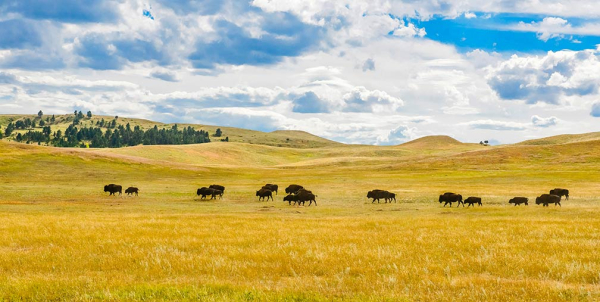 Will there be a medical refugee migration to South Dakota? by Ginger Taylor Who owns your body? A growing number of legislators in South Dakota believe you do. They have introduced a bill to not only end vaccine mandates in...
www.ageofautism.com

The National Plan to Vaccinate Every American - NVIC Newsletter

Co-founder and president of the non-profit National Vaccine Information Center (NVIC) Barbara Loe Fisher outlines the history of the National Vaccine Plan developed by the U.S. government since 1994 in partnership with the pharmaceutical industry to ensure all Americans receive every federally...

Edit. Some states such as Idaho have lax vaccine laws where parents have the right to make medical decisions for their children.

Gold Member
There will be ways to slip through the cracks but the comfy wage cattle middle class life that a lot of people enjoy is not going to be possible for long without getting the jab. I've witnessed and resisted the tip of that cultural spear.
"Please."
then
"I insist."
then
"You know that technically you're on a contract that has to be renewed, right?"

For low brow guys like me the future will be in small business that doesn't require overt corporate supply (think the difference between being a plumber or opening a plumbing supply shop).

At bulk pricing of $0.20 per syringe/needle, the US government just purchased about 550 million of them. 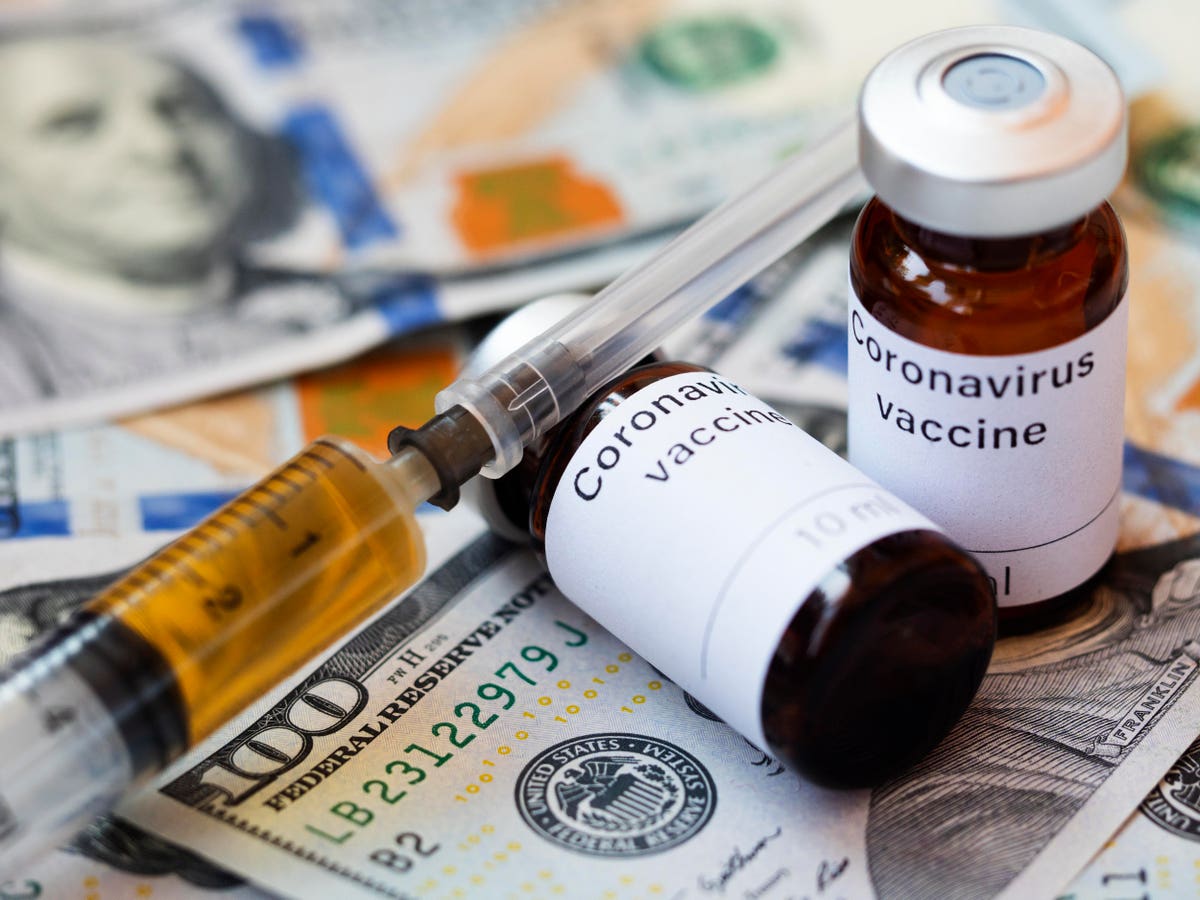 Two companies handled massive orders as the U.S. gets ready to roll out a coronavirus vaccine in the next year.

Gold Member
What can we learn from historical vaccination events?

Polio is the one that comes to mind https://en.wikipedia.org/wiki/Polio_vaccine#1950–1955 It took something like 20 years to develop a vaccine that seemed to work. The Jonas Saulk vaccine took 3 years to be approved and even then there were some screw ups with manufacture and people ended up contracting the disease from the vaccine.

The measles vaccine developed in 1963 had bad side effects and/or led to people developing measles and so version 1 was pulled in 1968. https://www.nvic.org/vaccines-and-diseases/Measles/history-measles-vaccine.aspx and is currently the ire of people that believe it causes autism. Mind you the website has an obvious bias.

They have been trying to make an effective and safe influenza vaccine since world war 2.

So, in 2020 we are expected to take a vaccine developed at the fastest pace ever, for a virus which is essentially a mystery and mutates. This program and its development will be headed by innefective leftists who are in charge of in house diversity hires who are supervising outsourced contractors in labs in places known for their integrity and skill like India and China. I'm sure it will be safe, and effective and have no side effects.
K

...regulation would not make the failure to get the vaccine a criminal offense, but could tackle the risk posed by unvaccinated individuals by restricting access to public spaces – limiting or putting conditions on unvaccinated individuals in the workplace, in schools, in care homes, and in public spaces. Given the balance between the need for public health and personal liberty, the regulatory approach to mandatory vaccination is seen as the more likely response to the public health crisis.

For those who fail to have their children vaccinated, the state may have a simpler solution in declaring those children to require protective services until such time as they are vaccinated, permitting for the lawful vaccination of those children, or legalizing vaccination through schools, and returning them to parental care.

As the COVID-19 virus now counts millions of victims worldwide, and deaths number into the hundreds of thousands - along with making a secondary casualty of the global economy - the race to discover and produce a vaccine proceed continues apace around the globe, with a successful vaccine being...

In order to do this there would have to be the digital ID that Gates is pushing, to tell who is vaccinated and who isn't: the mark of the beast.

The mark of the beast is only supposed to last for 42 months isn't it? It's part of the very last part of revelations, and if that timeline is correct, we still have quite awhile to go. Or am I misinterpreting the timeline? I don't think this vaccine is the mark, I think its a precursor to it.

MusicForThePiano said:
The mark of the beast is only supposed to last for 42 months isn't it?
Click to expand...

What verse is that?

I think it's very possible that revelations was written as a warning, and to give us a fighting chance to stop their satanic plans. 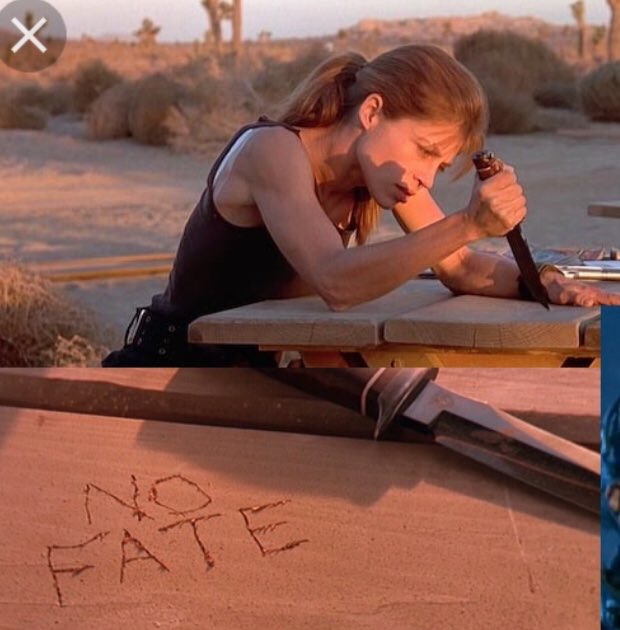 Enhanced Eddie said:
What verse is that?

I think it's very possible that revelations was written as a warning, and to give us a fighting chance to stop their satanic plans.
Click to expand...

I feel the same way. This bend over and keel to evil so that prophecy can be fulfilled sounds like a major con job, just to stop people from fighting. In other news, it seems this vaccine awareness has reached near critical mass, so the next thing the enemy is trying to do is create an army of contact tracers lol

Gold Member
How do you judge that critical mass? Any particular countries where it's the strongest?
M

I think Africa will be the first to violently kick out the UN and their stooges. America has the balls but they're not collected enough in one force to overturn the anarcho-tyrannical system currently making decisions. Perhaps India will too. Any place that was affected by Gates will resist stronger because people do not forget the evils done to them. Just like how Russians do not forget the Bolshevik devils who agonized them for 75 years.

Gold Member
Trump claims "military will distribute vaccine" What a dumb thing to say and, if it happens, even dumber to do. 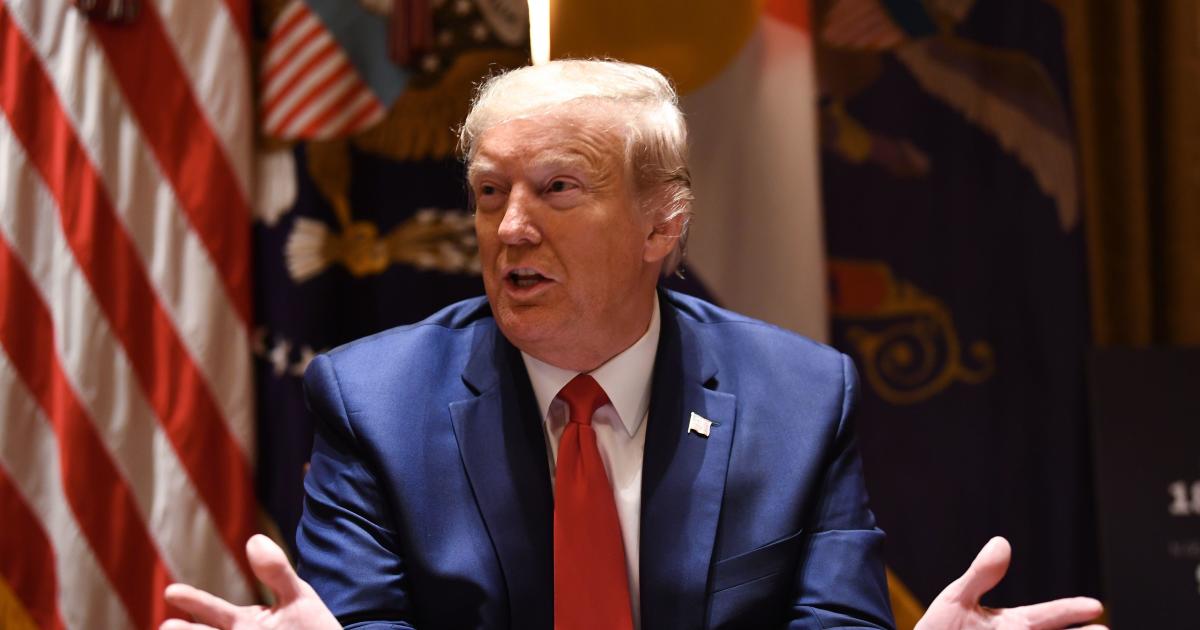 The president expects a vaccine to be available by the end of the year, a much shorter timeline than most experts suggest.

Just the symbolism behind the military "distributing" the vaccine is very bad optics. It smacks of totalitarianism and forced vaccinations. I hope he changes his tune on this.

Many vaccines take 10, even 15 years, to develop successfully. Anyone wanna signup to be the tester for the Gates vaccine?
You must log in or register to reply here.
Share:
Twitter Email Link
Top