Will there be a mass dying off of the vaccinated?

Gold Member
Will there be a spike of deaths this upcoming winter?
G

Viktor Zeegelaar said:
An interesting figure to study with regards to this topic is Jonas Salk, founder of the polio vaccine, so called ''father of vaccines''. I read his book the survival of the wisest, which I wouldn't necessarily recommend as it's a quite technical/philosophical take on evolution, the gist of it being the population is exploding and we need to change perspective from quantity of life to quality of life (translated, this means going from many people to fewer people), as we were fighting against nature and now we're fighting among ourselves. According to him the wisest will survive, being the relatively small group that understands evolution the best. It is interesting to think about the question what someone like him, arguably the biggest name in the modern vaccine industry, implicitly (survival of the wisest, a small group) and explicitly (too many people is too many problems, we're fighting against each other now instead of against nature) come up with a paradigm where humanity has to be shrunken, whereas vaccines are supposed to save lives. Bit contradictory isn't it. What I took away from this book is that these people are obsessed with experimentation, injections and ''progression'' whatever that is, never having peace with the state of humanity, often linking it to some notion of personal development, and Salk in specific tying it all to a ramble about Being, Ego and Consciousness, spiritual/philosophical issues. So his perspective is more of an evolutionary psychology point of view than evolutionary biology. As I said this book isn't the most revealing on this topic, but it gives some insight. I'd recommend the population bomb and the next million years as more shockers, if you're interested in the elite perspectives on population control and depopulation.
Click to expand...

Clearly the people behind vaccination are and have always been eugenicists, from Jonas Salk to Bill Gates. To believe they have the best interests for humanity and vaccines were introduced to save millions of lives when they specifically state that the biggest problem for the world is that there are too many of us peasants.
The Darwinian theories are nothing more than eugenics, they couldn't care less about the beaks of finches or the environment, they only care about controlling humanity, to the point of who and for what purpose can procreate.
St Paul warned us time and again about these people, and the things our itching ears want to hear.
But in the end the joke will be on them, as they like their master will be cast in hell.

URGENT: Worrisome paper about the spike protein's impact on DNA and DNA repair

This science is at the edge of my ability to understand, much less critique, but the authors are real and at two major Swedish universities. The…

AB commented on this also.

I posted that video without realizing you did it first.
M

Wutang said:
Will there be a spike of deaths this upcoming winter?
Click to expand...

At this point does it even matter? they will fall for the next hoax, next jab, next miracle pill.

May God have mercy on them.
E

COVID mystery Denmark, Finland and Norway excess deaths are higher than in their worst Covid outbreak. These mysterious excess deaths happened in time conjunction with vaccination rollout.
Click to expand...

What’s so disturbing about this chart is that it shows how the vaccines target the young. “While the COVID death toll has been largely confined to the elderly… it’s the young who are bearing the brunt of vaccine injury. According to VigiAccess, the adverse event database for the World Health Organization, 41% of the more than 2.4 million vaccine injuries reported so far are among those under age 44, and just six percent are among people over age 75.” (“The real pandemic has just begun, and it’s COVID shot-induced heart attacks in the young”, Lifesite News)
Click to expand...

Weekly deaths update from the CDC. “Despite” being over 80% fully vaccinated, since 24-Jul, over 65s deaths in Florida are 14% higher than same period last year. “Despite” at least 50% full vaccination in the under 65s, deaths are up 46% and will rise as reporting catches up.
Click to expand...

As predicted, they will now blame it all on the people who refuse the shot and lock us down (as in Austria).

As predicted, they will now blame it all on the people who refuse the shot and lock us down (as in Austria).
Click to expand...

What we see is Stockholm syndrome at a global state, with a hyped up and manipulated population does anything to get the approval from him who took them captive. It's pretty funny actually when you think about how many times the hostage taker can lie to the one taken hostage, before he who is taken hostage starts to realize he's being duped. I guess the longer time goes on the lesser that possibility arises anyway, because the more deluded the person will be to see any sense of reality, moreover the psychological mechanism of investing is at play here and people at this moment have invested their whole world view and often personal brand and self perspective on this scam. It truly has become a religion, with the experts as the Saints, the vaccine as the eucharist, the media as the deacons, the daily news shows as the choirs, the QR scanned entertainment venue as the Church, lies as blessings, ensuring that al 80+ people will never die as salvation, 3 weeks to flatten the curve as faith, hate and fear as virtues. Personally I think by the way that these death statistics we're seeing is not something major, yes there are people dying in somewhat significant numbers but it's nowhere near the 95% they want to get rid of eventually. Probably more like if you break an omelet you've got to break an egg, or forecast of what we can expect in heavier magnitude later.
C

We're already seeing heart, blood, neurolgical, immunity issues with the vaccinations because of the above; And we'll see more and more of it. But there will be no way to prove it, unfortunately. It'll be blamed on everything else but the vaccinations.
F

Protestant
There was Novavax/Covavax NON-mRNA vaccine without the spike protein that has shown more than 90% success against infections in trials. It was supposed to be available by this time. But America put their boot down to stall it indefinitely. Good times!

Gold Member
How it started:

“We were not at all ready for this shock. He was outside taking Gizmo his best friend and sidekick for a walk before he hit the road again, and had an unknown medical episode and was found by the neighbors” said Katie his niece.

Richard was very open about his vaccination status online and would post frequently encouraging and belittling others into getting the vaccine. Here [above] were some of his final words to anyone still on the fence about vaccines.
https://localvegasnews.com/candidat...dog-just-days-after-getting-covid-19-vaccine/
P

Orthodox
On 9/23/21 Petra Mayer of National Public Radio was advocating for child vaxxines:

Cozy Up With These Top Books For Fall; Parents Of Toddler In Vaccine Trials : Here & Now

NPR Books' Petra Mayer shares a bunch of book recommendations with us. And, Pfizer-BioNTech announced that its COVID-19 vaccine for kids ages 5 to 11 is safe and effective. Yet even for parents excited about it, the shots can be daunting. Maggie and Pierce Sandwith's 2-year-old daughter Caroline... 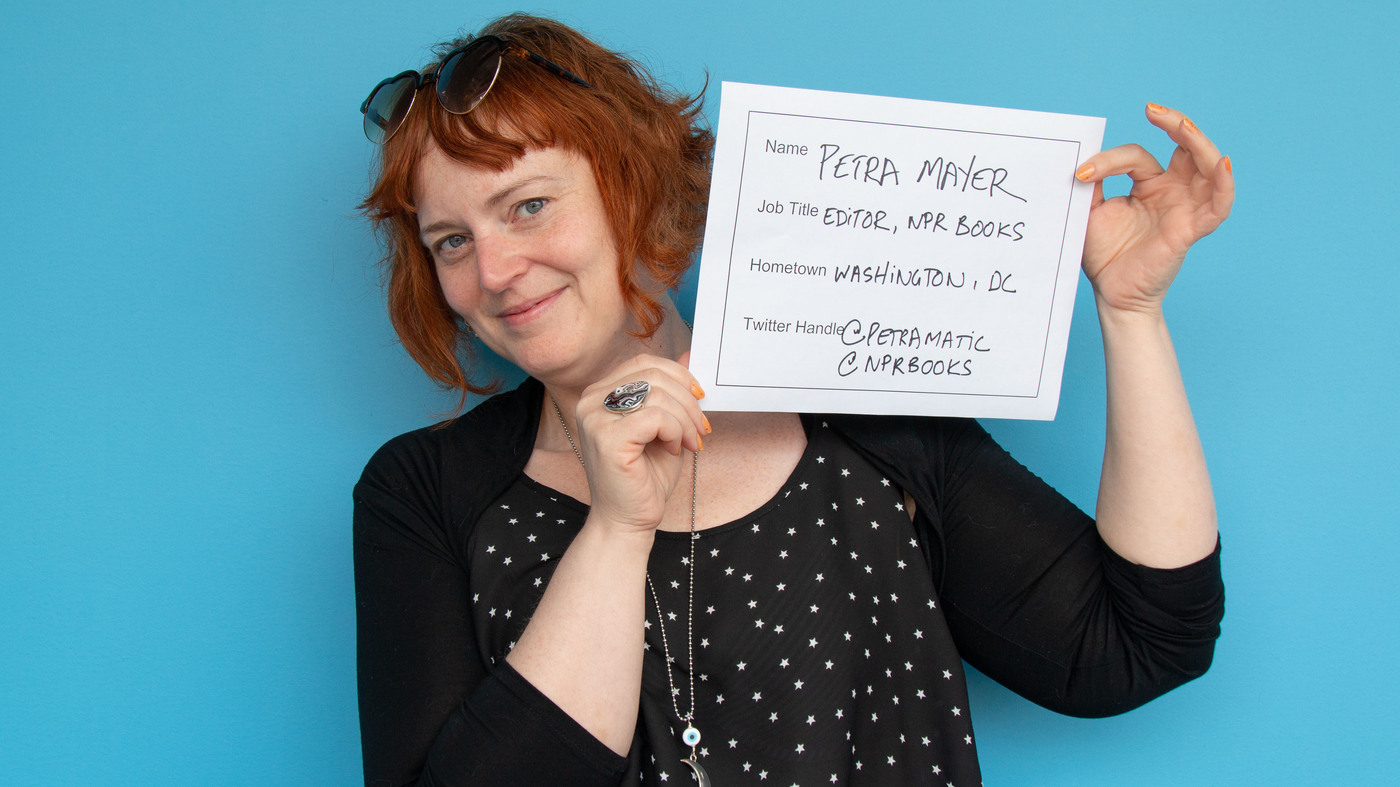 Mayer, a self-described "resident nerd" on NPR's Culture desk, was known to her colleagues for her humor and fierce enthusiasm for sci-fi and comics, passions she shared with a national audience.

There was a very well put document shared in the forum with approx figures of 150k dead in US alone.
If that's the case and I believe it is, then millions in US alone are already suffering crippling medical conditions and you can barely hear from them. The pride of vaxxers is huge.
E

Life comes at you fast...

(Astro forced vocalist out due to latters reluctance to take vaccine) 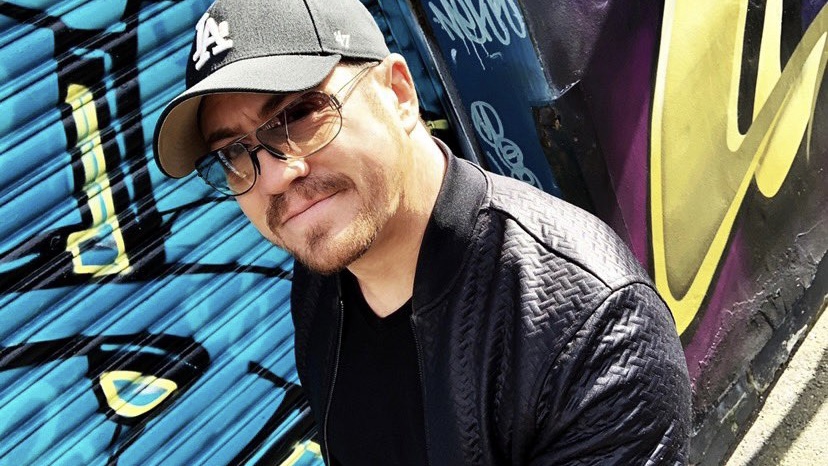 The singer joined the splinter group in 2011, which also stars UB40 members Ali Campbell and Astro.

Orthodox
RFK Jr. falsely claims that the COVID vaccine 'appears to be killing more people than all vaccines combined' 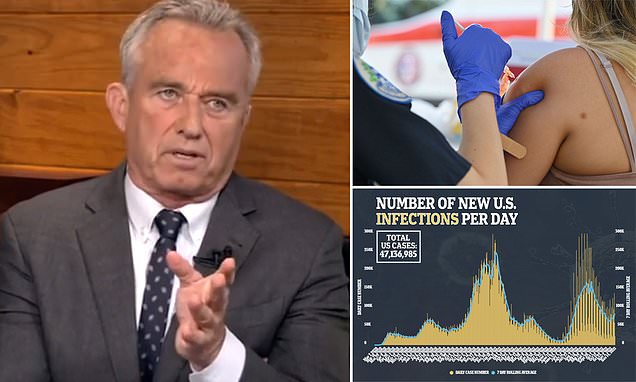 Environmental lawyer and professor Robert F. Kennedy Jr. has been a vaccine skeptic for years, causing his family to denounce his views in a 2019 op-ed in Politico Magazine.

Orthodox
(i posted this elsewhere, but it's probably more relevant here)

A variation of this does have me wondering about whether it really is an across the board pre-med'd cull.

Were that the case, then you'd have thought that at least one or two leaders would have either made a run for the fence, or fallen on their sword with a 'Rivers of Blood' speech, thus securing their Good-Guy legacy beyond their inevitable crushing removal from office, car crash, decision to commit suicide by two shots to the head, whilst out jogging etc...

And i dont really buy that they are somehow 'fooled' or tricked into believing the jabs etc are harmless & vital either. Each major govt must have intel on what's going on, even in a vague sense.

So it's either they are wholly controlled 'life-actors' that do or say whatever they're told (my take FWIW), or they are utterly ruthless, self-interested bloodthirsty mass murderers in waiting, and are happy maintaining a happy, smiling front, while encouraging people to inject their 8 year olds with poison.

The latter i just dont really buy. Even the scumbags that they are, i think we'd see far more fraying around the mental ed
ges of some of them, were that the case. I dont think humans are really capable of that level of evil to their own people, including children, without either being absolute psychopaths, or gradually falling apart from the strain of it. Which i find hard to believe. It would show, ultimately.
M