I was literally watching a video from you when it happened. Try streaming from DLive in the meantime

My video archive is here: 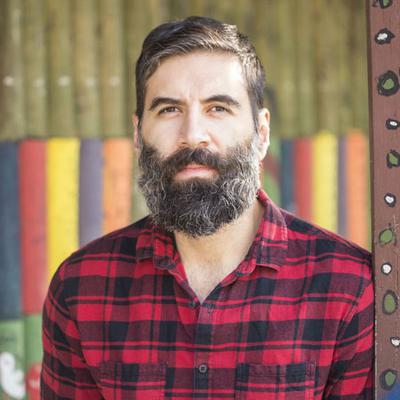 YouTube operates under the devil's rule, so no surprise there. Unfortunate, but necessary. Shake off the dust and go on brother.
"And whosoever shall not receive you, nor hear your words, when ye depart out of that house or city, shake off the dust of your feet. " Matthew 10:14
T

I knew this last stream was going to do it.

Wow... coincidentally I had just finished watching your last upload from this weekend at 4PM eastern today. YouTube is officially a DEAD platform for conservative/right-wing content creators. You were the last person that I followed who had survived the YouTube purges of the past 2 years.

The only thing YouTube is good for now is educational content, in my case, Catholic content. Seeing how rapidly the elites are encroaching on Christianity and inciting leftist to iconoclasm and burning of Catholic churches here in the U.S, even those types of videos unfortunately are not to last much longer on YouTube.
Last edited: July 13, 2020

Gold Member
You know, you dropped off apple-in-the-car's youtube app a little while ago. That happened once before, then your channel came back. The censorship is a little stronger in the car for some reason. Same thing happened to Davis Aurini. He dropped off the carplay first, then was banned a little later.

All the fun and interesting voices on the right have been purged. Truly a bad state of affairs. Who's left? Sargon, Crowder and PJW. How long before they're deleted? In fact, with Crowder, they had a good opportunity a while ago to get rid of him. He was frequently targeting that Carlos dickhead from Vox. But they let him stay.

It's weird and inconsistent.

Of course they care nothing about content creators on the right. Not even giving a basic heads up to back up their account. Just a deletion, without prior warning, of accounts that are in good standing. It really is contemptuous behaviour.

Dang. They even deleted my downloaded roosh hours. I knew I shouldn't have driven back down the mountain to cell service again.

Youtube already purposefully broke their algorithm, where if you search for something specific, all you get is "curated content," meaning, officially produced videos on a subject from the 6 big media company all owned by the same group of people.

They already hid certain search results where they would not show up until the second or third page of results, so that you could instead be fed propaganda.

They already broke "suggested videos" which used to actually introduce you to new videos in a similar vein to what you were currently watching, and helped you find new interesting people to follow. Ironically, this feature introduced a lot of people to alt-right adjacent ideas and red pilled perhaps millions of people.

They ruined the user experience with ads (I finally found a Mac program Wipr that got rid of them, but no good solution for Windows). They sometimes run 20 minute long ads from scammy get rich quick schemes, interrupting pleasant background listening of music or interesting talks.

They banned any kind of alternate thought, which is the whole point of going online and hearing from small independent voices. Their policy states you can't do anything that encourages dislike of a person or group of people.... we are all supposed to just love everyone? Pretty sure there are people even THEY *want* you to hate.

They temporarily introduced very profitable payments to video creators, spurring interest in the platform, and supply of videos, and then gradually cut payments back to almost nothing. Only videos that parroted the message they approved could receive a gold coin.

They became a place where people were afraid to speak the truth, or express themselves, so really this is a good thing, because who wants to be part of a paranoid echo chamber of fear?

They banned political messages of nationalism and certain military content from a very misunderstood period of world history.

And never forget our dear fallen Iranian Vegan Kung Fu Sister, who Youtube struck down and stole from us last year. To YouTube, I say Good Riddance. There is no more reason to use this spyware product, and it has become nothing more than corporate TV delivered through an internet wire instead of a tv antenna.

FYI: I listen to Roosh's YouTube content in the Kingmaker Podcast. I think most of the videos are uploaded as a podcast a few days after airing.

Gold Member
Acco recently posted how to replace Youtube with a mirror.

I think it's better to invest your time in something else.

It can't be long until they start going after domain names.

Going to talk about it a bit now: https://dlive.tv/rooshv
V

Sadly it was only a matter of time, I got halfway through your latest video Sunday and planned to watch the latter half today. A crying shame, but I'll still be following on other platforms.
S

We're in a big censorship wave right now. You've been on the chopping block for a long time, Roosh. The censors are gearing up for the 2020 Election in the US. There was no particular thing you said to get banned, they're just taking the opportunity now to go after anyone speaking truth.
F

What on earth was in the content of the latest roosh hour in order to enable the entire channel to be deleted? I know they hated you, but what was the straw that broke the camel's back?

Good info is on Telegram anyway. Fuck Youtube. It just sucks you have to read it on your phone. Might start mirroring on mac. If you were deleted is because your too close to real info.

Telegram. I´ve started searching and reading them because of coronavirus.Before crisis didn´t knew they existed. There´s one channel with banned videos.

In book tactics of communism they say anything against communism will be labeled as fascism. It doesn´t matter what. If it contradicts communism it´s fascist.

Elites scam sheep by creating a differente narrative which suits them. They probably have a playbook for this titled "How to scam the pleb". First thing to do is reduce sources of information to minimum. Second step sources of information available/certified must conform to script. Third moment push well crafted script to plebs by obedient sources which will reap part of the scam profit. Plebs start giving away money (which is units of labor time) to the elite without ever realizing they´re paying for nothing. Just like mafia protection program. Actually elite is like mafia but with more civilized proceedings.

So you appear in the middle of this and start preaching to the sheep. Making it harder for the scam. It´s like someone riding in subway. The pickpocker is about to act. And you start warning the mark. Be careful there are a lot of pickpocketing here. You are costing money man. Every stream you make costs them cash and time.
Last edited: July 13, 2020

Time to make a pity donation!
B

Good luck moving forward from here. Like you said, it is tough to rely on DLive or any other site as one day they too may get eaten up by the spider. Perhaps for the time being a solution might be to stick to audio only. I know I personally rip the Roosh Hour's to mp3 and listen to them on my mp3 player as I'm doing other things. I imagine it would take a lot of the headache out of hosting from your own site if it were just audio files only.

Teddy B said:
I knew this last stream was going to do it.
Click to expand...